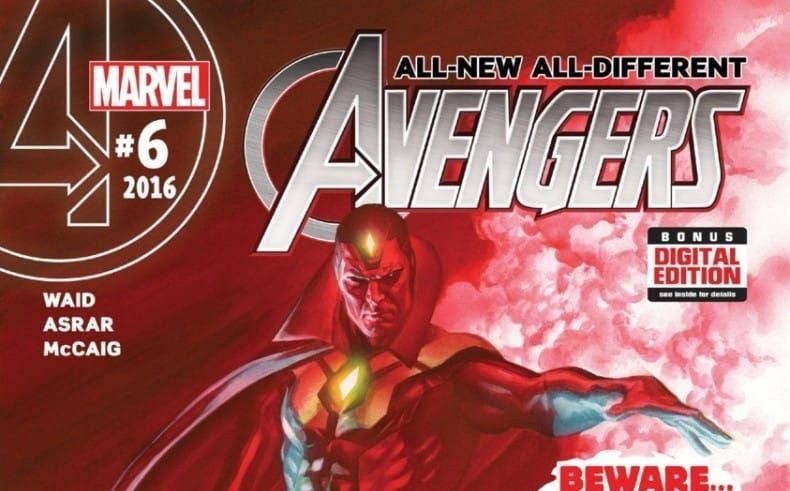 I have to confess, so far this run of ALL NEW ALL DIFFERENT AVENGERS has been a bit lukewarm. The introductory story of how they came to be the Avengers felt underwhelming. It didn’t feel cohesive, and actually felt slightly forced. The remaining issues dealt with the Vision, and how he was playing the Avengers. With that mystery, and some very nice character writing from Mark Waid, it got back on track a bit. 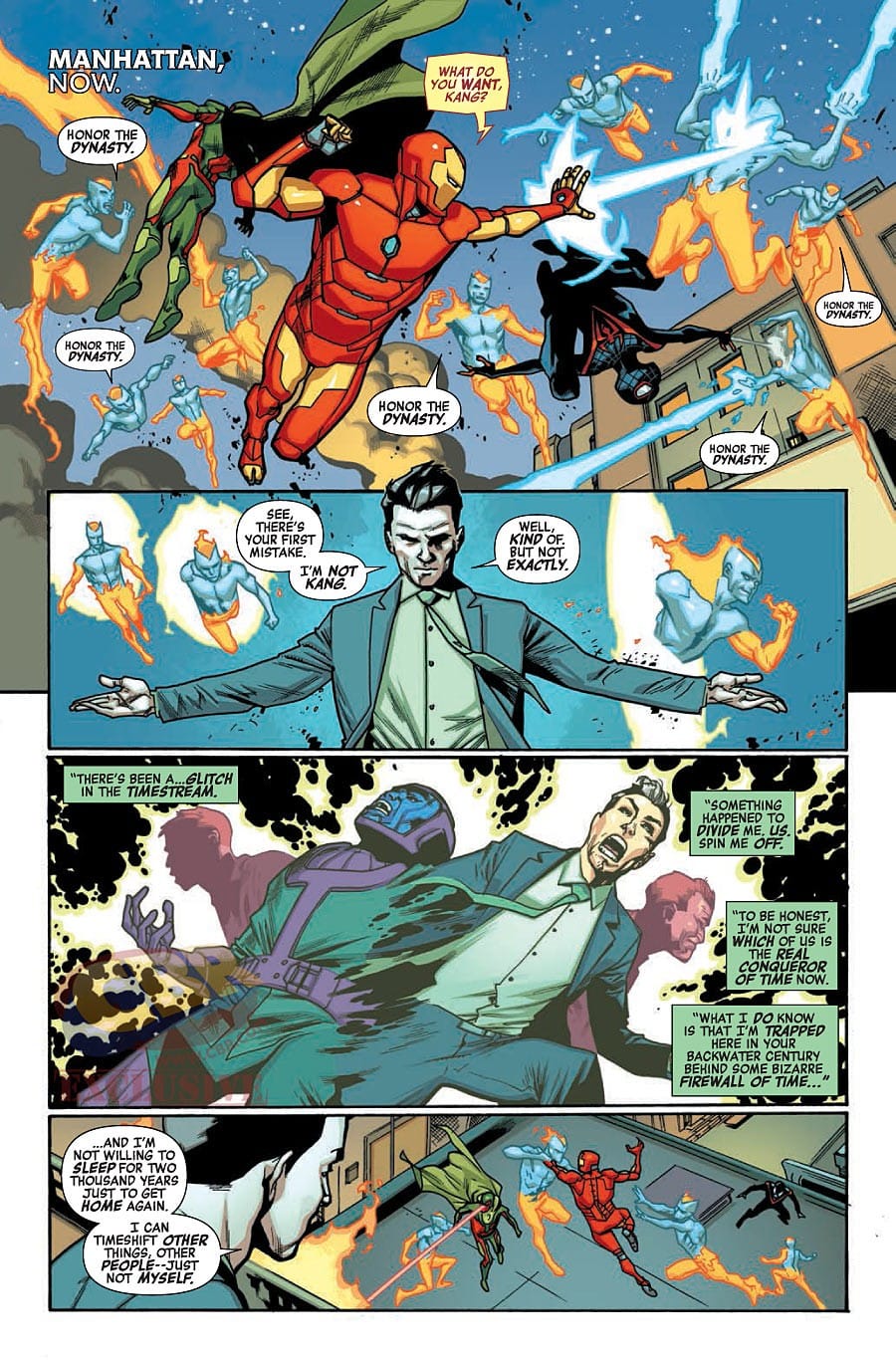 READ: See how the ALL NEW ALL DIFFERENT AVENGERS began in our review of issue 1!

Issue 6 manages to pull all those loose threads together and bind the Avengers in a somewhat solid finale. Sam and Thor have been sent to the future by Kang. Separated from Mjolnir,  Thor turns back into Jane Foster, and it turns into a race against time to resuscitate a weakened Jane. Meanwhile, Ms. Marvel and Nova realize they’ve both been tricked by Vision and resolve to save the remaining Avengers from him. This leaves Iron Man and Spider-man with the unenviable task of fighting Kang and a team of time-displaced Equinox without any backup.

The action is full on, crackling with punches and laser blasts, courtesy of strong inks by Mahmud Asrar. His panelling work is well-balanced. Some are choc-a-bloc with detail and full of movement. Others are devoid of background, focussed on strong character moments. His thick line work makes everything feel solid, and Dave McCaig’s colors work well in tangent with Asrar. I’ve never seen a more sinisterly rendered Vision before. 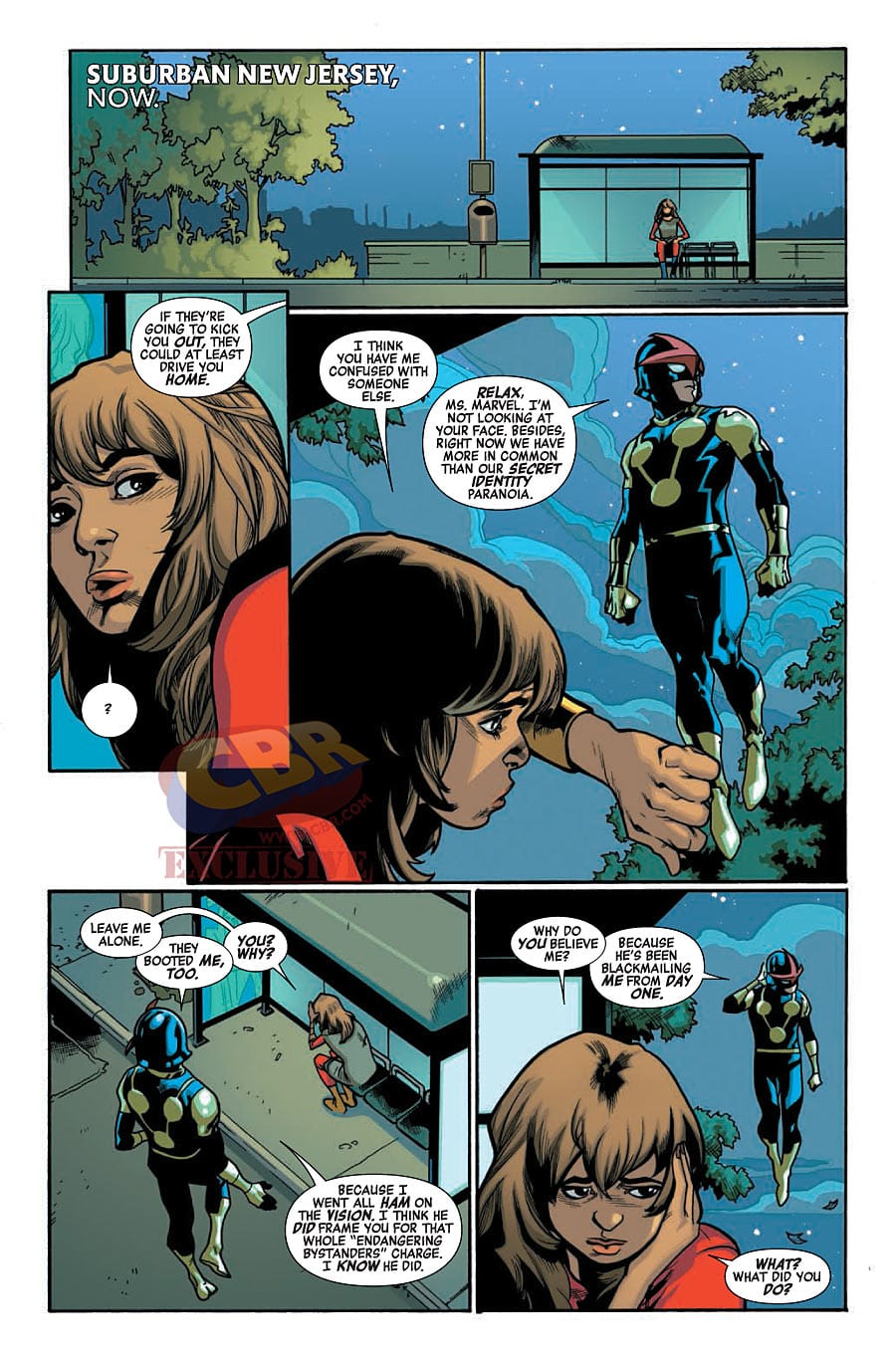 READ: Kamala has problems of her own in MS. MARVEL #4!

Waid’s script is full of zingers and quips, with a plot that is at times head-scratching but makes sense. However, there were a few actions taken by the heroes (and specifically Spider-Man) that made me re-read those panels. Those actions felt confusing, explained poorly, and made me lose sight of the finale. Saying that, the seeds of a budding friendship between Jane and Sam are sown. Instead of ending on a tease for the next arc, the issue ends on a sweet and small moment. And those moments really make up for the inconsistencies in plot and pacing.

Overall it was one of the stronger issues, but I can’t help but feel that Waid is not as into it as expected. Six issues in, and I don’t feel the hype for ALL NEW ALL DIFFERENT AVENGERS.

ENGAGE: Discuss your thoughts on the Avengers latest adventure in our forums!