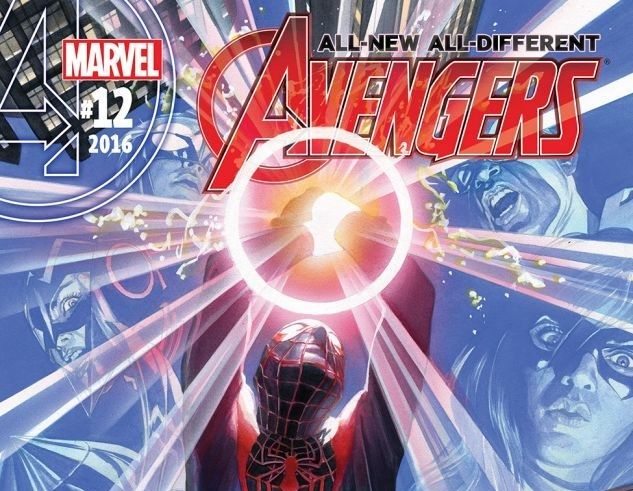 In terms of climactic final issue battles, I’d say that ANAD AVENGERS #12 takes the concept of “teamwork always prevails” and really uses it to the fullest. With the alien shipwrecked survivors away from harm, it’s time for our heroes to settle things once and for all with Annihilus, whose Blackstar weapon still remains fully operational. Sporting numerous action moments and character interactions, this issue might be a bit weak in its characterization department, but makes up for that by being a kickass final battle. It brings this chapter of Nova’s search for his father to a close and leaves the Avengers victorious again, just in time for them to get involved in CIVIL WAR II.

There isn’t all that much to say about the plot here, as Mark Ward clearly wrote this issue with the word ‘endgame’ in mind. In previous issues, the investigation of a possible clue towards the location of Nova’s father led to the Avengers getting captured by a tyrant named Annihilus. He’s a standard baddie with plans of world domination, wishing to create an opening between universes in order to launch his Blackstar weapon against everyone. The Avengers manage to free those whom he has enslaved and escape using Annihilus’ Nega-Bands to get everyone to safety. However, with Spiderman still trapped in the Negative Zone, the Avengers must make a last stand against Annihilus’ might, working together to destroy his massive weapon so that he cannot harm any more lives.

This issue is very much your standard third-act climax sequence with a heavy emphasis on action, rather than exposition or character development. However, with the majority of the Avengers outside of the Negative Zone, save for Spider-Man, the way in which Ward manages to give each character their respective screentime is decently executed. Using the Nega-Band allows the characters a means of “tagging-ins” with one another, swapping with whoever else is wearing the other band in the Negative Zone so that they can take the other’s place. And while this could get a bit repetitive (fight, tag-in, repeat…), they manage to shake things up by giving each character something different to do, rather than wait in line for a chance to beat up the bad guy. Even though it’s not the most climactic final fight ever drawn in comic book, its what ANAD AVENGERS was going for and I can’t really criticize that.

READ: Enjoy ANAD AVENGERS? Catch up on the series here

Briefly interrupting this Avengers vs. Annihilus showdown are a couple panels showing Janet Van Dyne and the new Wasp Nadia, Hank Pym’s daughter from his first marriage. This sequence plays itself as a fun girl’s day out, with some added set-up for future ANAD AVENGERS issues. It’s essentially a harmless B-plot that will later have a larger role as the series progresses, but it also doesn’t really add much to impact the main storyline at all. What’s more, the way in which the Janet/Nadia story is integrated into the main plot doesn’t flow all that well, with the need to stuff these three pages into the issue, grinding the A-plot to a screeching halt. It doesn’t necessarily ruin the issue in the long run, but the way in which it was implemented could have been done a lot better. 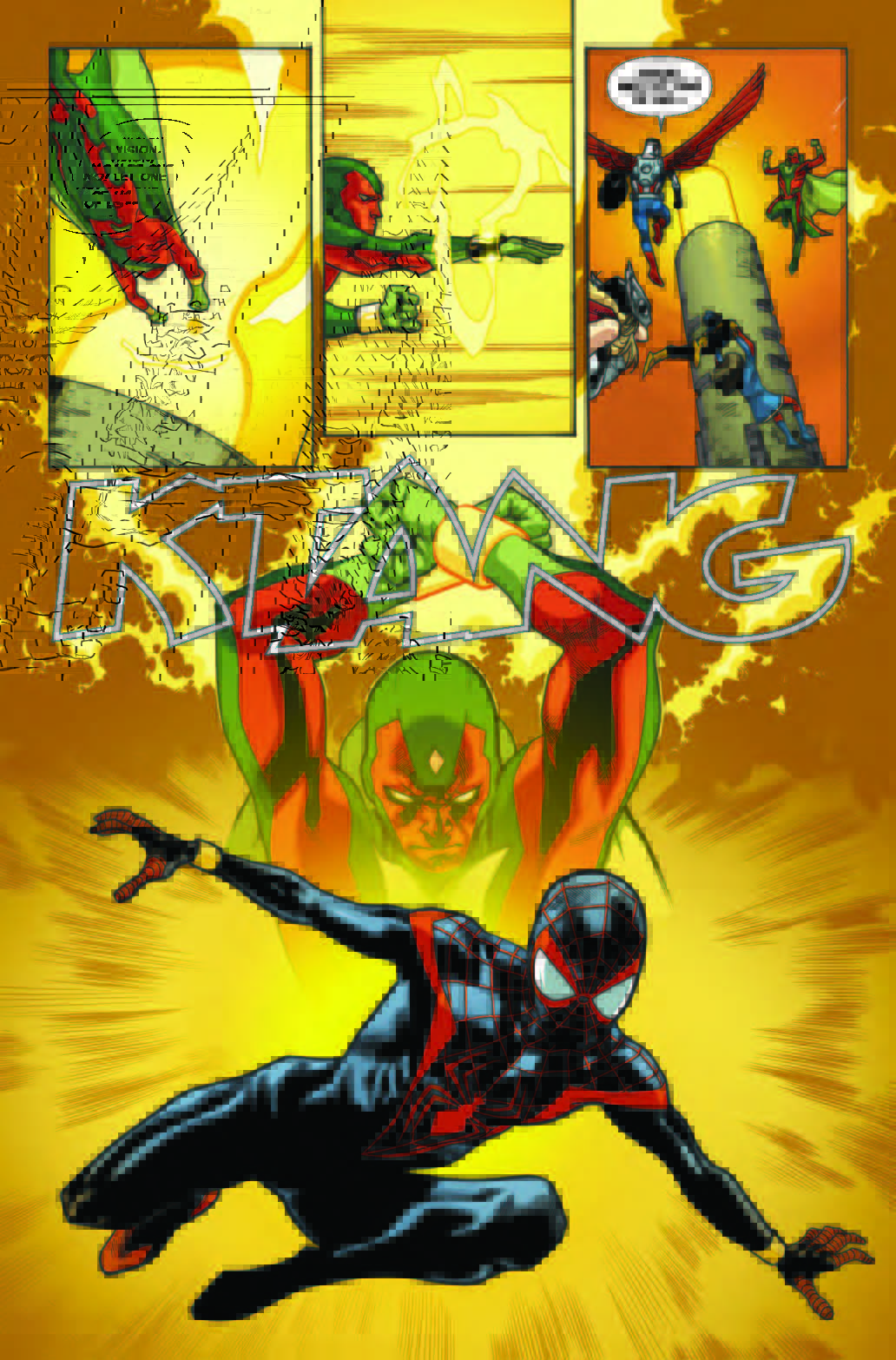 While character development in this issue was mostly passed over in favor of fighting and punching, there was some degree of depth given to Nova. It was his desire to find his missing father that got the entire team caught up in this mess, so it makes sense that he feels the need to end this mess himself. And while the issue doesn’t offer Sam Alexander the closure he wanted, it does manage to create a sense of hope and optimism for the near future. Apart from him though, the use of the remaining Avengers gets the same response that I feel regarding the artwork: just fine. It’s by no means awful or abysmal, but the cast is just sort of… there: necessary to drive the plot forward but nothing beyond that. The same thing goes for the art design as well, as Mahmud Asrar can’t seem to maintain the same amount of detail per page. Sometimes the facial designs and background are well drawn and detailed, and other times they feel like outlines for background characters. Similar to the B-plot, these problems don’t hinder the story that ANAD AVENGERS #12 wanted to tell, but it makes the issue feel merely decent as a result.

READ: Check out how it all began in our review of ADAD AVENGERS #1

ANAD AVENGERS #12 is, at its core, nothing more than a final hero vs. villain showdown. Each character is given enough time to leave a small mark amongst the action, but at the end of the day, it’s only Nova who gets some necessary character development. There are things here and there that could have been more refined or better implemented, but in the end the writers just wanted a classic comic book final boss fight. So, while I can only rank this issue as plain decent, I’d still say it succeeds at telling a simple Avengers vs. bad guy fight.