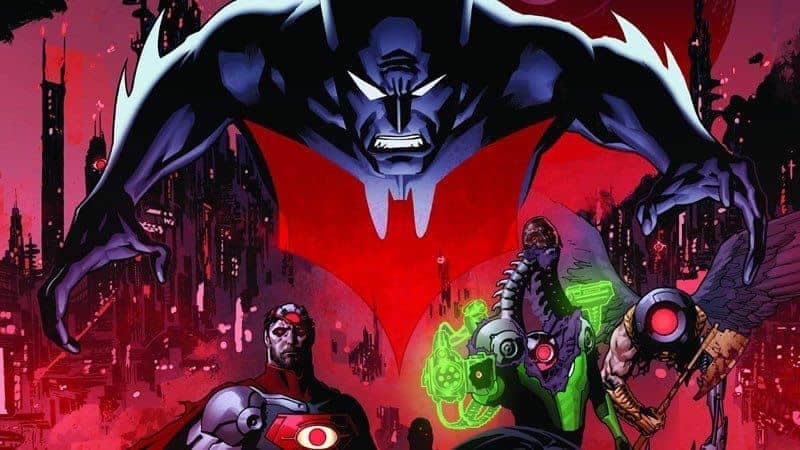 In the first story, we have several heroes who are battling a numerous number of robots in the
wreckage of Stormwatch’s former ship. The plan is to get Engineer to the ships damaged
interface carrier system and reboot it. The scene is filled with science mumbo jumbo, but doesn’t
make it any less exciting! The changing of scenes to the rest of the group fighting off robots and
Hawkman fending more robots as the Engineer attempts to reboot the system. She unfortunately
is able to jump the entire team but she has no way of knowing where in the multiverse they will
end up! This was intense and suspenseful story line.

For even more suspenseful story lines, check out our video reviews!

The following story is a different tone than the last one, but it is still just as enticing as the
pervious. Apparently Brother Eye can communicate with them through their computer at Fifty
Sue’s secret base on Cadmus Island, but does not know their location. Then this leads to an
argument among the small group on the teleportation tech that Faraday still has access to. Upon
realizing that the rest of them will be of no use he uses the coordinates he memorized and
teleports out of there. Fifty Sue convinces Deathstroke to get hurt the rest of the members
because they need to them to storm the compound to free the island from the evil computer.
Another story filled with great art work and intrigue.

The next story has Superman facing off against a Brainiac robot meant to test his abilities, he
defeats it while there is dialogue about how Brainiac is essentially a god! At the end of the fight
John Constantine points out to Superman that several ancient portals to where the metal angel”
could have ended up. He agrees to take Superman to these locations. This story had a sufficient
amount of action, along with intrigue to what happens next for this group of heroes.

The final story takes a break from violence and shows the more emotional side to being a hero.
In New York city Ronnie Raymond hears a tsunami happening and wants to become Firestorm
in order to help. Jason however, refuses due to what happened to Green Arrow in previous
issues. This is a natural progression for the duo and they were at odds to begin with. Green
Arrow’s death just put Jason over the edge. In the lab Ronnie pleads to Jason to let them become
Firestorm again, but Jason refuses claiming the Ronnie needs Firestorm more than the world
needs him. It ends with Dr. Yamazu watching the entire conversation from a video in another
location. A heart crushing scene between two former partners and a cliff-hanger ending!