For better or worse, microtransactions are a permanent facet of the gaming industry. Despite the optimism of some consumers, who assumed they’d be used sparingly, responsibly, and limit themselves to free-to-purchase titles, it’s clear they’ve overtaken the market.

Now, microtransactions aren’t inherently a bad thing. In “free-to-play” games, they’re used in place of a traditional purchase price. In multiplayer games, they can help fund ongoing updates, and allow the developers to support a game long after it’s released.

But that’s not the world we live in. The industry is completely incapable of moderation, entirely devoid of shame or self-reflection. They took what could have been a revolutionary pricing model and corrupted it into the nickel-and-dime, casino-style scam we know today. 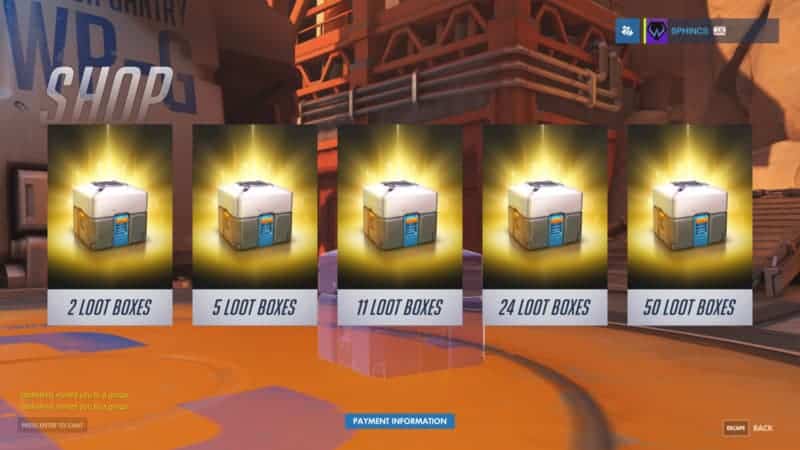 But remember: “it’s not gambling, kids”!

But most concerning is when microtransactions end up in singleplayer, full-priced games. These aren’t games that require ongoing support at high costs. These aren’t free games that need an additional source of revenue. These are games we purchase for $60, with the expectation that they’ll be more or less complete.

Put simply, there’s never a good reason to put microtransactions in a full-priced singleplayer game. It’s never good for the consumer, and yet I’m stunned at the amount of people that defend this practice. In this article, I want to dispel the most common myths I see about microtransactions. I want to take the very arguments I’ve seen from publishers and consumers alike, and explain why they’re nonsense.

So, what’s wrong with microtransactions in $60 games? Why shouldn’t we accept them as a permanent facet of the industry? What’s wrong with the arguments supporting this practice? Well, let’s take a look!

Bethesda Needs To Step Up Its Game Or Be Forgotten

This is the most common, and most easily defeated argument I’ve seen. On the surface, it makes sense. Most microtransactions come in the form of items already available in the game or serve to speed you through the gameplay toward an individual goal. Loot boxes, for example, are a glorified form of gambling that allows you to spend money for the chance to get a useful item without earning it through the gameplay. This type of microtransaction has become increasingly popular over the years, and many defend them because you don’t need to use them to enjoy the game. According to this argument, so long as the item is available in the game, or has no effect on the gameplay, then why should we care if you can buy them?

Well, whenever we talk about microtransactions, it’s important to keep two things in mind:

With this in mind, consider the following: If there’s value in skipping content, or fast-tracking the player through the gameplay, then it’s probably not good gameplay. If anything, the gameplay is likely designed around these microtransactions, forcing the player to grind through boring, repetitive tasks, or spend a few bucks to get what they want immediately. Sure, this isn’t always the case, but the sheer nature of business incentivizes companies to do this. They wouldn’t be doing their job if they didn’t try, in some way, to urge you to buy their product.

There Are Better Ways To Serve The Consumer

Another facet of this argument is the idea that microtransactions aren’t designed for “hardcore” players; they’re for people who want an easier experience or are having trouble beating the game. In an interview with Eurogamer, Bob Roberts had this to say on the microtransactions in SHADOW OF WAR:

“…it’s there as a player choice. It’s there, from my perspective, for people who are protective of their spare time and scared when a massive game comes along that they’re not getting to see the full experience.” 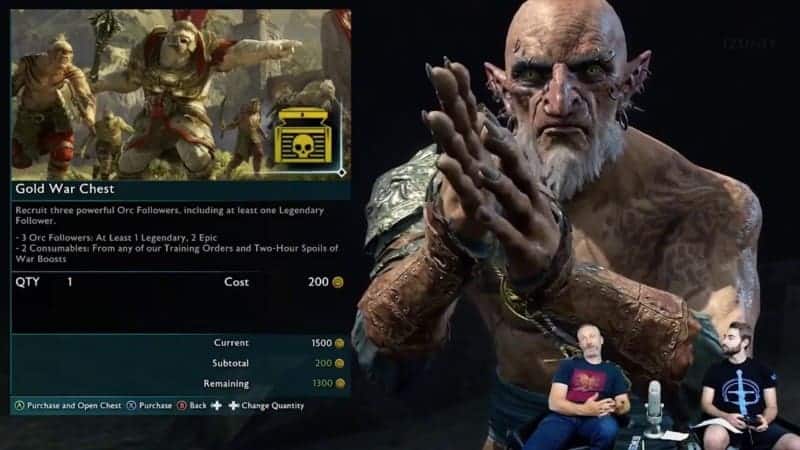 SHADOW OF WAR’s microtransaction menu. They’re not even trying to be subtle.

This statement is nonsense and a massive lie of omission. There’s nothing wrong with players who want an easier experience, or just want to feel powerful, but microtransactions aren’t the only way to achieve this. Remember difficulty levels? Or cheats? I swear, it’s like the publishers think we have the memory of a goldfish.

They honestly think we’ll believe they’re doing us a favor by nickel-and-diming us. They truly believe we’ve forgotten the very things they’re trying to sell us used to be free.

Put simply, a publisher isn’t going to charge you for something they don’t think you want. So, if it’s possible to completely ignore the microtransactions, then they serve no purpose to anyone. Anything useful to the player can more easily be achieved for free.

This is the most infuriating argument of all, as it generalizes gamers and invalidates the tastes of others. Often, games will lock “flavor” items like toys, appearances, and other features that don’t affect the gameplay behind a paywall. The argument here is that if it doesn’t affect your ability to fight, navigate, or solve problems, then it’s not important. Well like I said before: if these items had no value they wouldn’t be selling them; clearly, they matter to someone.

People play games for different reasons. Some people just want to shoot monsters. Some want to explore to a unique environment. Others want to engage with a compelling story, to immerse themselves in a virtual world. You can’t place an objective value on any of this.

All that fun, “useless,” “flavor” content serves to make the game more diverse, enjoyable, and immersive for many gamers. For some, atmosphere and immersion are just as important as pure gameplay. Cosmetics, in particular, can enhance a gamer’s experience. They can be a sign of hard work, a sign of experience and status among your peers. They can be a memento of past experiences, a reward for completing a difficult task. Cosmetics are often rare collectibles earned by exploring every nook and cranny of the game-world. All of this is lost when you lock them behind a paywall.

Where This Argument Takes Us

Look at a game like WORLD OF WARCRAFT for example. There’s a small cash shop, but the vast majority of “flavor” items like mounts, cool-looking gear and “toy” items are earned in the game itself. There are 343 free mounts and, thousands of pets, and countless unique pieces of gear. Many of these are difficult to find or require a large amount of time and skill to acquire. They’re an integral part of the game, even if they have no effect on the actual gameplay.

Can you imagine a world where every mount beyond a basic horse was locked behind a paywall? Can you imagine if a weapon’s appearance could only be unlocked with a $0.99 purchase? It would strip away a huge part of the game’s identity: earning cool and strange new items and the feeling of satisfaction you get showing them off.

Now, the obvious counter-argument here is that WORLD OF WARCRAFT is a subscription-style MMO. In one way or another, you’re paying for these items. But you’re not paying for cosmetics alone. You’re paying for servers, regular updates, and more content than several games combined. It’s this sense of value that AAA publishers are missing.

“Publishers Are Too Poor To Make Games Without Microtransactions”

Never believe a word of this. The cry of poverty is the biggest lie of all.

The majority of American game companies are making millions dodging taxes. I have a hard time believing they’re too poor to make games without double or triple dipping. 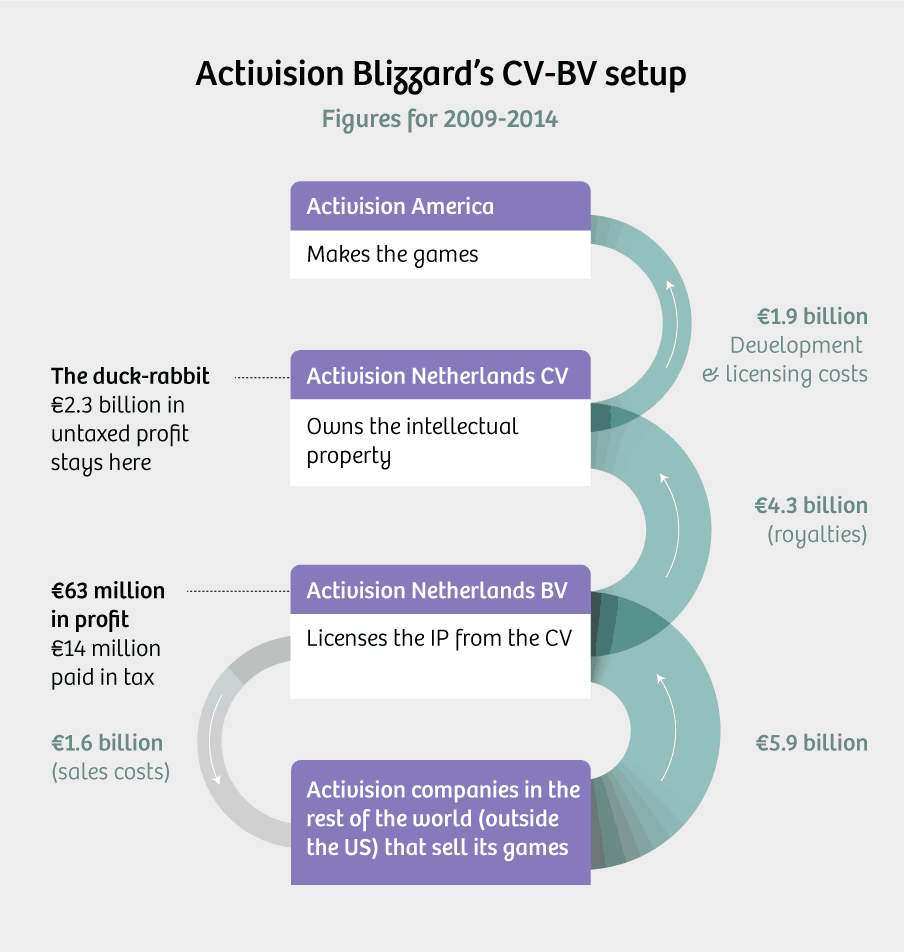 If this looks confusing, complicated and slightly sinister, that’s because it is.

If companies are losing money, then it’s because of their over-bloated budgets and hilarious lack of business acumen. We’re living in an age where every big budget game can decimate a company if it doesn’t make massive profits. Publishers will accept nothing less than exponential profits, and that leads to the overpriced, over-produced, underdeveloped games we see again and again. The cost for “failure” is so high because of their own actions. These bloated budgets necessitate the predatory behavior we see in the industry. Poor budgeting means every game could be their last.

They have no one to blame but themselves

Some would argue this is the player’s fault, that our demands and expectations are forcing publishers to spend so much.

Quite frankly, this is bullshit.

The publishers created this market.  Players demand realistic graphics and the biggest worlds because the publishers told us that’s what matters. Because it’s the one piece of quality, they told us to demand. It’s basic marketing. For better or worse, we’ve come to expect this from the AAAs, and anything less is seen as yet another insult to the consumer. At the same time, we’ve seen that games don’t need photorealistic graphics or superior technology to be successful. So even if they couldn’t make games without nickel-and-diming us (they can), it’s on them and their shoddy business practices.

If these companies were honest, they’d just come out and say what they really think, “We want more of your money.” It’s a less defensible position, but I could respect it more.

The overuse of microtransactions is one of the most pressing issues in the industry. As bad as it’s gotten lately, it’s clear this is just the beginning. Companies like Bethesda, WB, 2K, and countless others are testing the waters. They want to see how much they can get away with.

They’re testing their boundaries and the limits of consumer patience. At what point do we respond? At what point does the market falter, as sales decrease and games collapse under the weight of their own greed? I don’t know, but the market can’t sustain itself like this. One way or another, we’re going to reach a breaking point, and I hope it happens sooner rather than later.

Update: The title was changed slightly to better reflect the content of the article.