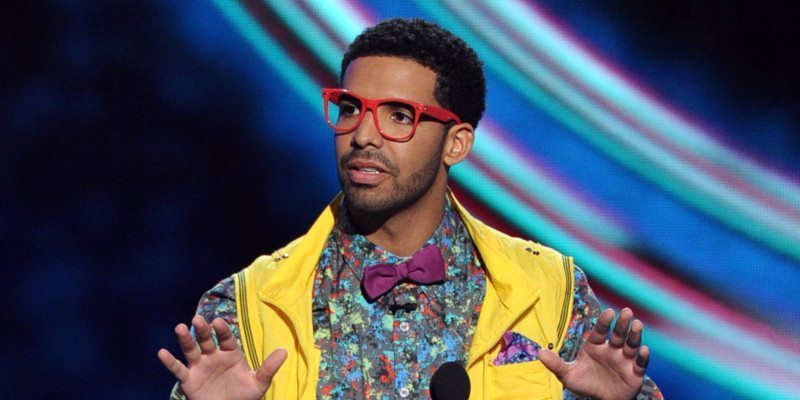 Music is a reflection of our culture. It’s a microcosm of the thoughts, feelings, hopes, and fears of a generation. If you’ve been paying attention to the music scene lately, both mainstream and underground, you may have noticed an interesting shift over the past few years, a slow but steady transition in the tone, instrumental, and lyrical style of today’s beats.

Nerds are taking over music.

Meet the maker of one of last year’s best selling albums. Welcome to the future.

Whether it’s popular artists like Toro Y Moi or underground sensations like Run the Jewels, today’s music is heavily influenced by science-fiction, fantasy, and video games. What was once considered “nerdy” is now more popular than ever, and this phenomenon can be felt in almost every music genre. Modern music still focuses on the same things it always has: relationships, conflicts, and desire, but it’s now interspersed with POKEMON references, anime metaphors, and instrumentals ripped straight from 8-bit video games.

READ: POKEMON’S mission to make you go outside

But before we discuss this phenomenon, we need to agree on what the term “nerd” even means. For decades, this word has been difficult to understand, in part because it’s defined by niche and unorthodox interests, many of which are now considered “normal” and “mainstream.” For this article, let’s agree that a “nerd” is someone who is interested in any combination of computers, comic-books, animation, video games, sci-fi, and fantasy.

So just how has music become more “nerdy?” What genres have been affected the most? Why is this happening?  What does this mean for our culture as a whole?

It could be said that electronic music is in and of itself a “nerdy” genre, a style of music that’s just as suited for dance clubs as it is for late-night LAN parties. The recent mainstream explosion of dubstep brought electronic music out of the shadows and into the average American household. Over the past few years, electronica has slowly seeped into almost every other genre, reflecting a greater presence of nerds in all forms of music. The success of electronica can be attributed to the evolving tastes of a new generation. For example, many of us grew up with old school video game soundtracks, and many of us look back on them fondly. Just type the number “8” into the Youtube search bar and you’ll notice the first suggestion is “8 bit music.” For many, a love of video games has evolved into a love of electronica.

Of particular note is the rise of the “chiptune” subgenre: electronic music specifically designed to emulate retro video games. A quick glance on Youtube will reveal a thriving community of channels that create and collect these songs, some of which receive millions of views.

The acceptance of electronic music, its spread to other genres, and the popularity of chiptune is a result of a generation whose tastes have grown a bit more nerdy.

Pop, as a genre, is notoriously difficult to define. Depending on the decade, it can include anything from Michael Jackson, to Madonna, to Backstreet Boys. Today’s pop commonly crosses paths with indie-rock and electronica, and often features lyrics and themes that could easily be considered “nerdy.”  Popular groups like Gorillaz, a band heavily inspired by science-fiction and anime, have not only dabbled in pop music, but have enlisted the help of mainstream artists for their projects. Artists like Chazwick Bundick, better known by his stage name “Toro Y Moi,” have spearheaded the synthpop genre, bringing it into the mainstream. A graphic design major turned musical powerhouse, Chaz became famous for his surreal, genre-bending soundscapes. Many of his tracks have a freeform, seemingly nonsensical lyrical style complete with vague sci-fi themes, and that’s ignoring the fact that he dresses like a sexy Steve Urkel.

Indeed, Chaz’s style is built around a chic, stylish interpretation of the modern nerd. The fact that “popular music” has changed so much over the past 3 years, and the success of these artists and countless others, is proof of a rising market of nerds longing for representation.

Of all the popular music genres, hip hop has perhaps been most affected by the growing nerd demographic. Rap has always had a strong underground scene, and while it can be argued that mainstream rap has stagnated over the years, the underground is evolving faster than ever.

READ: Love OVERWATCH? Check out our character spotlight on Mercy!

Run the Jewels, a rap duo composed of El-P and Killer Mike, gained a great deal of popularity from its association with Cartoon Network. Their music appears in numerous bumpers and animations  for the channel, and they’ve also participated in Adult Swim’s “Singles Program,” promoting lesser known artists with free music. Their songs draw heavily from old-school video game soundtracks, allusions to superhero comics, metaphors involving FUTURAMA, and lyrics evoking dystopian sci-fi imagery. Hell, Marvel even collaborated with them to create this awesome album cover.

Earl Sweatshirt’s music is defined by its counter-culture, nerdy attitude. His surreal music videos feature monsters inspired by Where the Wild Things Are, and are often intended to give off an awkward, anti-social, off-beat vibe. His lyrics are rife with anime references, Star Wars metaphors, allusions to mythological creatures, and dense, multi-faceted, descriptive imagery that often requires multiple listens to fully understand.

These are just a few examples of a larger movement going on in the hip hop scene as a generation of nerds grab their microphones and share their unique perspective on the world.

So we’ve shown where and how this is happening, but why? Why has music gotten so nerdy over the past few years?

Well, part of it is the ubiquity of the internet. For decades, the internet was an exclusive haven for people with nerdy interests, and it developed its own unique culture of memes, fanfiction, and online games. When the internet became an essential part of life this culture spread into the mainstream. Suddenly it became normal for an adult to play POKEMON, to take children’s cartoons seriously, to treat video game soundtracks with the same respect as top 40 hits. Music is a reflection of our culture, and as the culture of the internet has gone mainstream, it only makes sense that our music would be shaped by it.

The music industry has responded to this explosion of the “nerd” demographic, discovering a market that was previously untapped. Popular music, for better or worse, gives the masses what they want, and in a world where everyone and their mother is playing POKEMON GO, it’s no surprise that artists who cater to our nerdy tastes are going to be successful.

Most importantly, nerds have quickly gone from objects of ridicule to objects of admiration. They’re our tech-billionaires, our Youtube celebrities, our movie heroes. Being a nerd means you’re smart, you’re creative, you think outside the box. It means you’re not afraid to express and share your interests. American culture is shifting toward a respect for the weird, the unorthodox, the unconventional. It’s a natural and inevitable progression as brains become more important than brawn.

As so-called “nerd culture” becomes more mainstream, it’s only logical for our music to reflect that. Millennials have grown up in a world where it’s cool to be a geek, where video games are a respected form of art, where one of the most popular shows in the US is about scientists and the season finale of a fantasy series dominated the ratings. We live in a world where it’s not just “normal” to be a nerd, but encouraged. So next time you turn on the radio, listen closely. You may find your favorite songs are bit quirkier than you expected.