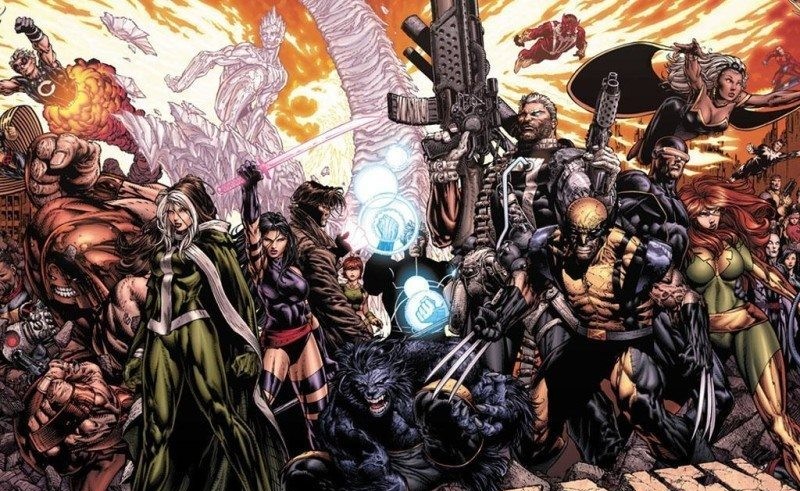 We are currently kicking off a new era of comic books about heroes unlike any other- those that are protecting a world that hates and fears them!  EXTRAORDINARY X-MEN #1 is a great entry point for new readers. And maybe you, the reader of this very article, want to start reading the X-Men comics, and maybe you’re still a bit overwhelmed by the the massive amount of characters from different parts of the world, different universes, and even different time periods with their complicated backstories?

This article is a short summary of the most important things you’ll need to know to get right into the complicated, yet beautiful world of the mutants! 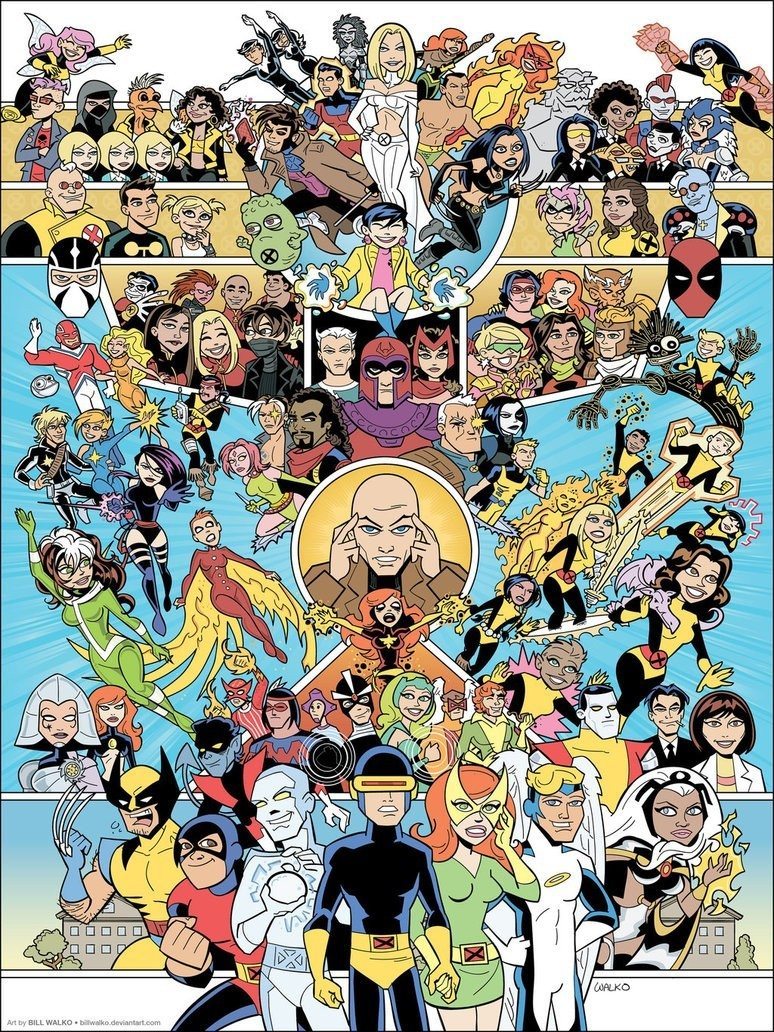 Some fact about the X-Men comics, in general!

First off, here are some general things you might not know about the X-Men comics but that should be important for you to know as a new reader:

The X-Men comic book universe is extremely different from the X-Men cinematic universe!

There are also hundreds of characters! 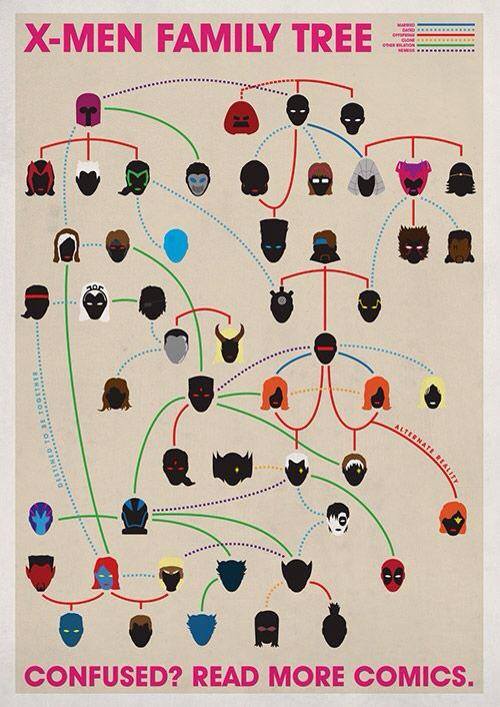 Don’t be frightened by this, though. You will have to look up a few characters and their backstories, and you will be confused from time to time. However, it won’t nearly be as frustrating as it will be fun to enter the huge world of Marvel’s Merry Mutants!

But enough introduction. Let’s delve right into what happened previously. 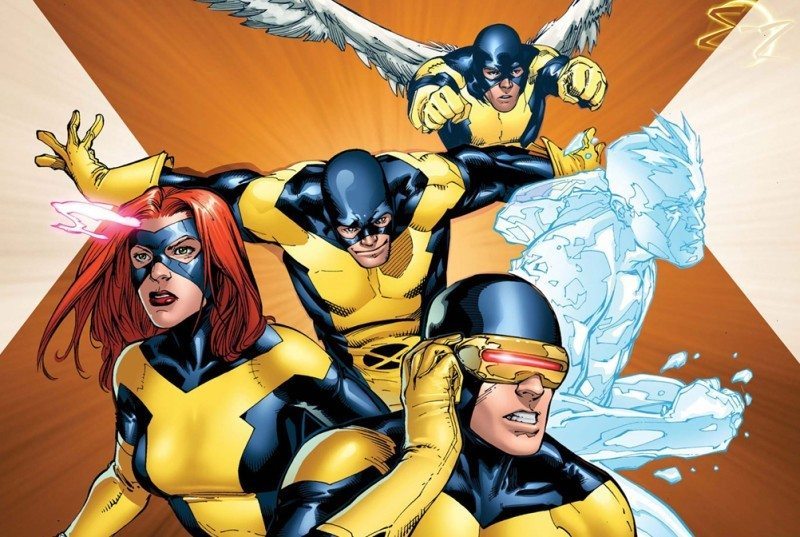 Fan-favorite characters usually associated with the X-Men such as Wolverine, Nightcrawler and Storm were introduced more than a decade of comic books later during GIANT-SIZE X-MEN #1, which replaced most of the team’s members with a more diverse cast. 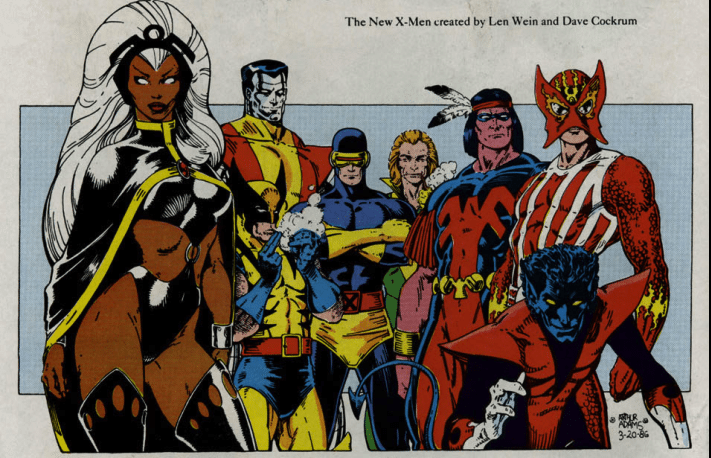 Many years later, after a schism that originated from a conflict between Logan and Scott, the team was split into two different branches, with about half of the mutants following Wolverine, who reopened the team’s iconic school, renaming it after the deceased Jean Grey. 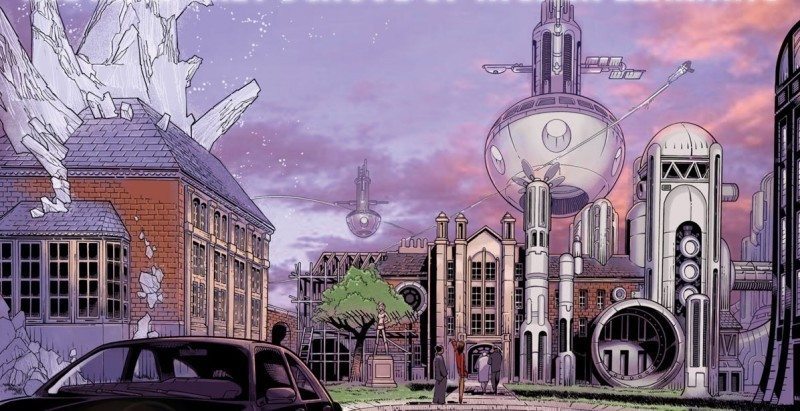 In an attempt to ensure the survival of his species after years near extinction, possessed by the incontrollable cosmic Phoenix force, Cyclops killed his former mentor and father figure, Professor X, suffering the loss of his powers as well as a mental breakdown afterwards. After breaking out of prison, he started a mutant revolution against mankind, attacking police forces to prevent mutant oppression and recruiting young mutants as students for his New Xavier School.

READ: Want to get even more background on the X-Men? Find out more about Cyclops aka Scott Summers!

Wanting to bring Scott to reason, Beast ironically did something not very reasonable and travelled back in time to bring the original five teenage X-Men to the present. He wanted to remind Scott of the high ideals and hopes their team once had.

LISTEN: Wondering what is going on with the females of X-Men? Check out our podcast on the origin of Emma Frost!

Unable to get back to their original timeline, the team of young mutants decided to solve today’s problems and create their own future, regardless of how their lives played out the first time. All of the team’s members diverged from their older selves’ original paths: Jean Grey discovered a lot of powers her older self never manifested and started a romance with Beast instead of Cyclops, who met his presumed dead father and had a couple of space adventures with him; Angel had his powers broadened by the cosmic object called Black Vortex; Iceman was outed as a homosexual, revealing that his older self had been in the closet for a very long time.

READ: Interested in Iceman’s coming out? Check out our article that proves why the revelation isn’t all that shocking! 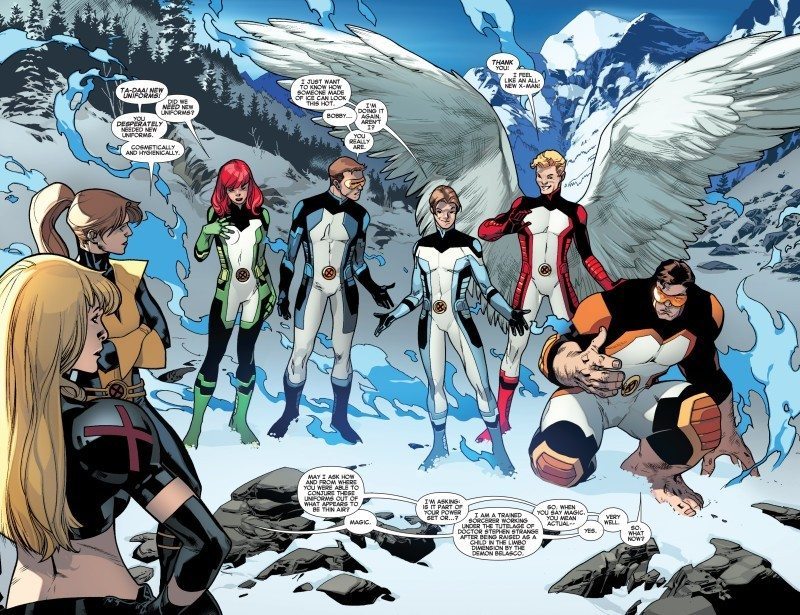 In the meantime, not only has the playful German elf Nightcrawler returned from the dead, sacrificing his soul in the process, but the legendary X-Man, Wolverine, becoming wiser and more reasonable due to his experience as headmaster of his school, has also lost his healing factor. In an attempt to rescue people involved in an experiment with adamantium that was similar to what he experienced, he was trapped in a cocoon composed of adamantium, killing him. 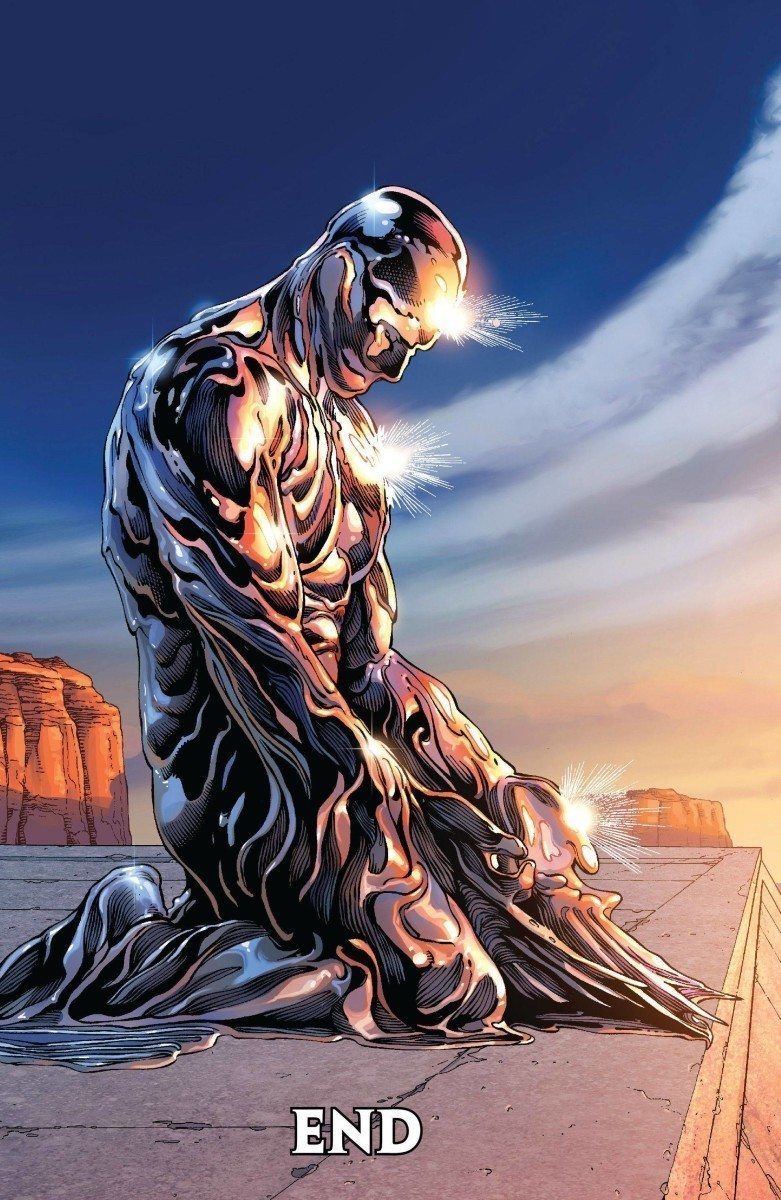 Illyana Rasputin, sister of the iconic mutant Colossus, also known as Magik, able to teleport by entering and leaving the demonic dimension known as Limbo that she grew up in, has been travelling back in time on a regular basis to improve her magical abilities, training with the past Doctor Strange. She has also set aside her differences with her brother in an harmonic family reunion.

Nearly all of the X-Men and students planned an intervention for Hank after realizing he wouldn’t stop breaking the laws of physics for questionable reasons, leaving him frustrated and angry, apparently leaving the team.

After one of his students, the time-travelling Eva Bell, confronted him with his nervous breakdown and criticized his revolution, Scott decided to close his school. He allied every mutant on earth in front of the Lincoln Memorial in Washington DC in order to demonstrate that humanity would not have to be frightened of mutants.

Eight months later, mutantkind is at the brink of extinction once again. The Terrigen Mists that give Inhumans (another super-powered race in the Marvel Universe) their powers, it appears, can be lethal to mutants – and also sterilize them, infecting them with some kind of disease called M-Pox. Mutantkind is being hated more than ever by humanity due to something Scott did (which has not been revealed yet, but apparently included leading an attack on the Inhumans). Storm has started gathering mutants to a safe haven, while Magneto is gathering a team to proactively eliminate dangers to the mutant population. The time-displaced X-Men (except for Jean), meanwhile, are doing some kind of road trip together with Genesis, Idie and Laura. 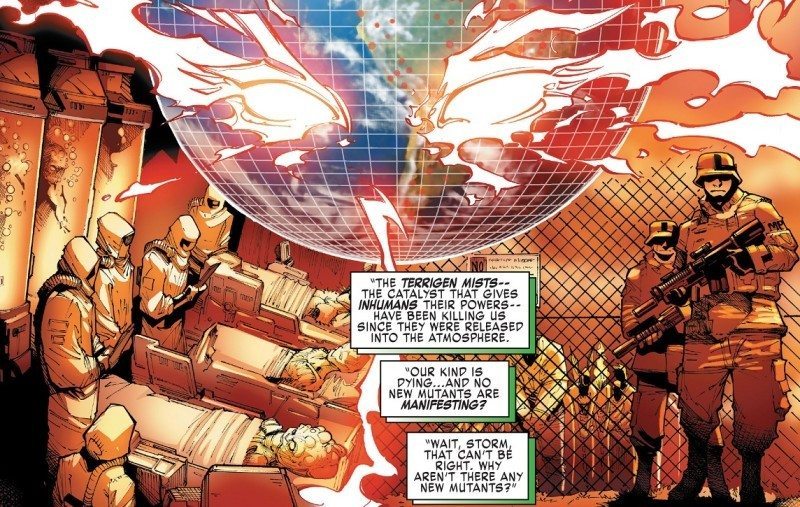 Speaking of Laura, after the death of Wolverine, the young woman better known as X-23, basically a female clone of Logan (who was dehumanized and reduced to a weapon during her childhood) has taken over the mantle from her former genetic twin/mentor. Trying to fulfill his legacy and make a new life for herself, she goes on a lot of missions as Wolverine together with her boyfriend, the time-displaced Angel! Their relationship has helped her a lot to develop and feel more human, finally accepting the closeness of a relationship again.

But Laura is not the only Wolverine relevant in Marvel comics right now, for with Old Man Logan, we have yet another time/reality-displaced character in the roster of important characters. This version of Logan from an apocalyptic alternate future where the villains took control of America and he, due to manipulation of his mind, killed almost every X-Man, has recently stranded in the regular Marvel Universe.

Here’s a quick guide to the different ongoing X-Men titles. Keep in mind that these books will be connected, but still, each of them will tell its own story.  So, you’ll be able to read them on their own, but they still exist in a shared universe. 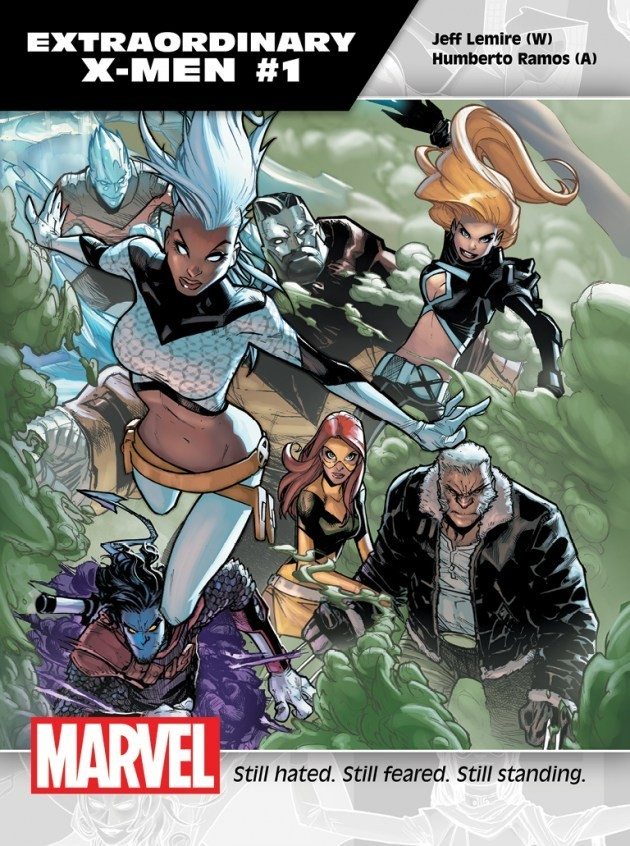 ALL-NEW X-MEN deals with the time-displaced original X-Men team (minus Jean, plus X-23, Evan and Idie) on a road trip, creating their own future, independent from their future selves. 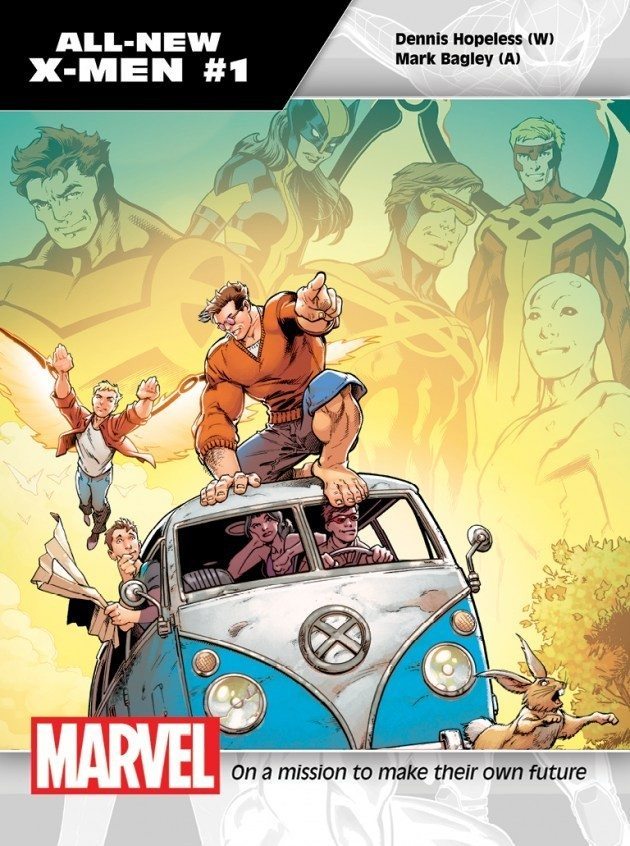 FIND OUT:  Why does ALL-NEW X-MEN sound extremely promising?

UNCANNY X-MEN will feature a team consisting of morally controversial mutants such as Sabretooth, Mystique, Psylocke, Fantomex, Angel, and M, led by Magneto in order to proactively eliminate dangers to the mutant race. 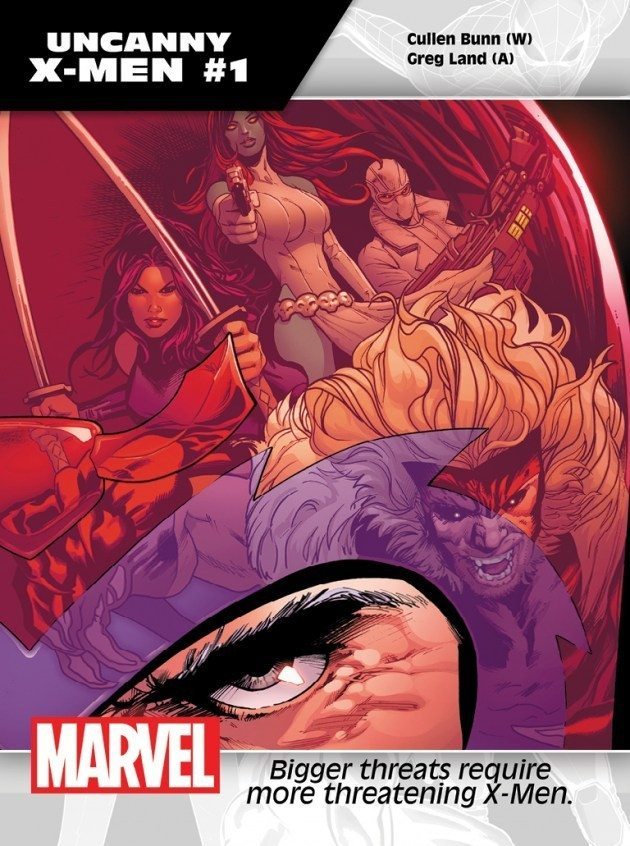 ALL-NEW WOLVERINE is about X-23, her personal journey to live up to Logan’s legacy and become less of a weapon and more of a human, as well as her relationship to Angel. 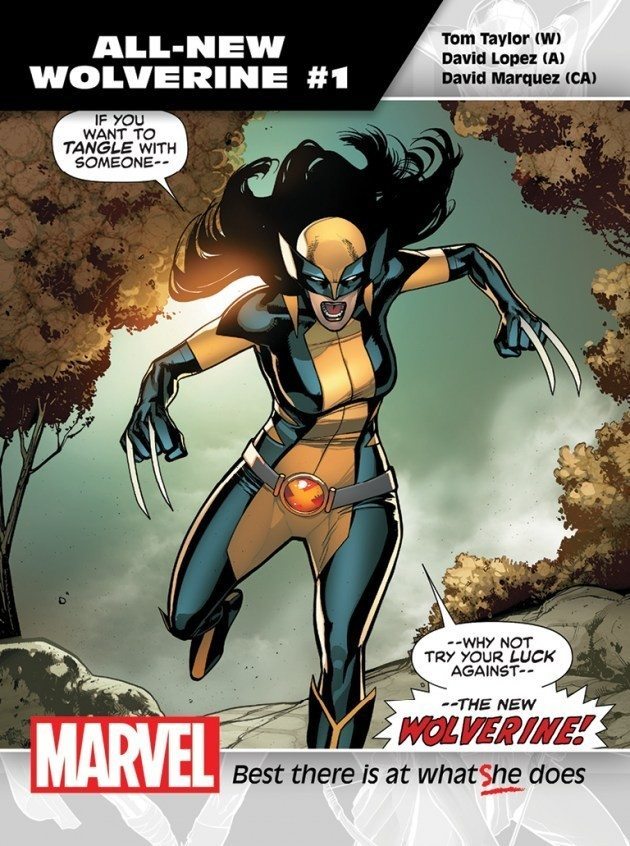 OLD MAN LOGAN will be a mix of flashback sequences from the titular character’s past (or future, who knows with all this time-travel involved) and the way he deals with arriving in the regular Marvel Universe. 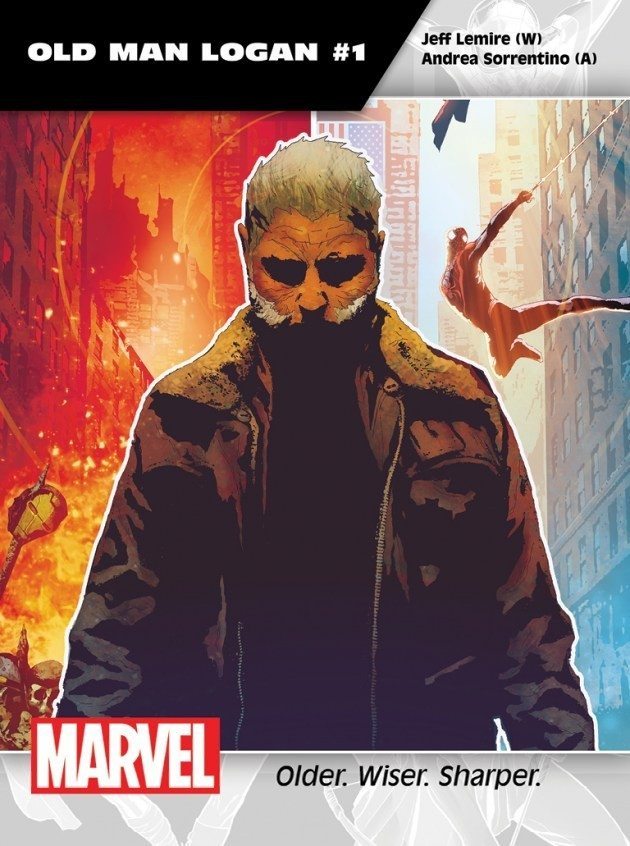 Note that many popular mutant characters will appear in non-X-Men-comics, too. Rogue, refusing to leave her home, will still be a part of the Avengers Unity Squad appearing in UNCANNY AVENGERS – a book in which characters like Gambit and Cable star, as well. Kitty Pryde, due to being engaged to Star-Lord, has become a member of the GUARDIANS OF THE GALAXY. Finally, Beast is a part of the UNCANNY INHUMANS, figuring out a way to solve the Terrigen Mist/Mutant problem. This book could or could not also feature an appearance of Cyclops! So, if you’re a fan of these characters, make sure to check out these titles, as well!

READ our reviews of…

Finally, X-MEN ’92 will take place outside of the regular canon and in a parallel universe reminiscent of the beloved 1990’s X-Men cartoon and be a direct follow-up of the SECRET WARS mini-series also called X-MEN ’92. 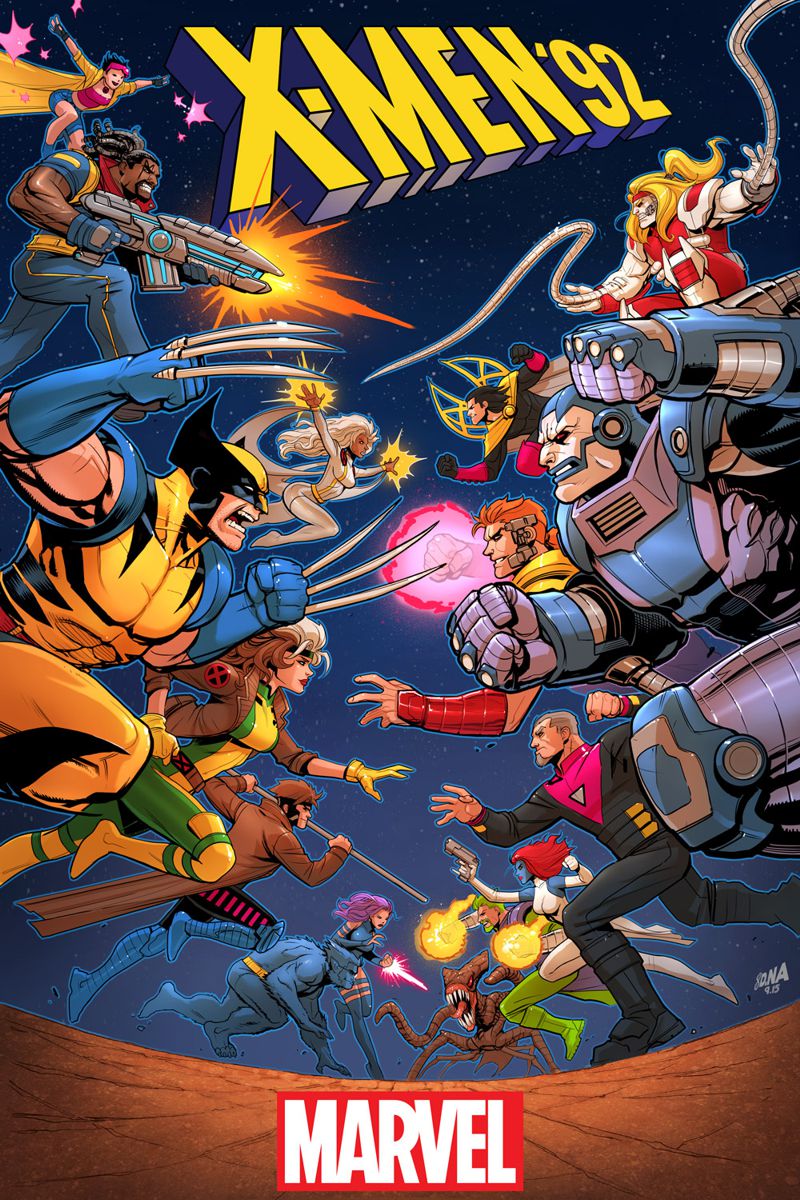 It may have taken nearly 60 years to get here, but you should be caught up and ready to jump into giving Marvel’s biggest and most tightly-knit family a try!

MORE ARTICLES about the X-MEN!