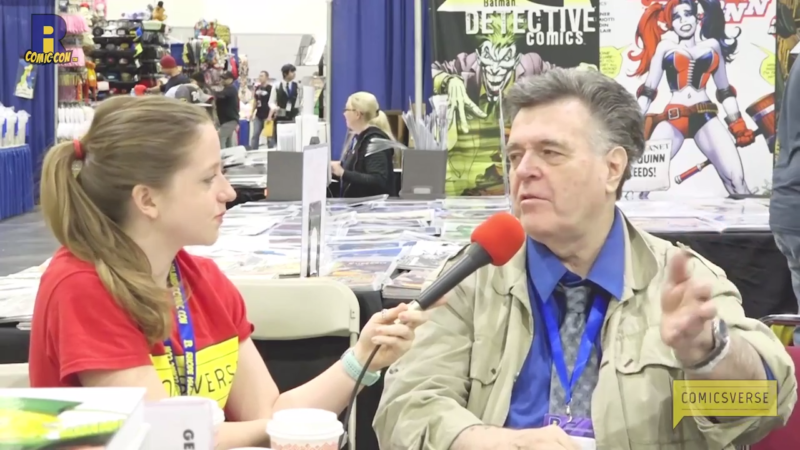 At Rhode Island Comic Con, I was fortunate enough to interview Neal Adams, one of the most influential artists in the comic book industry. For a quick overview of Adams, he has had a long and successful career drawing some of the most iconic superheroes, including Superman, Batman, and Green Arrow.

In the interview, Neal Adams covered a range of topics from classical art to his own role in comics. Adams revealed which art movement is his favorite (hint: it might surprise you) and explained why now is the most interesting time for art. Adams expressed his opinions on some of the most famous artists in history, from Monet and Degas to Michelangelo, and explained the role that cameras have had in changing art. For aspiring comic book artists, Adams stressed the importance of taking figure drawing classes and described what the advantages of working in comics are.

WATCH: Want to watch more interviews from RICC? Check out our interview with Mike Henderson!

Adams reflected on the cultural shifts that have occurred in the comics industry, and what the increase in comic conventions means for our changing society. He even went as far as to suggest the ways that comics can change the world. Reflecting on his own work, Adams compared his efforts securing rights for comic book creators to the heroes in Western movies, insisting on a real life dichotomy of good guys and bad guys.

READ: Want to read about how art can influence the world? Then our article “Why Our Art Needs to Stay Political” is for you!

As our interview drew to a close, Neal Adams talked about his most recent projects involving the popular Harley Quinn. Adams is, without argument, a very accomplished artist, and we are sure that there are still many great projects that we can look forward to from him.