What do Hydra Captain America, Jane Foster Thor, and Miles Morales Spider-Man all have in common? If you guessed “fan outrage,” you’re right on the money. Of course, these aren’t the first comic book characters to be the center of controversy, and they certainly won’t be the last. They are, however, the targets of some of the most passionate (and oftentimes vitriolic) fan backlash in recent memory. In this humble writer’s opinion, this particular kind of outrage is not only pointless, but harmful to the comic community at large. 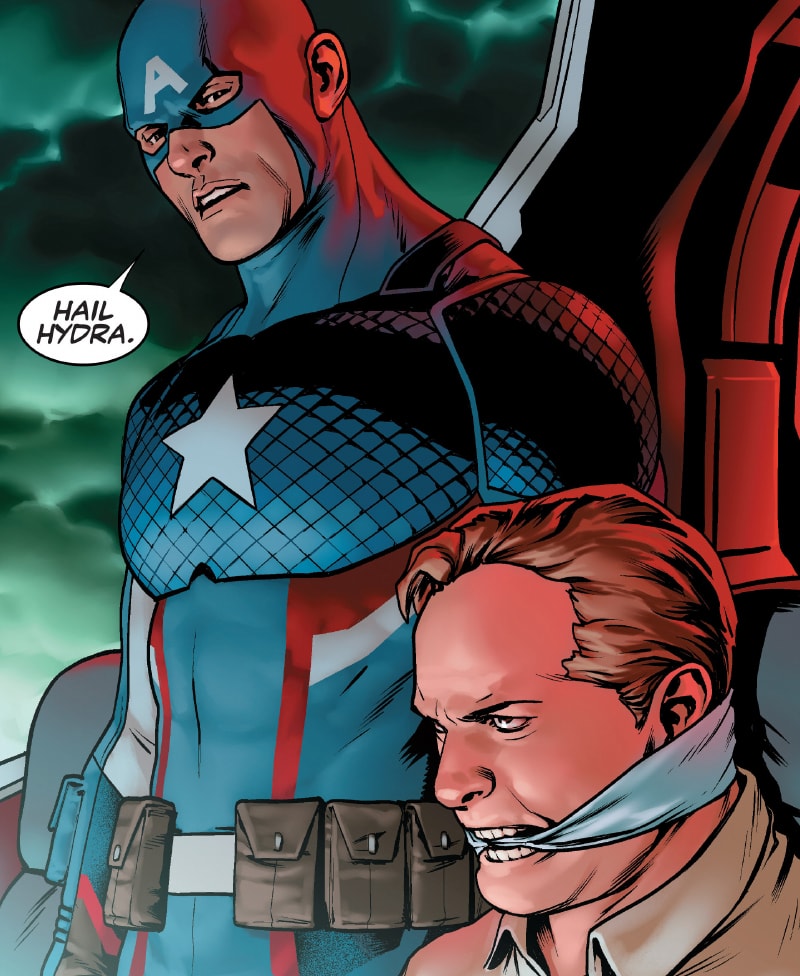 Maybe it’s the longevity of the stories we follow, or the way we connect with the characters, or the amount of content we consume, but whatever the reason, we care deeply about the comics we love. The stronger we identify with something, the more we consider it our own. So when we as fans hear news of a franchise rebooting, or a character changing, or an entire fictional world being retconned, we don’t always react objectively. It feels like part of our identity is under attack.

READ: Can’t get enough of Steve Rogers? Here’s a list of some essential reading.

But no matter how much you may love a comic book character or franchise, it doesn’t belong to “you.” It doesn’t belong to the writers or editors or illustrators either. Sure, technically it’s owned by a publishing company, but in an even larger sense it belongs to the zeitgeist—that big, amorphous, ever-changing banner of popular culture. In other words, it belongs to everyone.

Although movies, novels, and TV shows also fall under the same larger banner of pop culture, they almost always have a single driving force at the helm. Harry Potter has JK Rowling. Star Wars has George Lucas. But Spider-Man and Captain America and Batman and Superman? Their stories have passed across thousands of hands, from writer to writer, illustrator to illustrator, each bringing something new to the character. The beauty of comic books and the secret to their continued success as an art form are their ability to change, to shift ideas, and to house infinite stories with limitless possibilities for any character.

SEE MORE: Want another perspective on the STEVE ROGERS controversy? Find it here.

Of course, as we quickly discovered after the first STEVE ROGERS issue, Captain America wasn’t really a Hydra agent—he was just implanted with false memories. But, hypothetically, let’s say in this run he really was a Hydra agent all along. So what? It’s one run by one writer taking place in one universe in a multiverse with endless possibilities. Even retroactive shifts to continuity mean little in the lifespan of a character that has existed for close to eight decades—retcons are extremely common in comics and always have been. 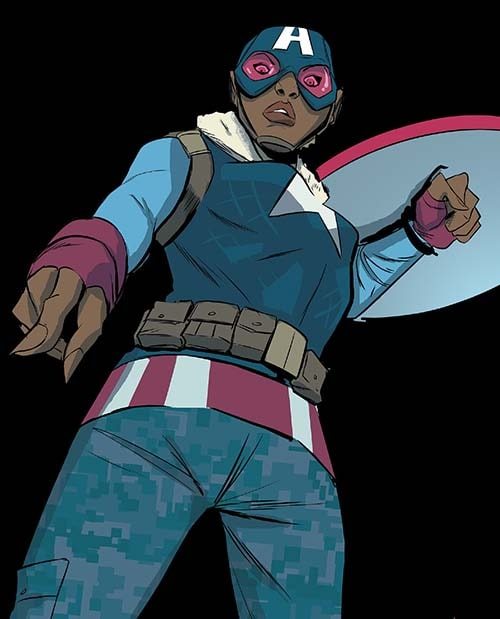 Sure, some runs are better than others. You might find some runs gimmicky or off-putting. Others might not. Without all of those runs, even the ones you might not personally be fond of, creators wouldn’t have the freedom to explore characters and stories to their fullest, or to try something weird or different or so crazy it just might work.

CHECK IT OUT: A discussion on the implications of racial change to a classic hero.

In their original runs, Thor shared a body with a disabled medical student named Donald Blake, Nick Fury looked nothing like Samuel L. Jackson, and Batman purposely killed people. These characters changed and grew and shifted over time, across both the main continuity and spin-offs. Without this freedom we wouldn’t have some of our favorite stories to date, let alone amazing spin-offs that stem from pure creativity, like RED SON or KILLING JOKE or MARVEL WHAT IF, or the Deadpool movie or the Arkham games. 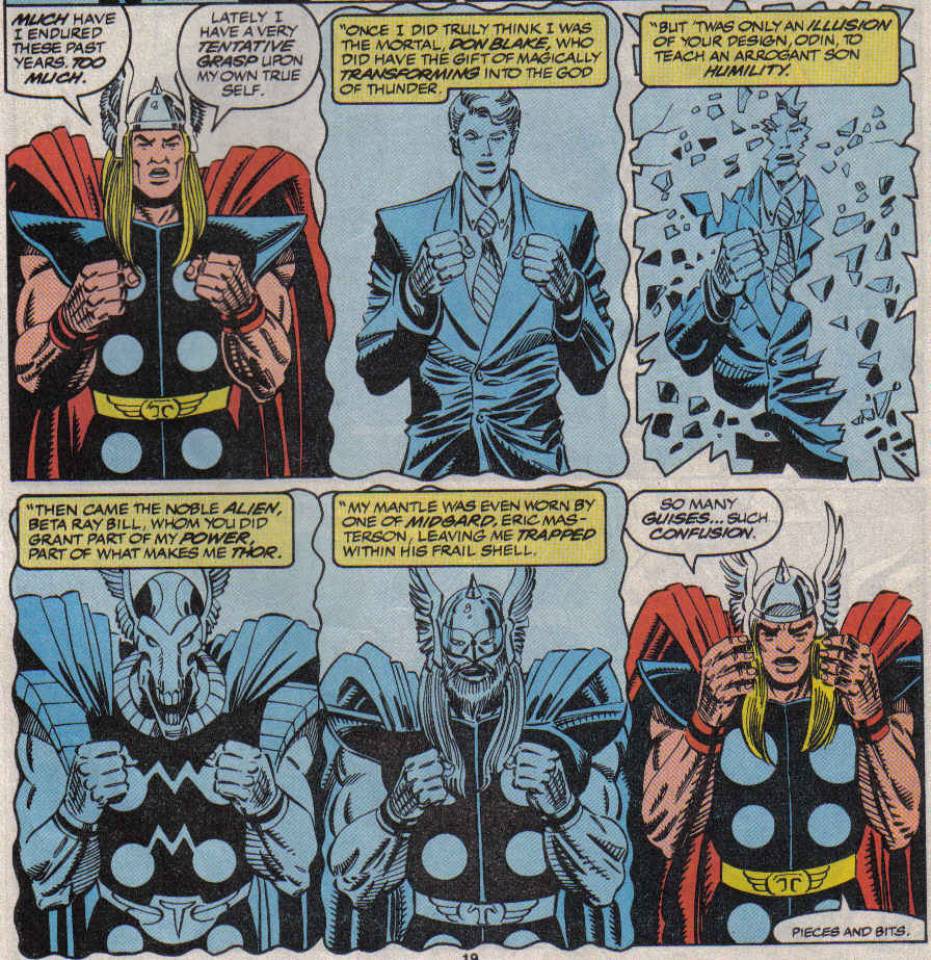 Maybe the idea of a female Thor or a Hispanic Spider-Man doesn’t appeal to you. That’s fine. You might not be the target audience for those runs. The next one might be more your speed. You don’t have to buy them or read them or even think about them if you don’t want. And if you do, who knows, maybe you’ll be surprised by how much you like it. Regardless, for someone out there, female Thor or Hispanic Spider-Man might be the thing that gets them into comics or speaks to them in a way they’ve never been spoken to before, just like you were at some point in time. Despite the backlash, their debut issues were among the top comic book sales for their release months.

And while you may not own Captain America or Batman or Spider-Man, your experience with that character and their stories belongs to you. Whatever got you hooked or inspired you or taught you or challenged you will never change. That’s yours and yours alone, and no future run can ruin that unless you let it.

So next time you hear that your favorite character is experiencing a major change in a new run, or is getting retconned or rebooted or even killed, take a step back before getting angry to appreciate the boundless creativity afforded to creators who make the comics we love. Comics always change. That’s a great thing.