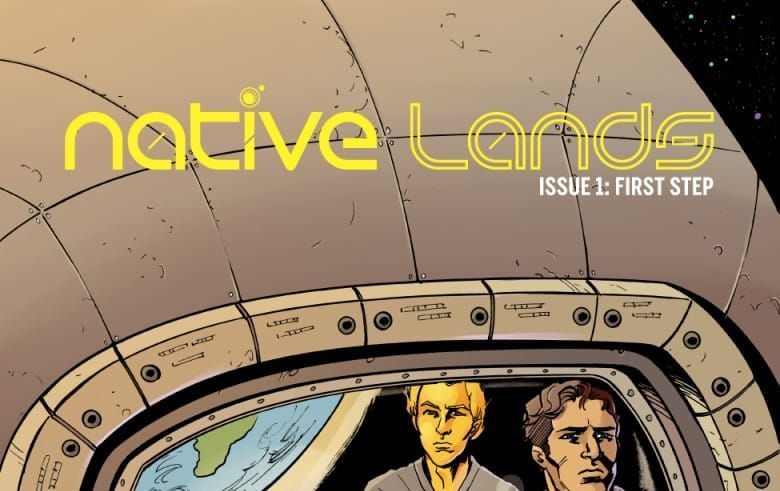 World building is often one of the most fun parts of comics, and the creative team of author James Cavanagh and artist Cecilia Latella have gotten off to an exceptional start to that project over the first two issues of their new independent series, NATIVE LANDS.

NATIVE LANDS tells the story of several people who have developed superpowers thanks to a massive event that Cavanagh and Latella are laying out bit by bit. These people are held in isolation from society—evil scientists play a role here—and are sent off to a new planet (an earthlike planet called “Terra Five,” though we haven’t seen it yet).

READ: Interested in more independent comics? Check out our review of GAMER GIRL AND VIXEN!

The first two issues allow the story to develop organically: There is no narrator, and the flashbacks we do see are sparse enough to allow the main storyline to set the tempo. The storytelling is clean, letting readers focus on the considerable action that takes place over these issues. 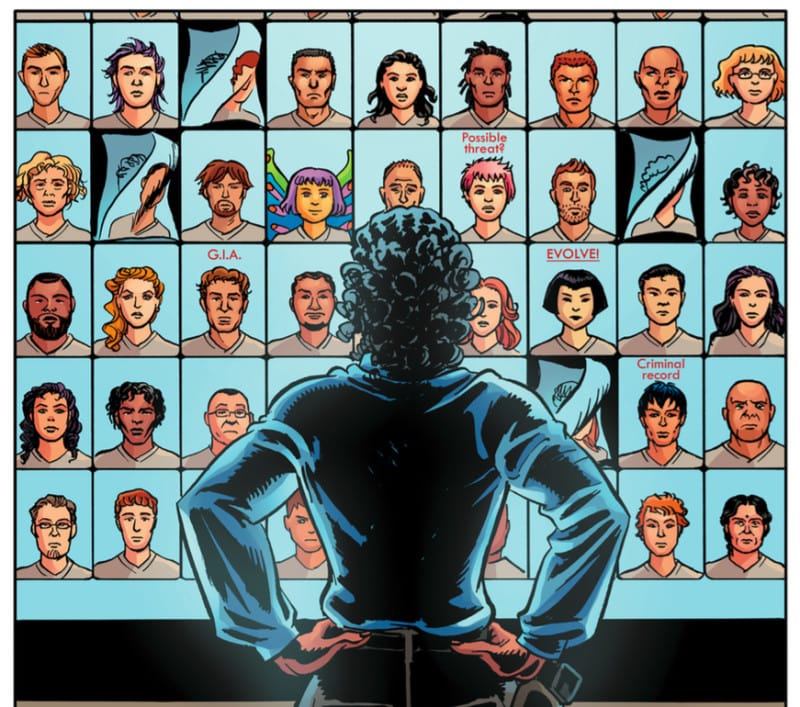 Cavanagh also introduces a considerable cast of characters over the first two issues, and the jumpsuits really help here: They’re all wearing nametags. Emma (“intangibility” power as yet unexplained) is the first character we meet, and she is likely developing into the central protagonist as she tries to uncover the secrets of the authorities holding her cohort. Bastian is also emerging as one of the main characters of the book, wielding the power to attack with the claws and ferocity of an animal.

The breadth of the cast makes for interesting opportunities for Cavanagh and Latella, who have the full menu of superpowers to explore. Human drama, though, has taken a front seat thus far: Emma attempts to reconnect with her sister and helps young Charlie reunite with his caretaker; Jackobie (another important figure so far) pushes his sister away; and Bastian attempts to remember his past. Here, the creators have a brush with the common issue of excessive complexity in ensemble comics, but they handle the large cast well over the first two issues. 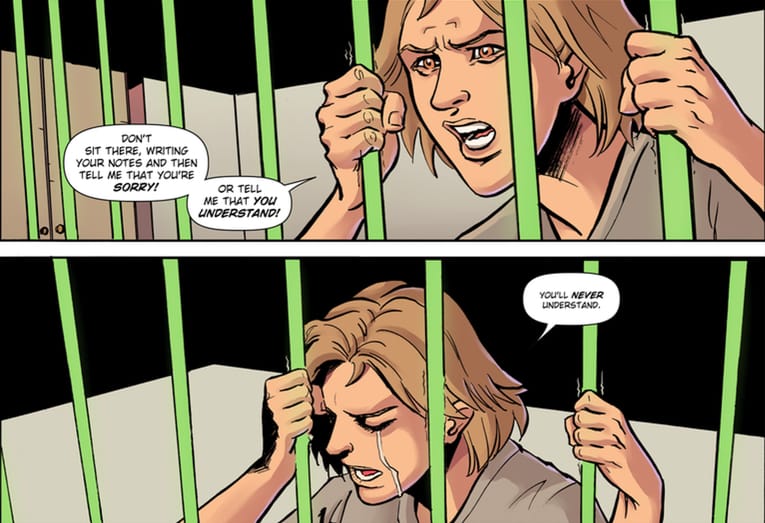 Latella’s art—along with Michael Woods’ colors—rounds out a very solid first two issues of this series. The artwork isn’t pushing any envelopes, but it also doesn’t need to. The solid inking and full color palette gives this book a major-publisher feel, which can be important for indie titles looking to break into the mainstream readership.

LISTEN: Greg Rucka is a master world-builder in comics. Give our discussion with him a listen!

Those interested in picking up this series should head to Comixology or the comic’s Tumblr. Issue 2 concludes with the “gifted” in transit to their new planet, and I’m very interested to see where they go. After an auspicious start, Cavanagh and Latella have a lot more work ahead in developing the universe of NATIVE LANDS, and we’ll just have to wait for Issue 3 to find out more about what that universe will look like.