“No more mutants,” with these three words mutant kind was no longer going to replace humanity at the top of the food chain, how could it with the spell working so well that there would be no more mutant babies. They became an endangered species, but unlike the sea otter this population could tear down cities. This new status quo was unbelievably appealing with the question, what would happen now? on the lips of every fan of Marvels merry mutants. However this concepts true potential seems to have been squandered with concepts being put in place, the sentinels guarding the mansion for example, which where either never explored or retconned into oblivion, does everyone remember Iceman being de-powered at the end of House of M, but as soon as the character was picked up in the actual X-books he in fact did have his powers he just blocked them out. We can all blame bad writing for these incidents, however I believe it is more like the writers don’t seem to understand the scale of the actions they take. As X-Men is a superhero book they concern themselves with the constraints of the genre itself, they don’t break the mold. They throw out these massive concepts but don’t necessarily follow them through. Which seems a little ridiculous as they have three titles devoted to the X-Men proper (not to mention the list of other books with an X) and they still have most of them doing the same thing. This leads me onto what is happening at this very moment within the X-verse, the X-Men’s exodus to Utopia, the newly christened island nation of mutant kind. 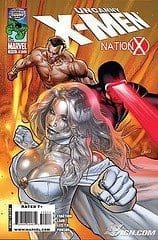 After four years of depowered mutants the writers at the X-office have finally upped the stakes. O.K., so Messiah Complex dealt with the birth of a new baby mutant, but what did it achieve? Instead of creating a sense of hope within the mutant community, due to the fact that there was something worth fighting for, we had issues dealing with Cyclops and Emma having a vacation in the savage land, Colossus, Nightcrawler and Wolverine having a road trip to Russia and we had Professor X on a path of self discovery. None of these issues seem to even touch on what had happened, yes the mansion was destroyed and that is why the X-Men scattered, but am I the only person that remembered the rest of the mutants that were in tents around the place. They magically vanished (thanks in part to a terrible contrivance in X-Men civil war) and were not dealt with until Cyclops decided to move to San Francisco. Where was the American government or are we lead to believe that a government that put Sentinels around the mansion to police the decimated mutant populous wouldn’t lift a finger when said sentinels where destroyed along with the mansion. Shouldn’t shield have come down and dealt with this mess or perhaps someone from the 50 state initiative? And there in lies the problem. The X-Men populate the marvel universe, but hardly ever interact with it on fundamental levels. That all changed with Nation X for better or worse.

With marvel in the grip of dark reign it seemed like a logical conclusion that the X-Men would get involved, with Emma being in the Cabal. The concept behind the recent fight between Norman Osborn’s Avengers and the X-Men is simple (if we forget the weird human sentinel hybrids). Osborn in his new position of ruler of the marvel universe wants to be perceived as being in control. Telling Emma he will stay clear of mutant affairs if they remain quiet. However due to a few protest against a piece of legislation on mutant reproduction, Norman decides that it is time to put the X-Men in their place. To cut a long story short Cyclops comes up with a plan that has yet again changed the status quo. He has risen asteroid M from it’s watery grave and forged a new nation out of the wreckage and after defeating Osborn he addresses the cameras to assure people that they mean no harm in fact he ends his speech with â€˜we have been, and always shall be, sworn to protect a world fears and despises us. Only now we shall be free’. 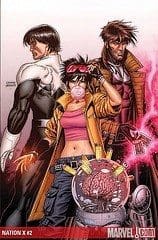 Now I am not against Scott’s comments (or even Matt Fractions direction), but I think the concept of the X-Men still being a team of heroes is redundant. We have just seen the birth of this new nation and even though Scott alludes to the idea that the island will be a safe haven, he has also shown that the x-men will still fly off for missions and I fear this will tend to be the case with the books. The island will become the background and no longer that important in the coming months, however I could be wrong but it is the way of the books to not fully explore their potential and with the upcoming event The Second Coming, who’s to say they will even be on the island when that happens. If we take uncanny’s last few issues since the nation has been forged into account then we can kind of see history repeating itself. We do have sparks of intrigue, The senior members sitting down discussing what to do, Magneto’s arrival and subsequent joy at what Scott has done and even what is left of the Atlanteans have come to call the island home. However these events seem to be over shadowed by yet another action oriented storyline that is building up, who cares about a group of predator x’s attacking the nation or even the death of one of the X-club (however touching it was). Yes it is early days but even though it shows promise I can’t buy into it. My faith in the X-office keeping the concept as it is without it blurring into obscurity isn’t there.

The potential for Nation X is massive, even though the whole island of mutants has been done before. This time it is different because the X-Men are not the outsiders looking in, but have created it themselves. But just think of what has been created, an Island of over 100 super beings with know terrorists with its ranks. Not only that but they have the remnants of Atlantis and its king and the Queen of Wakanda. If the rest of the world were to look upon this island and see who are on it they would freak out. Not only are there mutant terrorists (Magneto being the worst) who have stated their dislike of humanity, but also the Atlanteans have invaded the surface world many times and caused countless death. Therefore it would be prudent to see Cyclops meeting with world leaders to quell their fears, not just the Mayor of San Francisco. The nation would have to create diplomatic ties to other countries before Osborn and America decide to truly go to war. Where is the Navy patrol of battleships? Where is the military presence in San Francisco? Why isn’t there a load of Osborn’s superheroes stationed next to the nation? Fundamentally logical questions that I fear won’t be explored due to the narrow viewpoint the books have. 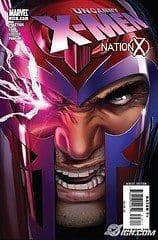 There is even more concepts and possibilities to be explored. With Storm being on the island could that not be perceived as Wakanada endorsing Utopia and with her backing could that lead to other nations allying with the mutants. Or could it bring Wakanda into conflict with Utopia and then Storm must chose between them. The actual building of Utopia, not only the structures but its economy as well could be explored. Is it going to be self-sufficient or will it trade with other nations. Ok perhaps I am asking too much from these books, but I think it is about time that they dealt with and followed through on some of the big concepts. They can no longer adhere to the X-Men rules of yesterday, creating this nation has created a different idea of what it is to be a mutant. No longer are the X-Men going to be able to blame humanity for their persecution. They have segregated themselves, turned themselves into the outsider heroes. They may want to protect this world that fears them, but the world has a right to fear them now as they have consolidated their power. Osborn will have the public backing if he wants to deal with them, hell if it was me I would be terrified by the idea of a nation composed of a dying species, who could be desperate, that are powerful.

In the end it comes down to the writers, and if they are willing to explore these angles (I believe Matt Fraction might) at all. They have three books on the market, surely one of them could be more cerebral and deal with the actual running of the nation, whilst providing character moments, a west wing meets X-Men if you will. But for now we have to wait for coming issues to see if they even explore the wide reaching ideas and with the publication of Nation X #1, which focuses on individual characters reactions to living on the island (which is a good thing, but could be explored in one of the THREE books and doesn’t need a bloody mini-series), I don’t see that happening, from the preview it would seem that they are more interested in Wolverine and Nightcrawler having fun and bashing heads than any real intelligent development. But the case of the Nation X all the potential is there and it is indeed an exciting time to be an X-fan, lets hope they don’t disappoint.