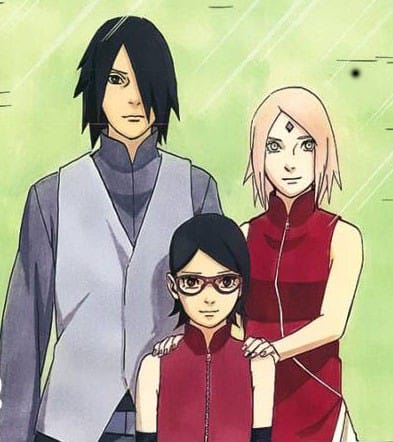 A few months after finishing his fifteen year run on one of SHONEN JUMP’s most successful manga, NARUTO, Masashi Kishimoto returns with his newest installment to the series, NARUTO: THE SEVENTH HOKAGE AND THE SCARLET SPRING. This story focuses mainly on the daughter of Sasuke Uchiha and Sakura Haruno, Sarada Uchiha. Sarada, a girl who’s never met her father, is finally given the chance when she finds out that the seventh hokage is planning on meeting with him. Little does she know she’s getting herself into something much bigger than she planned on. Shin Uchiha (though not a real Uchiha), one of Orochimaru’s experiments, has cultivated an army of younger clones of himself. With his army, he plans on reviving the Akatsuki and re-introducing war into the world. Believing that war is imperative for people to evolve, he targets the seventh hokage, Naruto Uzumaki, and Sasuke Uchiha, one of the last remaining members of the Uchiha clan, for bringing about peace to the ninja world. 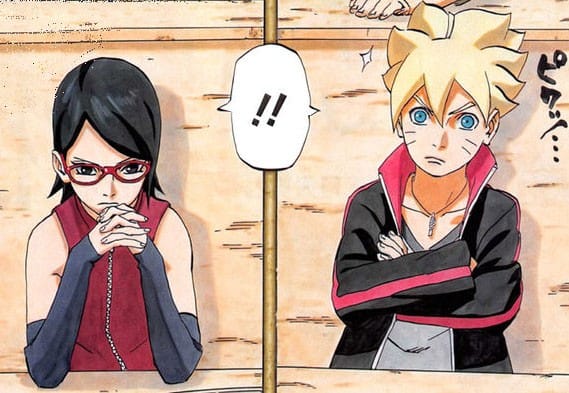 The last issue of NARUTO SHIPPUDEN takes place many years after the war. It shows us where everyone ended up. Who married who, how many kids did so-and-so have, did they have a boy or a girl; questions like that are answered. We’re not given much insight into the family affairs that NARUTO: THE SEVENTH HOKAGE AND THE SCARLET SPRING tells us. We had no idea that Sarada never even met her father. Luckily, this sequel to the series is able to give us more insight into the character of Sarada Uchiha. She looks similar to her father with those Uchiha eyes and acts just like her mother, serious with that funny/caring sense of humor. When she’s in battle though, you begin to see her sharingan flare up and for a second mistake her for Sasuke. Sarada’s dream is to become the hokage, unlike her teammate Boruto. This is shocking for some because you would think that Boruto would want to follow in his father’s footsteps. Speaking of which, Boruto Uzumaki is the son of Naruto and Hinata. He is mischievous like his father was when he was young and hates the hokage. This comes to fans as a shock because Boruto not only looks like his father when he was a kid but also acts like he did. Boruto doesn’t have a big role in this story, though. His story is for another time.

READ: Want more manga? Then check out our overview on ONE PUNCH MAN!

The newest member to the world of the NARUTO is Shin Uchiha. He wasn’t born an Uchiha. He took the name after being experimented on by Orochimaru and implanted with multiple sharingan. He’s very reminiscent of Danzo in that his left arm is covered in sharingan. The only difference is that his head is covered with them as well. As I mentioned earlier, Shin believes that peace keeps humans from evolving. His ideology is that living things never really die. He goes into detail by explaining that as long as we continue to pass our genes down from offspring to offspring then we will never die. For our genes are what make us what we are. A quote from Shin, “creating children is no more than an instinctual act to create a stronger species by mixing together half of each parent’s genetic material. And conflict results in the further selection of superior genes. That is life’s instinctive behavior. That is human evolution”. 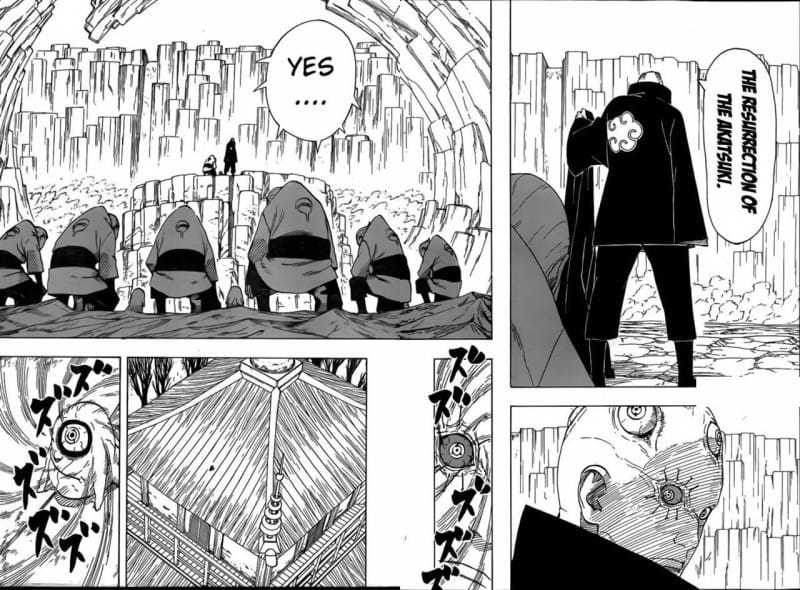 This story is true to the NARUTO series and is a great extension of it. I’ve never come across a villain in any comic book who believed that war was necessary for the survival of the human race. It’s kind of ironic. Kishimoto continues to amaze fans with his enticing artwork that has us begging for more. I admire his simple character designs and detailed scenery when he puts together a chapter. He has his own art style that is unique in a way that you can tell it’s his by looking at it. The stories that he writes speak to us, as we can sometimes relate to what a character is going through.

READ: Like Shonen manga? Then take a look at our TOP 5 BEST SHONEN MANGA OF ALL-TIME!

Kishimoto’s NARUTO has touched the hearts of fans everywhere. Through NARUTO, he has made us laugh, cry, and in some cases has even made us angry. He writes a story where fans, such as myself, can really connect with the characters when they expressed their sadness, loneliness or hatred. A story like this one doesn’t come around that often. Reading NARUTO: THE SEVENTH HOKAGE AND THE SCARLET SPRING reminds fans of what NARUTO is all about. It’s about following your ninja way and never giving up on your dreams despite what everyone may think of them. Fans like me are looking forward to the spin-off of NARUTO SHIPPUDEN, which will focus on the next generation of the children of Konoah. Are you excited for Kishimoto’s next series? Let us know in the comments below!