Steve Orlando, writer of MIDNIGHTER and the ongoing SUPERGIRL series, debuts a new tale of a character adhering to fulfill the dying wishes of his dead parents in NAMESAKE #1. The plot, however, goes deeper with the introduction of an Earth fixated with the world of Ektae. Through “dimensional alignment,” for seven days of every seventh year, the people of Earth and the “Sidhans” of Ektae get together to celebrate a cultural phenomenon known as Ektae’s Blessing, which seems like a week of heavy partying and bonding. Much of the world of Ektae is yet to be explored in this first issue, but you do get a sense of some of the Sidhans as a bunch of misfits with face marks. 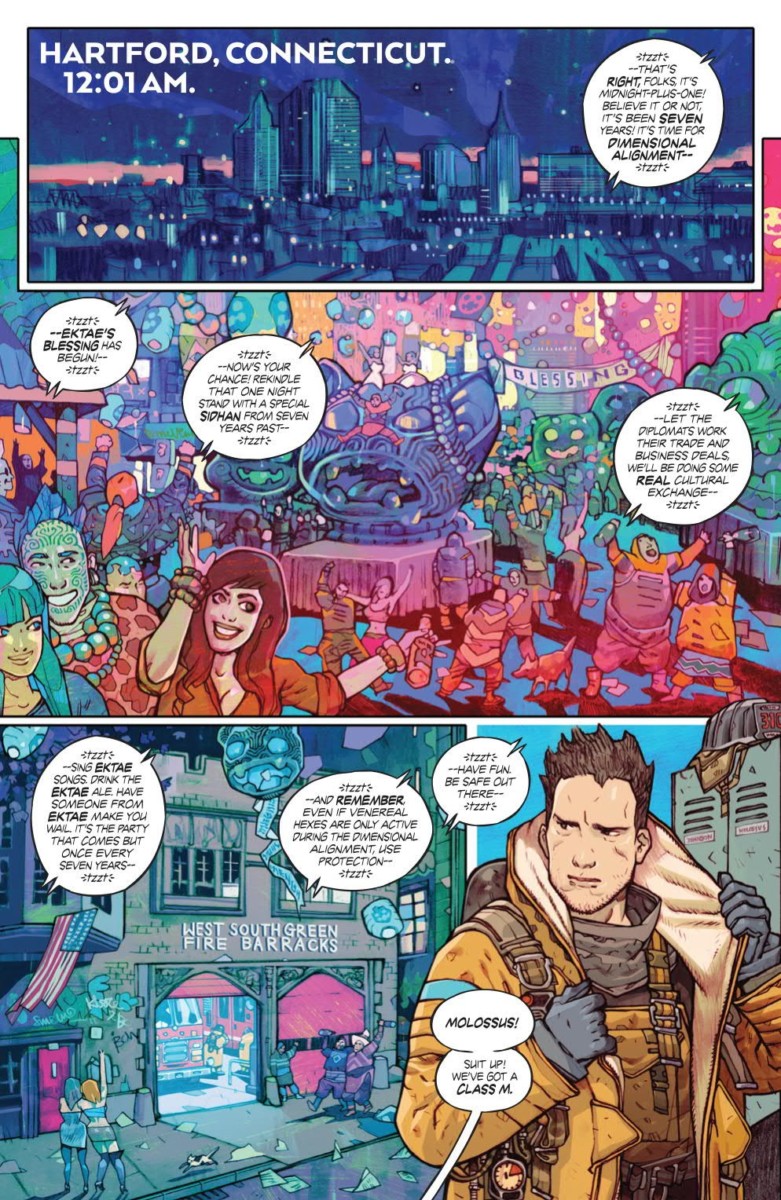 READ: Want more from Boom Studios? Read our thoughts on OVER THE GARDEN WALL

The story revolves around Jordan Molossus, a firefighter just trying to do his job on a night that feels like the ruckus of New Year’s Eve in NYC. The Sidhans make Jordan’s job harder, as some fires are based on Sidhan “magic.” Jordan seems to understand the Sidhan culture more than his peers as he explains the fundamentals of Ektae. Although he comes off as a mysterious loner, it becomes clear that Jordan has some ties to Ektae, since he is being hunted by a well known Sidhan figure. The story further develops as Jordan receives a package containing two flashy iron urns and a letter from his deceased father. The letter expresses his father’s regret of abandoning him as a child and a plea to bury both of Jordan’s parents remains on Ektae.

The theme of self-identity is very prevalent and is sure to echo throughout the mini-series. Although his character is not fully explored in this first issue, you do get the sense that Jordan feels lost. He is the product of two lovers from two worlds, and has had a taste of both Earth and Ektae. According to the letter, it’s also revealed that Jordan’s estranged parents had conflicts of their own. This should be further explored along with uncovering whatever Jordan’s supposed to find by the end of his journey, which is sure to leave you guessing. Hopefully by the end of this new adventure, it will be clear to readers and to Jordan who he is or what is his purpose. And perhaps further exploring the relationship of Jordan’s parents might be the key to finding out.

Story and characters aside, artist Jakub Rebelka shines with vivid colors and a bohemian atmosphere. As you shift from panel to panel, Rebelka utilizes shades of blue and purple, which highlights raw action scenes and close ups during intimate dialogue. Although the design of some minor characters and scenarios seem to fall flat on certain pages, Rebelka successfully captures the mood of Jordan through his hazardous night. It remains to be seen how Rebelka and Orlando will further illuminate the vast world of Ektae and its mysterious Sidhans, but expect to be entertained by some gripping fight scenes and confrontations in NAMESAKE #1. 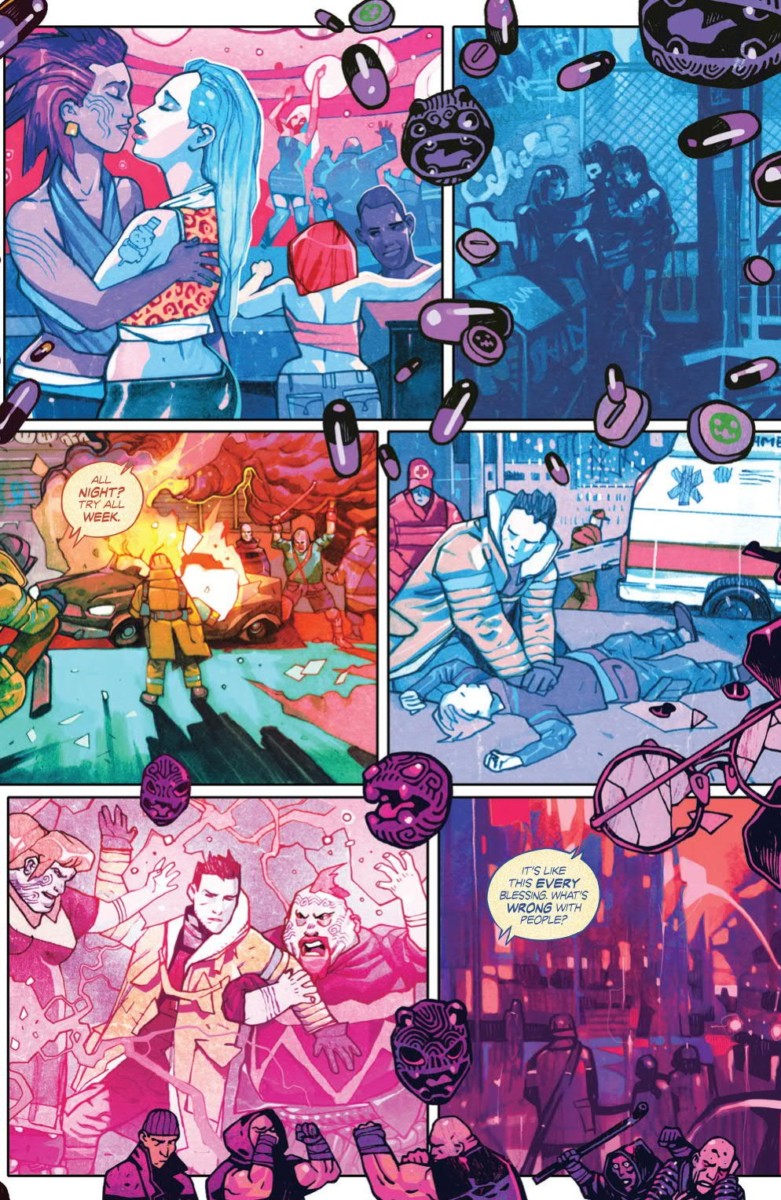 READ: Catch up on the latest GIANT DAYS issue

Sure, every epic adventure does have complications or else it wouldn’t be so memorable, and Jordan has plenty of obstacles on his plate. It’s clear Jordan does have bad relations in Ektae that will unravel further, but then it’s revealed that iron is outlawed in Ektae. Jordan is, for the sake of the plot, carrying remains of his parents in urns made of, yup you guessed it, iron. This plot device felt a little forced, and creates unnecessary tension for Jordan as he also has to race against time before the portal to Earth closes for another seven years. After all, he does have a significant other on Earth to get back to. The only way to not dismiss this iron dilemma would be for Jordan to use it as a weapon in order to disrupt Ektae’s nature, yet this seems predictable and unimaginative. It will be interesting to see how writer Steve Orlando will incorporate the use of iron urns to the story.

NAMESAKE #1 is a fine entry to a four-part mini-series. The issue gives a limited amount of context while leaving you wanting for more. The art grabs the overall mood with raw action scenes and the journey seems to leave you to speculate further. So continue reading with this first issue of the epic to uncover a new world linked to the old as action and adventure awaits.