After a two month hiatus, the NAILBITER team is back with issue 21. Judging by this issue alone the break seems to have brought a new energy to the series, with plenty of shocks and gore splattered throughout the pages.
Carroll is dead, Barker is in a mental institution and Alice has found out she is Warren’s daughter. The issue opens up with two teens walking through the high school at night before stumbling onto a gruesome sight: Alice, covered in blood, a machete in one hand, a severed head in the other, screaming “Die” at the top of her lungs. It’s a hugely impactful image, a shocking snapshot of death. It seems, sadly, that Alice has given into her murderous impulses. A page turn leads to a spattering of blood and the words ‘Bound by Blood: Chapter 1’. Make no mistake, NAILBITER is back and it’s ready to grab you by the throat with no promise of letting go.

READ: Check out our interview with the NAILBITER creative team! 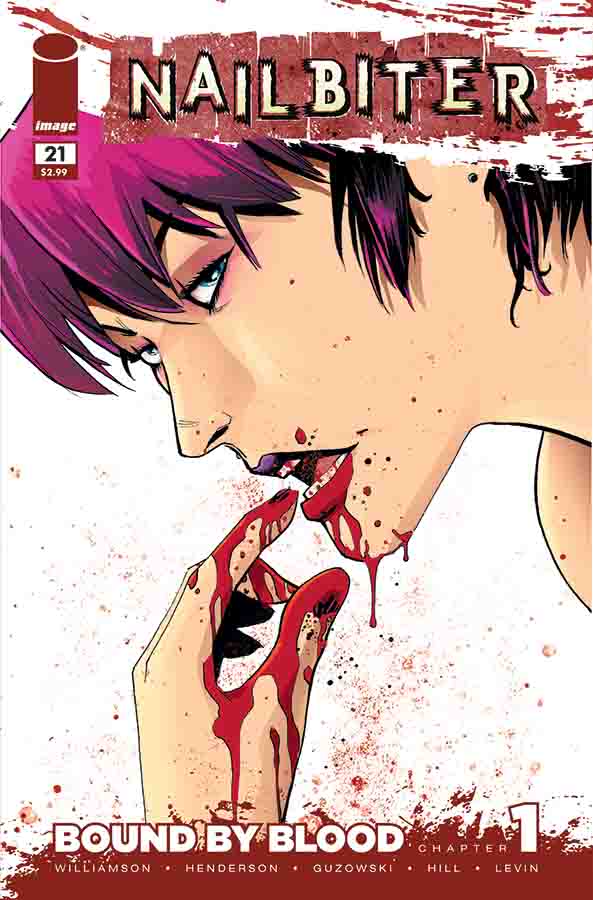 This issue deals with the ramifications of issue 20 and the stigma of being from the town of Buckaroo. While we get glimpses of what our favorite (and not so favorite) characters are up to, the primary focus is on Alice, carrying the baggage of her parentage through an extremely tough day. She has been tarred as a killer in waiting by her school colleagues while her foster parents throw her out on the street. The curse of Buckaroo rests upon her defeated shoulders. The creative team deals with this progression of situations well, each scene building on the last, from a curious question from a fellow classmate to a confrontation with her paternal mother to being made homeless. Each is punctuated by violent memories and a sense of reality slowly slipping away. You feel nothing but pity for the girl (as well you should). But that’s only the start of her journey as events begin to unfold.

LISTEN: We discuss the NAILBITER series in depth in our ComicsVerse podcast!

While this story arc starts to reveal the ticking time bomb behind Alice beheading someone, other threads start to form. Warren and Finch begin a road trip which starts off with a humorous dance (yet it still felt like Warren’s going to do something really bad soon) while someone re-opens the murder store. That specific reveal left me excited for where that thread will go and how Warren may not be the only celebrity serial killer in Buckaroo. 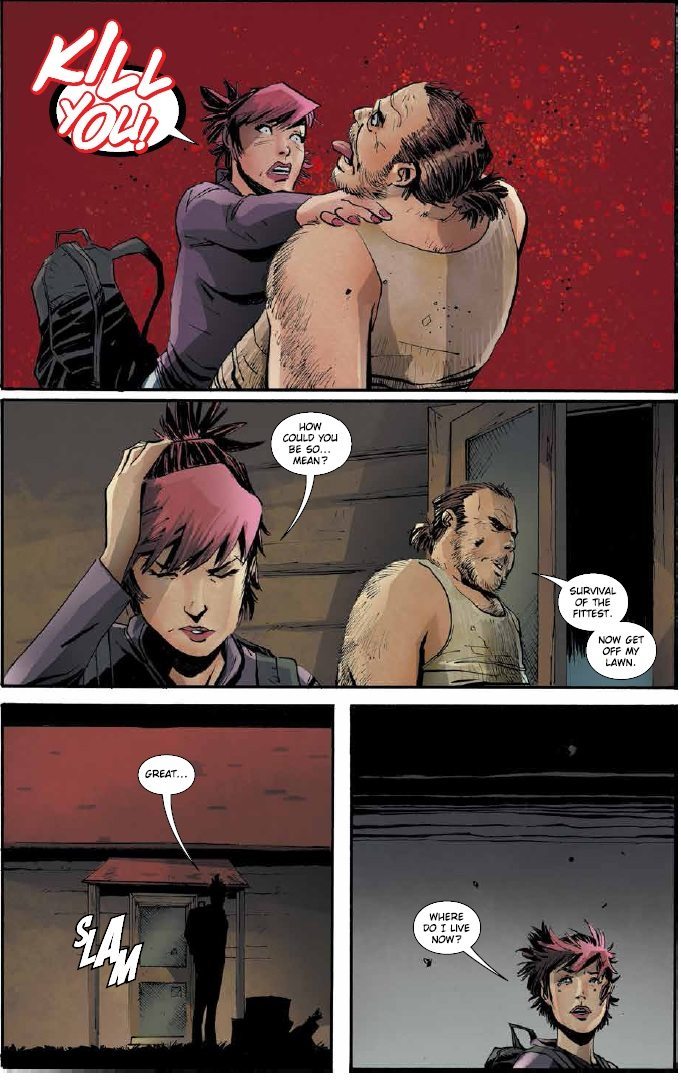 Joshua Williamson has written his finest NAILBITER script yet with teases, reveals and shocks aplenty while Mick Henderson seems to be having a ball drawing plenty of flying dismembered limbs. Adam Guzowski’s colors are stellar, with some scenes playing out with muted colors while interjecting with bright, almost glowing, red in flashbacks. Henderson’s art, Guzowski’s colors and John J. Hill’s lettering come to a pitch perfect conclusion near the end of the issue, in a two page spread that combines all that makes a good comic great.

Full of energy, mystery, suspense and fun, NAILBITER #21 should be on everyone’s must reads this week. Haven’t read the previous issues? Get the collections and jump on board this new arc now!