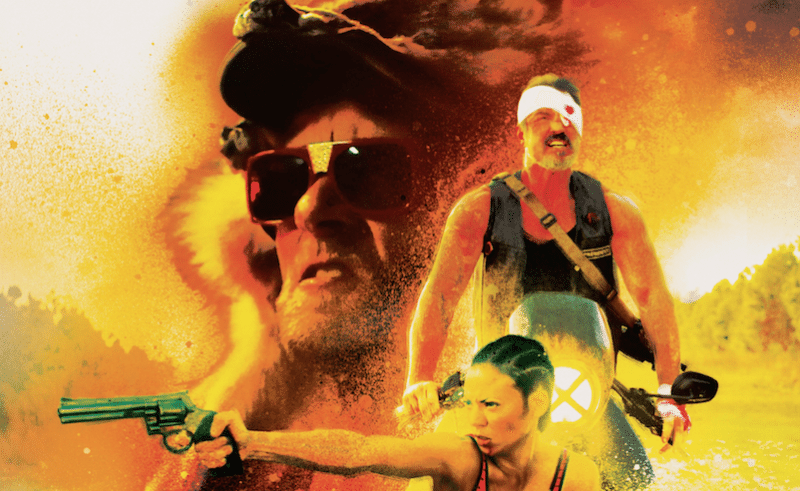 Sean Brosnan’s MY FATHER DIE feels like the type of movie you’d expect to see playing on a late Friday night in the 1970’s. It would be best accompanied by flickering film projections, stale popcorn stench, and empty beer bottles rolling across the sticky theater floor. None of this is meant as a criticism, it’s the type of unchecked, unsanitized film that modern Hollywood is too gun-shy to make. It’s not a four-quadrant film, but rather a shot of gleeful exploitation adrenaline.

Brosan’s film takes place in the southern swamplands of America. Where and when exactly is unclear. The film evokes George Miller’s original MAD MAX film, where society is still functioning, but on the verge of breakdown and anarchy. In fact, Brosnan’s most subtle commentary on the state of America is that it’s impossible to tell if the film is meant to be contemporary or in a decaying future. In this broken-down bayou, Asher (Joe Anderson) prepares to take revenge on his father, Ivan (Gary Stretch), who killed Asher’s older brother 20-years earlier. 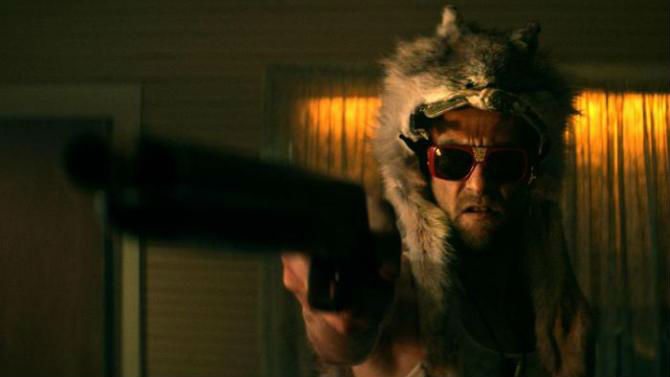 The film’s greatest strength is its dedication to the grit and grime of its premise. Unlike many recent attempts to ape the style of grindhouse filmmaking, there’s a sincerity to the story that makes the story feel like a genuine exploitation film, rather than a facsimile of one. The plot moves along quickly but aspires to more depth than would be expected from a violent romp. Muggy swamps and lurking crocodiles are brought to life with Brosnan’s camera capturing those hidden parts of America that are beautiful in their untamed nature. However, film’s loftier ambitions don’t always succeed. The interjection of classical artwork as the film’s chapter breaks clashes with the film’s pulpier tone.

READ: Did your favorite Anime make the ComicsVerse list? Check and make sure it did!

While the film harkens back to an earlier period of filmmaking, Brosnan takes the time to update certain attitudes within the film. Brosnan’s script follows that idiosyncratic nature into the script. Asher makes mistakes, particularly after his initial confrontation with his father, but mistakes that feel true to character, not the work of a sloppy scriptwriter who is trying to move the plot along. The awareness of modern action cliché presents itself in Anderson’s portrayal of Asher. Rather than exuding grizzled, badass confidence, Asher is wiry, insecure, and somewhat twitchy. The character and his reactions to his circumstances feel genuine even in the elevated reality of the film.

As the film’s game of cat and mouse escalates, Asher turns to his childhood crush Nana (Candace Smith, playing the part with warmth and steel) to patch his wounds. The introduction of Nana and her son reveals the paternal instincts of Asher, further juxtaposing Asher with his father. It is through this relationship that the film’s most subversive component emerges: a creed on the destructive power of masculinity. While the film certainly indulges itself in violence and action, Ivan is the portrait of cliché action movie hero: all stoicism and macho bravado. Rather than spend the film brooding and training to face off with his father, Asher instead bonds with Nana’s son and becomes the father figure he never had. It’s this subversion of the masculinity associated with exploitation films that provide MY FATHER DIE with a voice that stands out among the best of action movies.

MY FATHER DIE may not be a perfect film, but it’s certainly the type of film the world needs to see more often. It’s a film that pulls no punches and will certainly find its dedicated audience. Brosnan proves himself as a filmmaker who can bring thought-provoking insights to familiar trappings. MY FATHER DIE is a Freudian revenge thriller that will delight even the most cynical of movie fans.