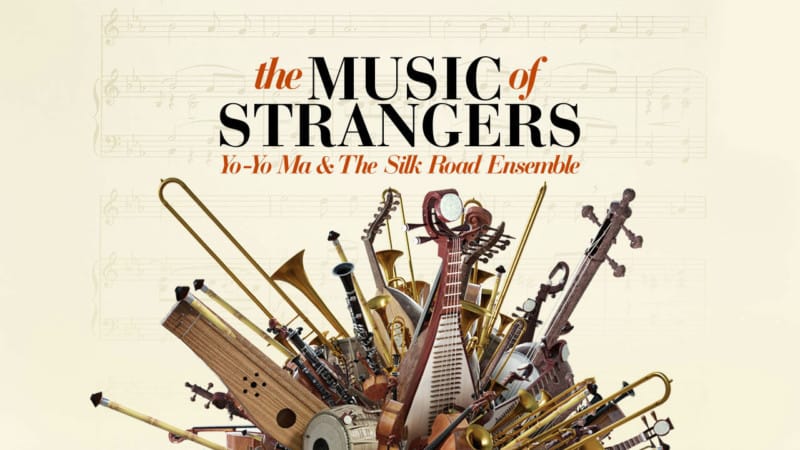 There have been plenty of reflections here at ComicsVerse and in other pop culture-focused publications about the significance of art during the current turbulence of the global political climate. Nationalism has seen a surge in popularity and many countries in the world are closing its doors to turn inward instead of reaching out to support their neighbors in the global village. It seems like a moment of kismet that Morgan Neville’s newest documentary THE MUSIC OF STRANGERS: YO-YO MA AND THE SILK ROAD ENSEMBLE provides audiences with a beautiful remedy to the ugliness of global isolationism.

Neville made a name for himself with the Academy Award winning documentary 20 FEET FROM STARDOM, which also focused on a specific niche in the world of music. In this film, Neville’s focus is on the Silk Road Ensemble, a group of international musicians under the leadership of renowned cellist Yo-Yo Ma.

As in 20 FEET FROM STARDOM, Neville’s greatest strength as a documentarian is the level of intimacy he manages to get from his subjects. The individual portraits of the musicians almost make the documentary into a hang out movie. The members all come across as genuine and warm individuals. The documentary makes watching them simply interact just as entertaining as watching them play their music.

The stunning and eclectic music of the Silk Road Ensemble is complemented beautifully by Neville’s direction. His sweeping shots of international locations are breathtaking, and the way they are rapidly cut together reinforces the cultural mixture of the Silk Road ensemble itself, providing a perfect visual marriage with the group’s diverse music. While the film may feel like it lacks closure for some of the key players due to real world events, THE MUSIC OF STRANGERS manages to provide a unique into the way the last half a century of global politics has shaped modern art. 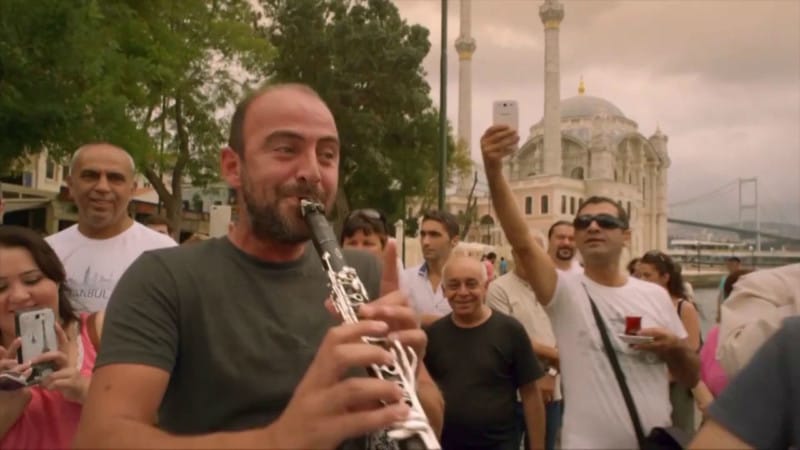 As seen in the film, the Silk Road Ensemble first began to practice together as a group in 2000. The initial meetings were successful and creative, but it was the events of 9/11 that seem to have pushed the group to continue to stand for both music and a united cultural experience just as the world wanted to become more and more divided. We also see how the internal political strife of individual countries affected select members of the ensemble.

The film’s construction does an admirable job of giving us insights into the passions that drive many of the members of the ensemble. Yo-Yo Ma, for instance, seems compelled to find new ways of looking at music and how people connect with it. After being in the world musicians for so long, Yo-Yo Ma’s quest to keep challenging his perceptions on humanity’s relationship with music is inspiring and it’s something all artists should aspire to with their creativity.

CLICK: Intrigued by this documentary? Click here to check out more information and see the film’s trailer.

Pipa player Wu Man, clarinetist Kinan Azmeh, and kamancheh player Kayhan Kaylor each discuss how their music in relationship to the revolutions of their homelands (China, Syria, and Iran, respectively). The parallels between each musician and their expression of their hopes and fears about their countries through music is moving and gives the film a unique counterpoint to Yo-Yo Ma’s optimistic hopes for the power of music to bring disparate people together.

These moments give what could have been a fluff piece documentary some greater dramatic heft. Though the problems they face are complex and cannot be wholly resolved in the span of one documentary, their stories and their music provide raw emotional catharsis. There is a feeling of hope provided by music in this film, and couldn’t we all use more of that right now?

What makes THE MUSIC OF STRANGERS such a great piece of documentary filmmaking is the way it puts right into the experience of these musicians and helps us to empathize with their desire to create art that betters the world. While the instruments all come from different countries, the Silk Road Ensemble makes them all blend together harmoniously like they were meant to be played together as one sound, one language, by one shared humanity.

THE MUSIC OF STRANGERS airs this Monday, March 6th at 8pm EST on HBO.