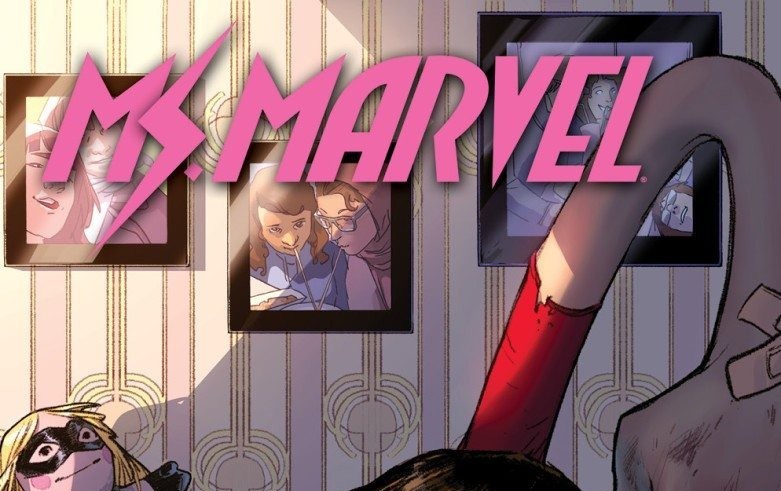 When G. Willow Wilson put this character together, something just seemed to click.  In an age where comics had become the province of older readers, she caught the attention of teenagers; she stands for youth culture, for ethnic diversity, and for hope.  Dramatically, this was the first book where we heard that digital sales outperformed physical sales.  This series heralded a new age, one that gave a chance to books like STARFIRE, UNBEATABLE SQUIRREL GIRL, SPIDER-GWEN, and ROCKET GIRL.  This was a book that reshaped the comic book industry.

And now Ms. Marvel is back, and better than ever.  This time, she’s an Avenger!

Here’s what Marvel have to say:

New York, NY—October 26th, 2015 — The internationally-beloved, award-winning, butt-kicking, smack talking, most adorable super hero makes her triumphant return! Time to hop on board the book that has the world talking…Ms. Marvel is back! Today, Marvel is pleased to present your new look inside the oversizedMS. MARVEL #1! Writer G. Willow Wilson alongside artists Takeshi Miyazawa & Adrian Alphona return to chronicle the ongoing adventures of Kamala Khan! Did we mention she’s an Avenger now? Yup, the dream has become a reality. She’s gone toe-to-toe with the best of the best, but will being one of Earth’s Mightiest Heroes be everything she hoped for? Is being a celebrity hero as wonderful as Kamala had hoped? Find out in the electrifying first issue this November in MS. MARVEL #1! Buckle up Kamala Korps – it’s going to be a wild ride.

READ: Why is MS. MARVEL so counter-cultural?

Check out our coverage of the ALL-NEW ALL-DIFFERENT MARVEL UNIVERSE!