With the first two issues of CIVIL WAR II released and the event in full swing, it’s time for Marvel to begin releasing the inevitable tie-ins. After a quasi tie-in last month, MS. MARVEL #8 puts Kamala Khan right on the front lines of the conflict over predictive justice brewing in the main miniseries.

READ: Catch up on last month’s MS. MARVEL with our review here!

The eighth issue of MS. MARVEL begins in 1948 with a prelude showing Kamala’s ancestors, including her pregnant great-grandmother, fleeing their traditional home of Bombay for Karachi in the midst of civil war between India and the then newly-created Pakistan. In the present, we catch up Kamala as she’s about to meet with her hero, Captain Marvel, a.k.a. the leading supporter of using Inhumans member Ulysses’ predictive powers to stop anyone who thinks of committing a crime. Carol explains to Kamala that she’d like Ms. Marvel to head up a team of volunteer civilians who wish to help use the powers for good. 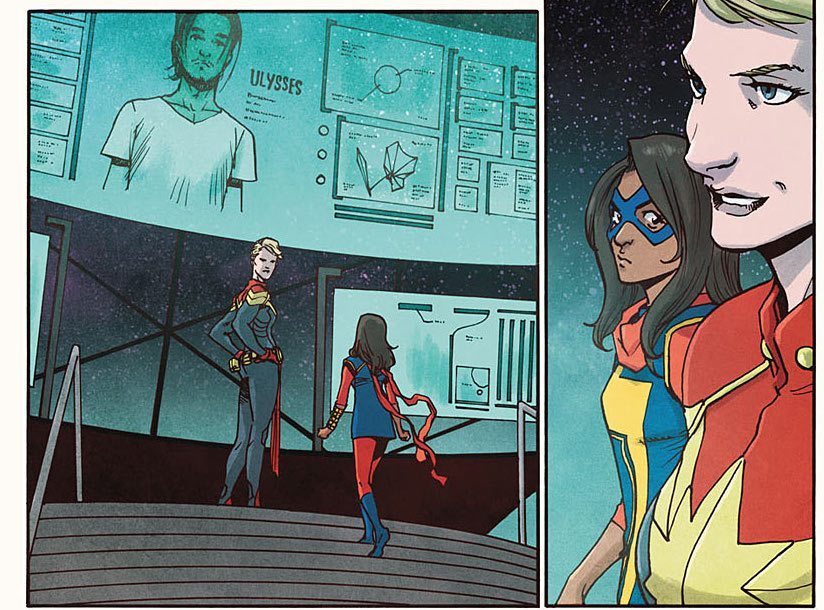 The group is successful in taking down their first target before he has a chance to hurt anyone. Kamala is initially elated, but a conversation with her sister-in-law leads her to worry that what they’re doing amounts to profiling potential criminals simply for their thoughts. As they take down more targets, Ms. Marvel becomes more and more conflicted. Her turmoil comes to a head as the issue’s conclusion brings the problem closer to home than she ever imagined.

I was initially wary of reading MS. MARVEL #8. I’m not a fan of the CIVIL WAR II premise—namely I think it’s crazy that heroes like Captain Marvel are willing to arrest those who may commit a crime in the future even though there have been so many Marvel Universe stories centered around alternate timelines and how easily history can be altered, but I digress—and wasn’t looking forward to reading a tie-in. As usual, though, writer G. Willow Wilson showed me that my apprehension was unfounded.

MS. MARVEL #8 is easily the best CIVIL WAR II–related book I’ve read to date, mainly because it takes the conflict down to a relatable level. While I still have problems with the concept as a whole, it’s much easier to relate to the moral dilemma of whether it’s fair to lock up someone who was considering robbing a liquor store than if it’s right to attack Thanos before he has a chance to destroy the Earth. It also helps that Wilson has crafted Kamala into such a down-to-Earth, well-rounded character. Seeing the dilemma through her eyes allowed me to see both sides of the issue better than either of the first two CIVIL WAR II issues, where frankly I didn’t think either side came off particularly right. The ending of the issue also ties everything together quite nicely, really showing just how dangerous and upsetting the concept of predictive justice could become. 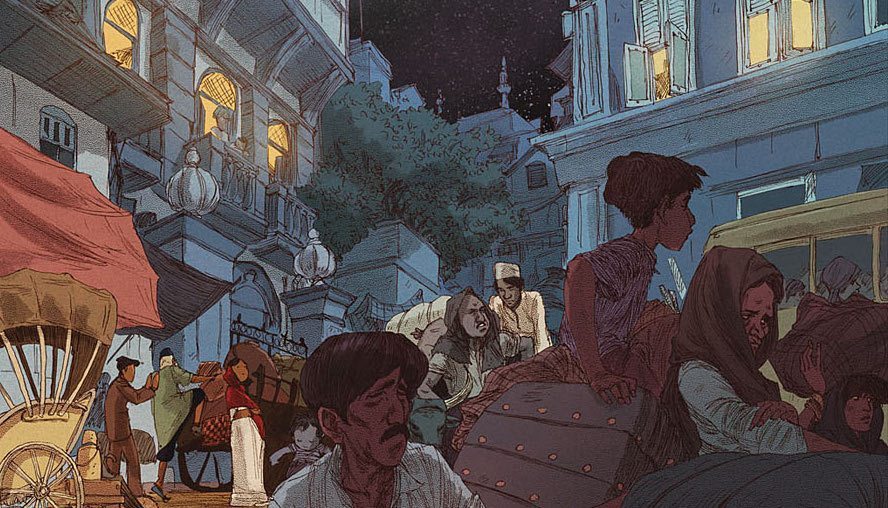 I would be remiss if I didn’t mention how much I enjoyed the short prologue of the story focusing on Kamala’s ancestors. In a lesser writer’s hands, it could have read like shoe-horning real historical events into a comic book storyline, but Wilson handles it deftly. Instead of making things about the political issues of the time, she zooms in on the human emotions that went into the great migration of Muslims from India to Pakistan. I really look forward to reading the rest of this story, which will be continuing in future issues.

Artistically, the issue combines the best of both worlds as far MS. MARVEL is concerned. The book features both of the series’ artists, who usually alternate between arcs. The present day sequences are handled by Takeshi Miyazawa, who brings his normal bouncy, nearly cartoonish quality to them while still maintaining the seriousness of the situation. Meanwhile, the Bombay flashback is done by Adrian Alphona, who does a beautiful job, with the final page almost looking like a religious-themed Renaissance painting. 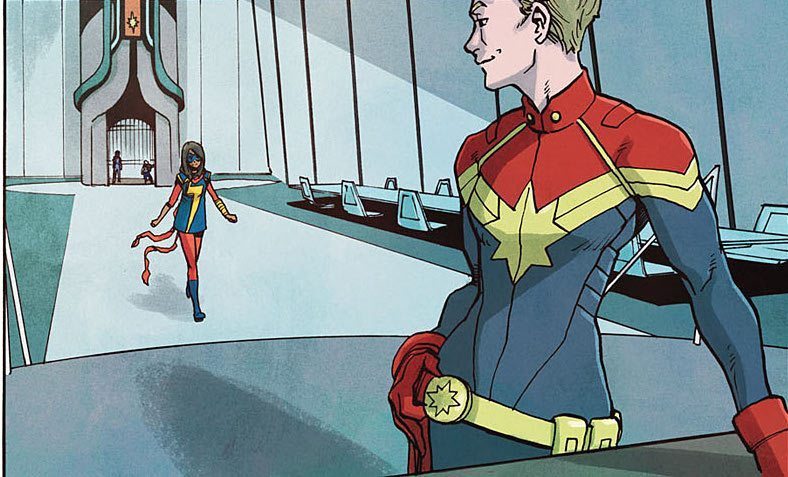 As is typical for the series, MS. MARVEL #8 gets a high recommendation from me. While the issue definitely should be read by those who are enjoying CIVIL WAR II, I think even those who aren’t particularly fond of the event will like the way Wilson tackles the central moral dilemma.