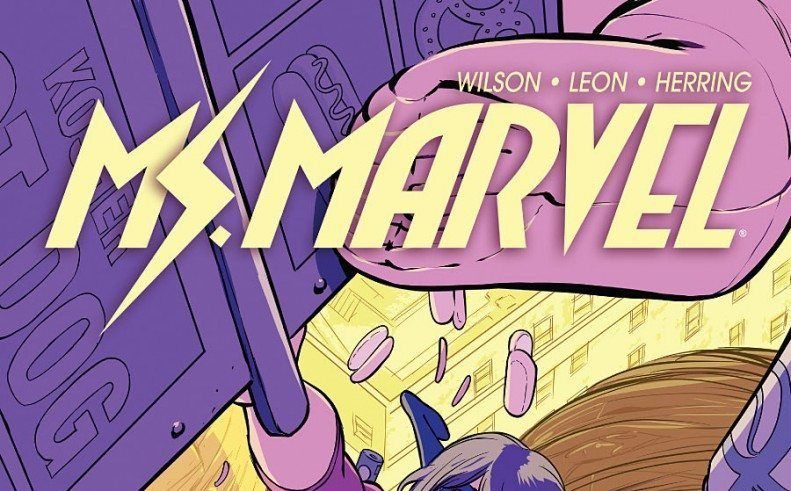 The sixth issue of Ms. Marvel’s second volume serves many masters and does so successfully. It’s the final issue of the three-part “Army of One” storyline, addresses one of the book’s main overarching subplots, makes a major change to the status of a supporting character, features an appearance from one of Marvel’s most powerful characters, and finds the time to get in some CIVIL WAR II foreshadowing for good measure.

READ: Catch up on the previous issues of this MS. MARVEL arc here!

MS. MARVEL #6 begins where the previous issue left off, with Ms. Marvel attempting to slow down an army of clones of herself who are wreaking havoc in Jersey City. Bruno creates a giant T-Rex from more Loki residue to combat the clones; however, that plan fails as well. Desperate for help, Kamala calls in Captain Marvel while Bruno and his girlfriend Mike attempt to summon Loki himself. 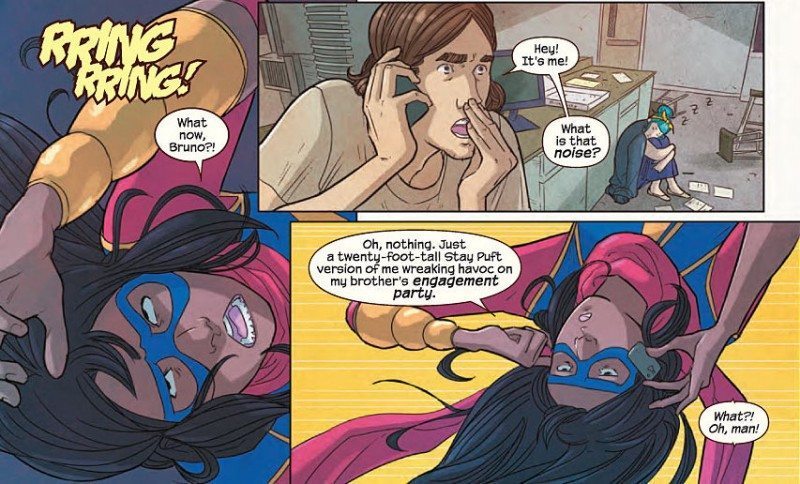 The two successfully summon the Norse god, who mocks them a bit before agreeing to help. However, he proves unnecessary, as Captain Marvel arrives and uses her access to the A.F.S.S. satellite platform to destroy all of the clones. She then has a heart to heart with Kamala, telling her to make sure she prioritizes her life better. Iron Man arrives after being alerted to the satellite energy discharge, and after an icy exchange with the Captain, he tells Kamala the same thing. Kamala reeducates herself to making time for all those important in her life and attends her brother Aamir’s wedding.

Sometimes I feel like a broken record when discussing MS. MARVEL, but I can’t help it. G. Willow Wilson and Co. consistently put out one of comics’ best books on a monthly basis, and issue nineteen is no exception. This month’s conclusion to the overall enjoyable “Army of One” storyline works on almost every level. The subplot of Kamala being so overwhelmed with her Avenger duties that she’s been ignoring her real life has been percolating since the first issue, and this book does a good job of moving past it while at the same time not tying it up in too neat of a bow.

The issue also has some insanely entertaining “only in comics” moments (like the dinosaur and giant army of clones) that in other books may seem over the top, but here fit the slightly irreverent tone of the book like a glove. Those moments are balanced by some great character interactions, including the perfectly written wedding of Aamir and Tyesha and Kamala’s great conversations with both Carol and Tony. Speaking of the latter, I love how Wilson foreshadows CIVIL WAR II with Captain Marvel and Iron Man’s small confrontation while not taking any attention off of Kamala, a problem a lot of crossover tie-ins have. I also enjoyed the fact that despite their ideological differences, Carol and Tony each give Kamala nearly identical advice.

Artistically, Nico Leon once again does a bang-up job. The fight scenes and quiet emotional scenes were equally well done, especially the wedding scene that ended the issue. Kamala looked particularly great during that sequence, and I would love to see Leon work on the character more often. I was also a big fan of all the little background bits Leon put in, my personal favorite being Bruno and Loki fist-bumping when the battle was won, even though they didn’t actually contribute to the victory in any meaningful way. 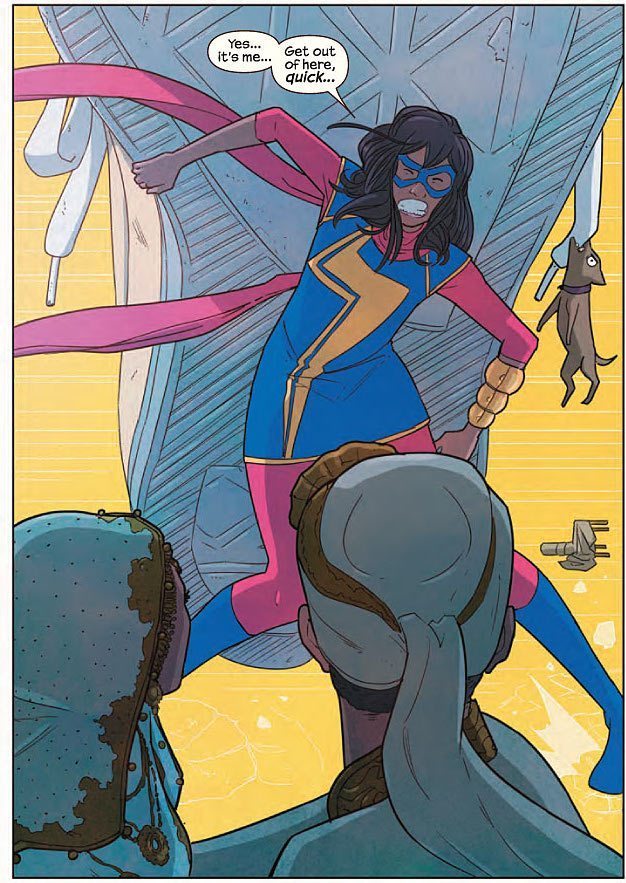 As usual, MS. MARVEL #6 comes with the highest recommendation that I can provide. It’s a smart, sweet issue that doesn’t take itself too seriously, but never feels like self-parody. Plus, it has some great pre-CIVIL WAR II interactions to boot. Honestly, I’m not sure what more a potential reader could want.