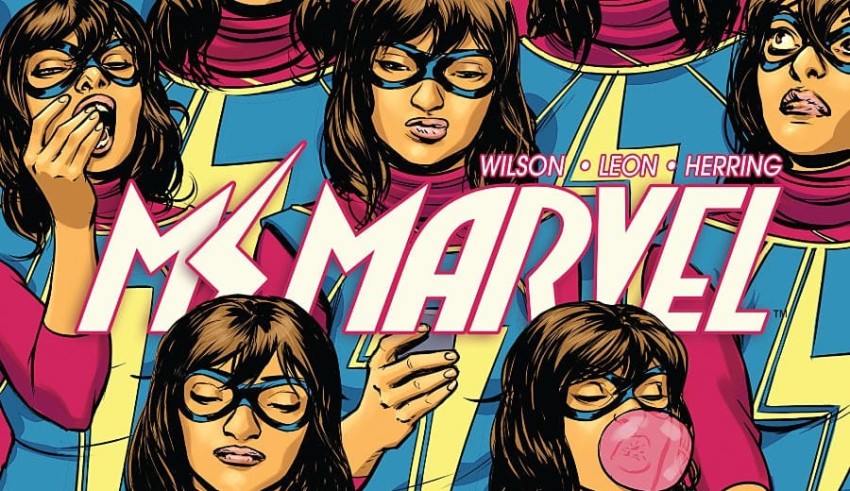 MS. MARVEL #5 from writer G. Willow Wilson and artist Nico Leon sees the disastrous results of the doppelgänger Kamala experiment that the title character convinced Bruno to assist her with last issue.

The issue begins with Ms. Marvel fighting off a horde of ninja criminals and using said fight to ignore Bruno’s calls to get some time to herself. However, she’s unaware that he’s calling to warn her that the Kamala golems that the two made to help her balance her home and superhero lives are uncontrollably multiplying (as we saw at the end of the last issue). Meanwhile, the two original doppelgängers keep failing at their respective jobs as well. One manages to alienate all of Kamala’s friends at school, while the other awkwardly ruins her first meeting with her brother’s fiancé’s family. 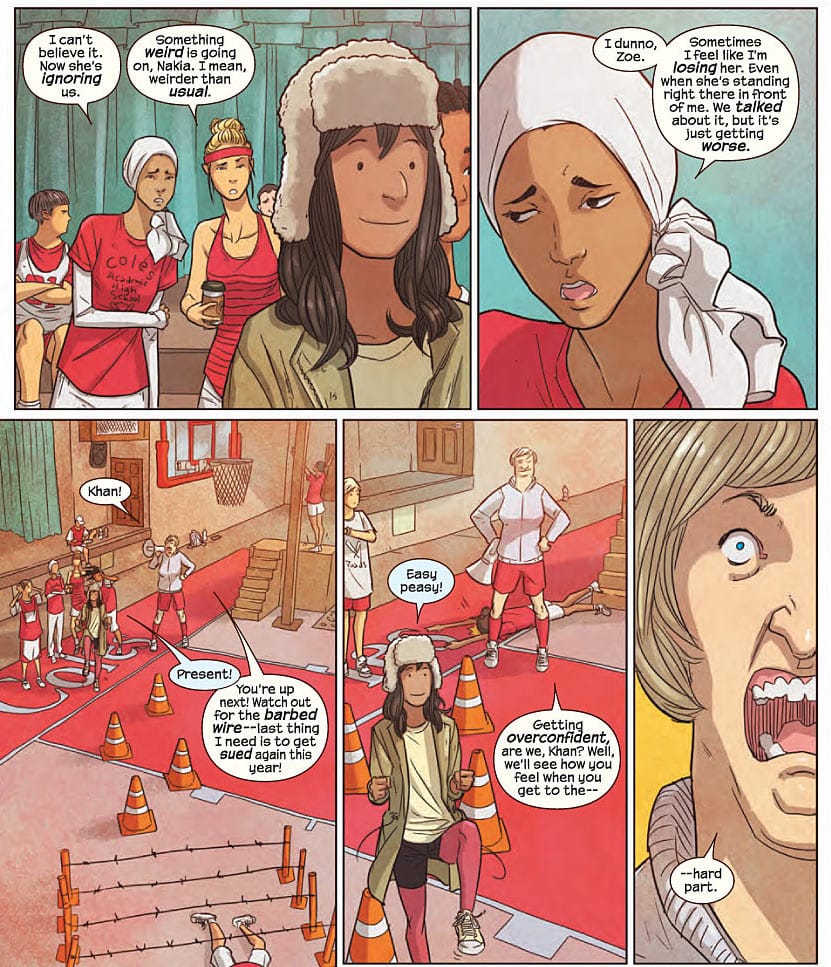 Things go from bad to worse as the hordes of Kamalas start overtaking the streets of Jersey City. After a disastrous encounter with her family, the real Kamala realizes the error of her ways and seeks out help from Bruno and his girlfriend Mike to solve the problem. Little do they know that said problem has literally become much bigger than they can possibly imagine.

READ: Feeling behind? Catch up on previous issues of MS. MARVEL here!

MS. MARVEL #5 is another very solid issue from the creative team. However, it’s not quite up to the series’ usual standards because the plot feels a bit rushed. While it was obvious that Kamala’s doppelgänger experiment would blow up in her face, it feels like the issue doesn’t really give enough time for the concept to breathe. I would have preferred if the golems in Kamala’s gym class and at home with her family had failed towards the end of the issue, as opposed to just after the story began.

Wilson also had Kamala acting a bit out of character for most of this issue, though I think that was intentional to show just how stressful juggling her three lives has become. Even so, I found it a bit hard to believe that she’d ignore calls from Bruno and her family, no matter how bad things got. Much like last issue, everything revolving around Aamir’s wedding was a highlight of the issue. The introduction of Tyesha’s Christian parents and atheist brother adds another new wrinkle to the storyline, but Wilson’s writing avoids cliche and keeps things light and realistic.

Nico Leon once again does a fantastic job with the art this issue. He’s even iced my one gripe with his art from last issue, by tweaking the Kamala golems’ design so that they now seem realistic enough to fool others while still clearly being identifiable as doppelgängers. 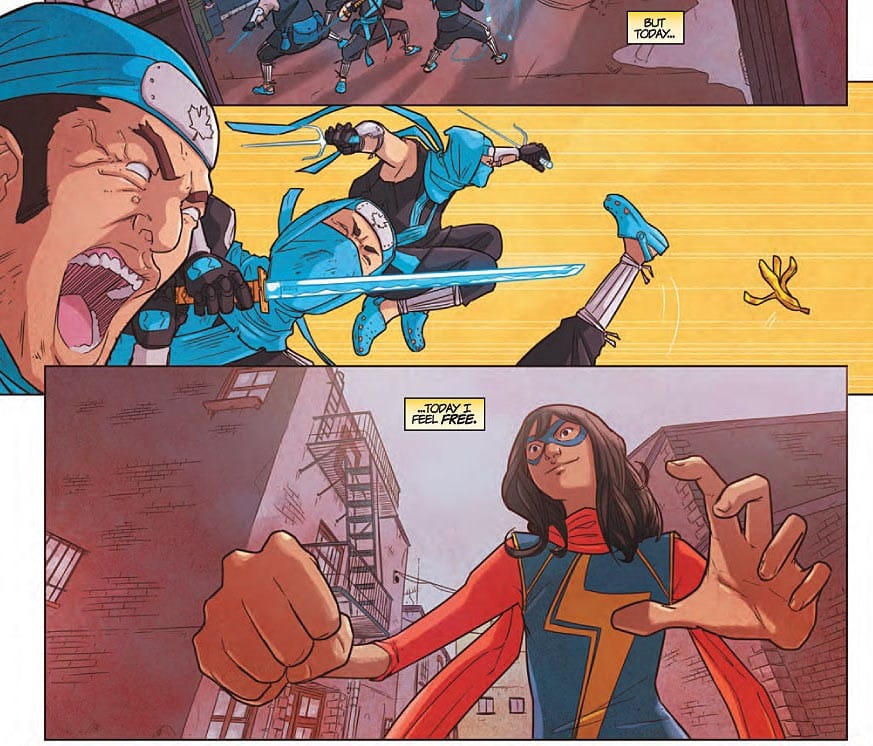 MS. MARVEL #6 suffers a bit from its rushed pace, but it’s still an enjoyable read, especially for longtime fans of the series. The “Army of One” arc does feel a bit like filler, but it’s still entertaining, and the development of the two families coming together is something I look forward to seeing explored further.