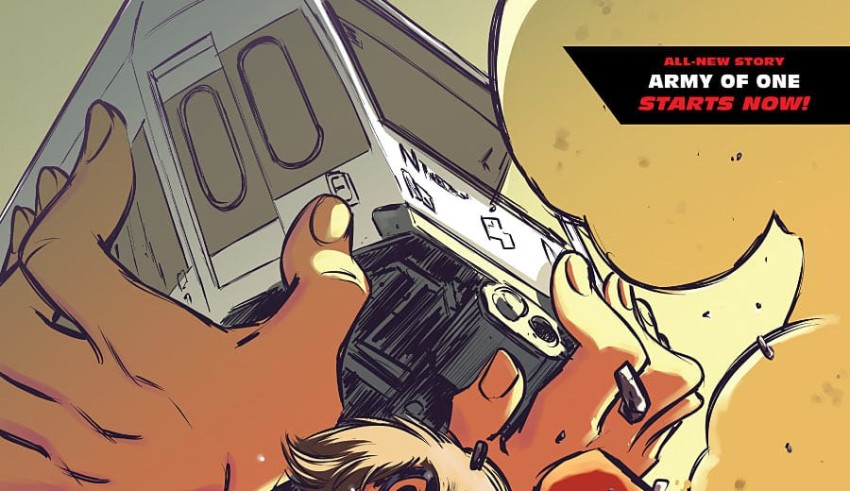 Kamala Khan has always had a hard time balancing her superheroic exploits with more mundane problems like school, family, and social life, but the problem is bigger than ever in MS. MARVEL #4.

The issue begins with Kamala’s brother Aamir announcing to the family that he and his girlfriend Tyesha wish to get married. While the Khan parents are at first uneasy with the news, they eventually give their approval when Tyesha says she’s willing to move in with the family. Kamala is initially ecstatic over the news, until she realizes the slew of wedding responsibilities that are about to fall upon her. To make matters worse, her math teacher calls to inform her that she’s failing. 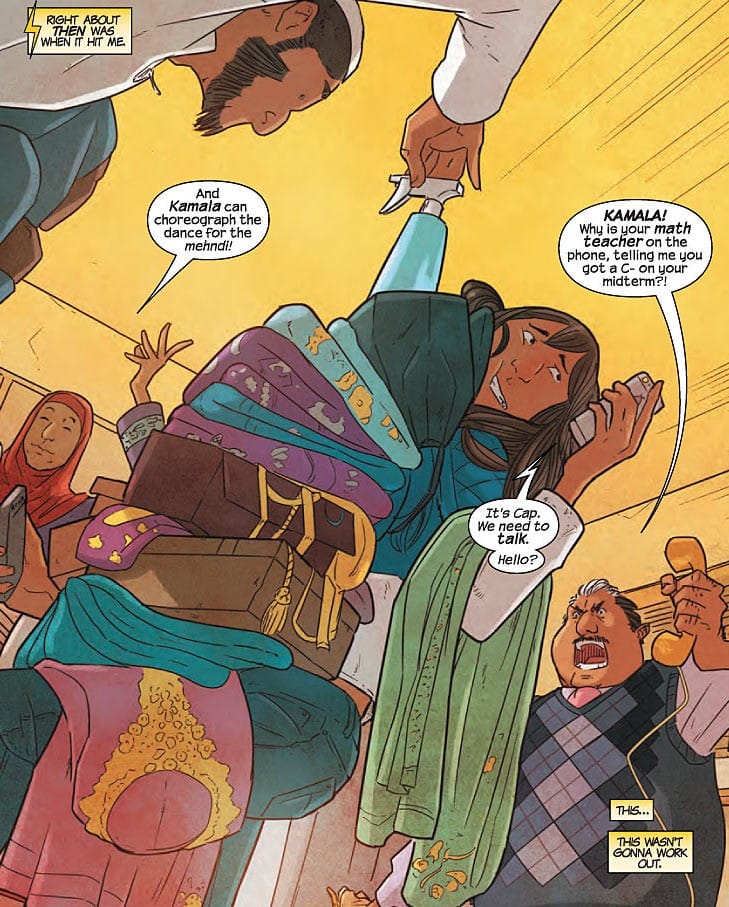 Drowning in stress, Kamala decides to head on patrol as Ms. Marvel and take care of some Avengers business. Alas, her stressed-out mind gets the better of her and she’s forced to call in the rest of the team, leading to a stern warning to get her act together from Captain America. The next day, an embarrassed and exhausted Kamala is kicked out of class, and seeks solace with Bruno in the school’s science lab, only to find him working on one of Loki’s golems (left behind after the events of issue #12 of the previous series). Kamala quickly hatches a plan to have Bruno create 3D-printed lifelike duplicates of her using the golem body as a template so that she can send one to school and one to family functions while she tends to her Avengers duties. Bruno reluctantly does so despite predicting the plan will backfire, a prediction that proves frightfully true by the issue’s end.

It should be no secret to anyone who reads these reviews that I’m a big fan of MS. MARVEL, as I’ve been effusive in my praise of both volumes of the series here on ComicsVerse. I say that only to give some background weight to my opinion on issue #4, namely that it may be my favorite single issue of the series so far. Writer G. Willow Wilson does a masterful job of weaving together all the ways Kamala’s life is falling apart, from the wedding stress, to academic failures, to feeling like she’s unworthy of being an Avenger, and finishing off with another reminder that her relationship with Bruno is still awkward even after the events of issue #3. It can’t be understated how important this bit of plotting is, as it would be nearly impossible to empathize with Kamala’s desire to have Bruno synthesize duplicates of herself if it didn’t work. Kamala’s idea is a terrible one, quickly destined to fail, a fact obvious to Bruno within the story and readers outside of it. However, because we can so clearly see just how out of control Kamala’s life is, she remains relatable and the decision becomes understandable, if not excusable. 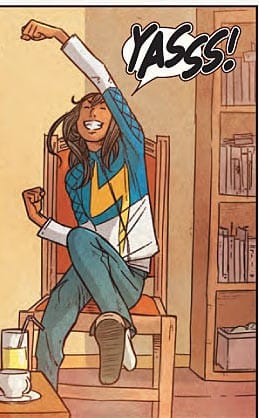 As should be obvious from the plot description, the vast majority of MS. MARVEL #4’s  characterization weight is pulled by Kamala, and Wilson once again knocks it out of the park here. The character begins the book with the sense of optimism and joy that she’s known for. However as the story moves along, Kamala becomes more and more downtrodden, almost as if the life is being sucked out of her by the weight of the world on top of her. Beyond the main thread of the book, there are some other moments of characterization that I wanted to spotlight, namely the interaction between Kamala’s parents, Kamala, Aamir, and Tyesha that begins the issue. Wilson uses the sequence to tackle the subject of racial discrimination in a way that feels incredibly natural, coming off neither as insensitive nor like an after-school special. 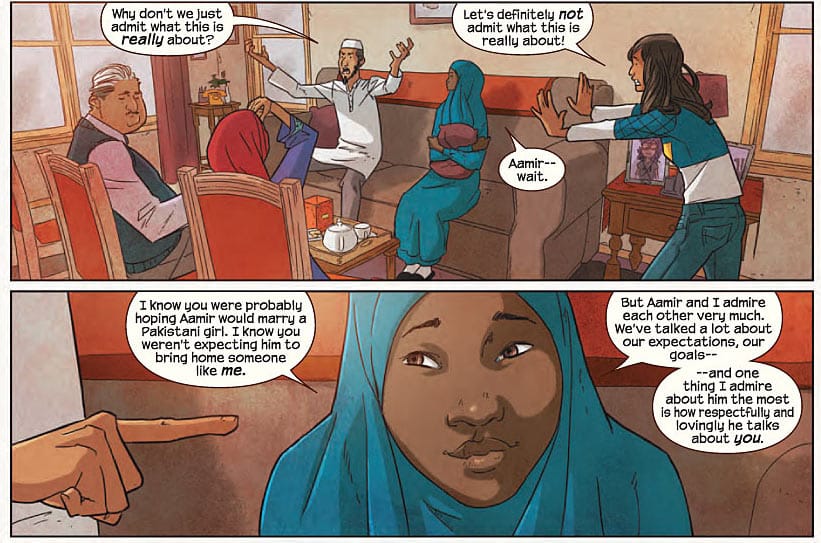 I was a bit nervous when I saw that MS. MARVEL #4 would have a new artist. While I’m a fan of Nico Leon’s work, I’m always wary when someone new comes onto a book with such a well-defined look. I’m happy to report my fears were completely unfounded. Leon does a great job keeping the book in line with its previous artistic style, while not copying either of those artists. I particularly enjoyed his take on Avengers members Captain America and Iron Man. If I could nitpick about anything, it’s that the Kamala golems looked a tad too fake. While I understand the desire was to make sure the audience knew who the real Kamala was at all times, it broke my suspension of disbelief a bit that other characters within the story couldn’t tell the difference between the real Kamala and such a clear facsimile. 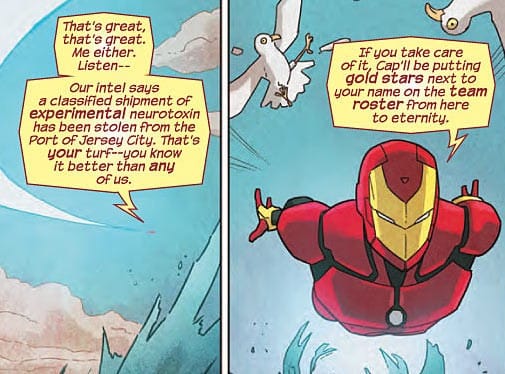 MS. MARVEL #4 is not only another strong entry in the series, it just might be the best one yet. I would strongly recommend this issue to anyone who likes comics.