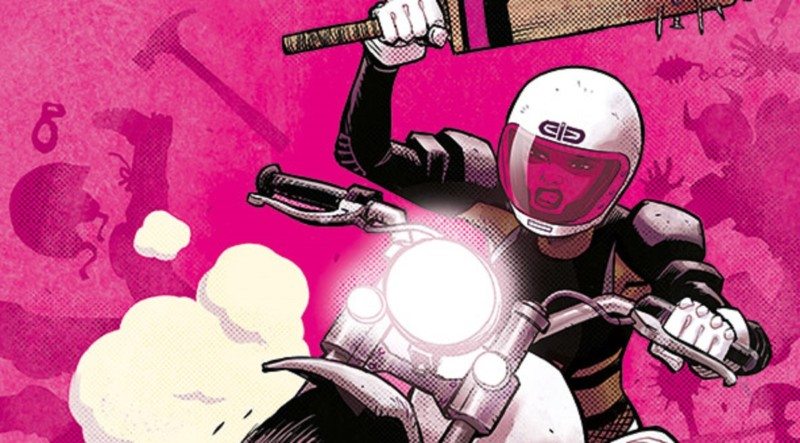 The well-acclaimed creative team of BATGIRL OF BURNSIDE (Brenden Fletcher, Cameron Stewart, and Babs Tarr) is back — this time with sci-fi action and a rush of adrenaline. MOTOR CRUSH #1 is not about mainstream superheroes saving the day. It is an exhilarating series about a young and hip female biker who is willing to go above and beyond to fulfill her dreams.

I was immediately hit by a wave of nostalgia when I read MOTOR CRUSH #1 as it reminded me of my favorite game as a child: ROAD RASH. Like ROAD RASH, MOTOR CRUSH #1 follows edgy, fierce bikers who participate in a violent, yet exciting, street race. MOTOR CRUSH #1 transports readers to a different world with its exhilarating races and advanced technology, making it no less exciting than a futuristic video game.

READ: Love the Batgirl team? See our review of BATGIRL OF BURNSIDE VOLUME 1!

The protagonist Domino Swift is the daughter of a former racing league champion, Sullivan “Sully” Swift. Sully is extremely proud of his talented daughter and believes that she has the potential to be a champion like himself. However, he is unaware of the fact that Domino is leading a double life. In order to compete in a worldwide motorcycle racing league, Domino must participate in a violent, illegal bike race to win Crush, a pink liquid boost stored in glowing capsules. In fact, Domino already has an abundance of Crush, and it is the source of her victories. Not much is revealed about Crush, except that it can accelerate the speed of bikers and that an overdose is deadly. 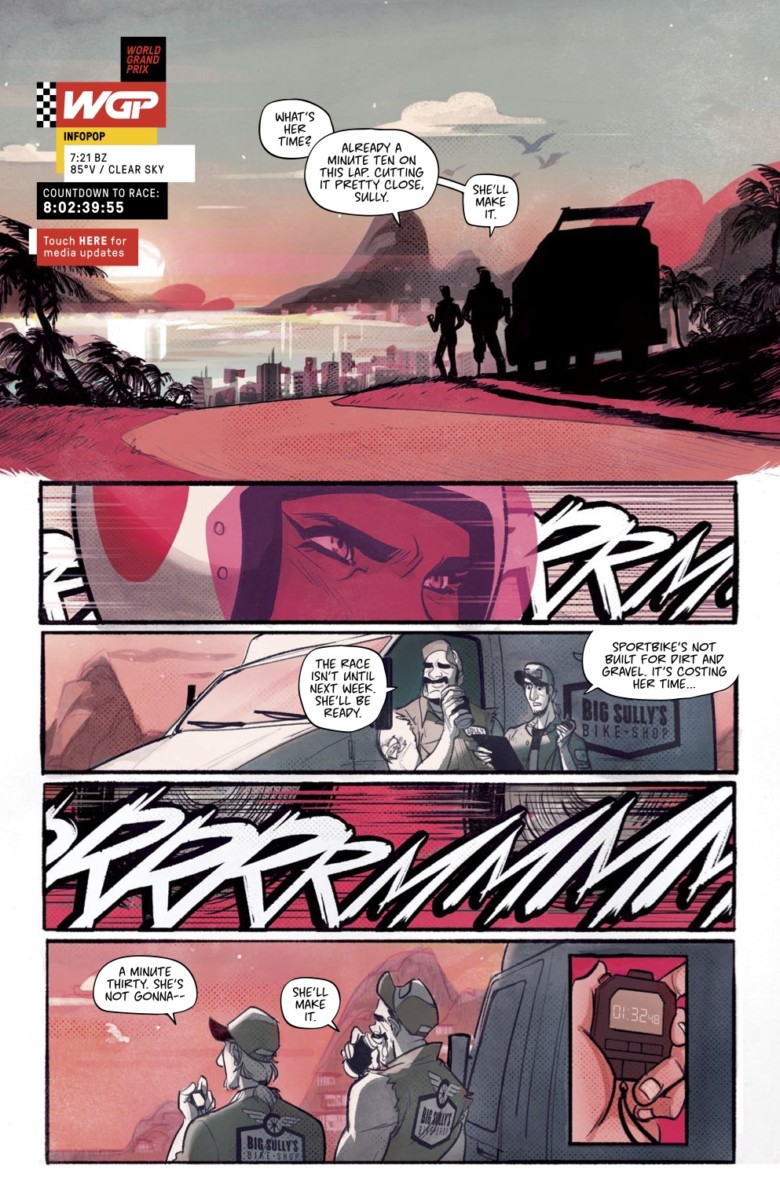 Fletcher, Stewart, and Tarr must be praised for their brilliant characterization in MOTOR CRUSH #1. It is difficult not to fall in love with Domino. She is bold, assertive, and full of zeal; a young woman who knows what she wants and how to get it. However, she does not come off as conceited. She knows how to differentiate between right and wrong, and she owns up to her mistakes. Domino is good at heart as she does not like to see people suffer. She also feels guilty letting her father down by  participating in illegal practices, but it seems that she has a bigger purpose, which is yet to be revealed.

The rest of the characters from the street race are just as enthralling. Each of them belong to different gangs with unique specialties, and have the potential to have a series of their own. One character I find particularly interesting is Hannibal Holocaust, who looks like a Sesame Street character. While the rest of the characters are visibly fierce, Hannibal looks like he doesn’t want to be taken seriously. However, don’t let his goofy looks fool you; he is actually a crazy guy with a dangerous hammer who has won two races in the past.

Tarr and Stewart do a splendid job in making MOTOR CRUSH #1 come to life with their stellar artwork. Some of the panels seem like looking at an app screen as readers are bombarded with “TOUCH HERE to get updates” boxes. The shades of pink look digital and futuristic, which give a neon feel to the whole comic. A Steven Universe influence is also visible with the pink hues and the beach setting. 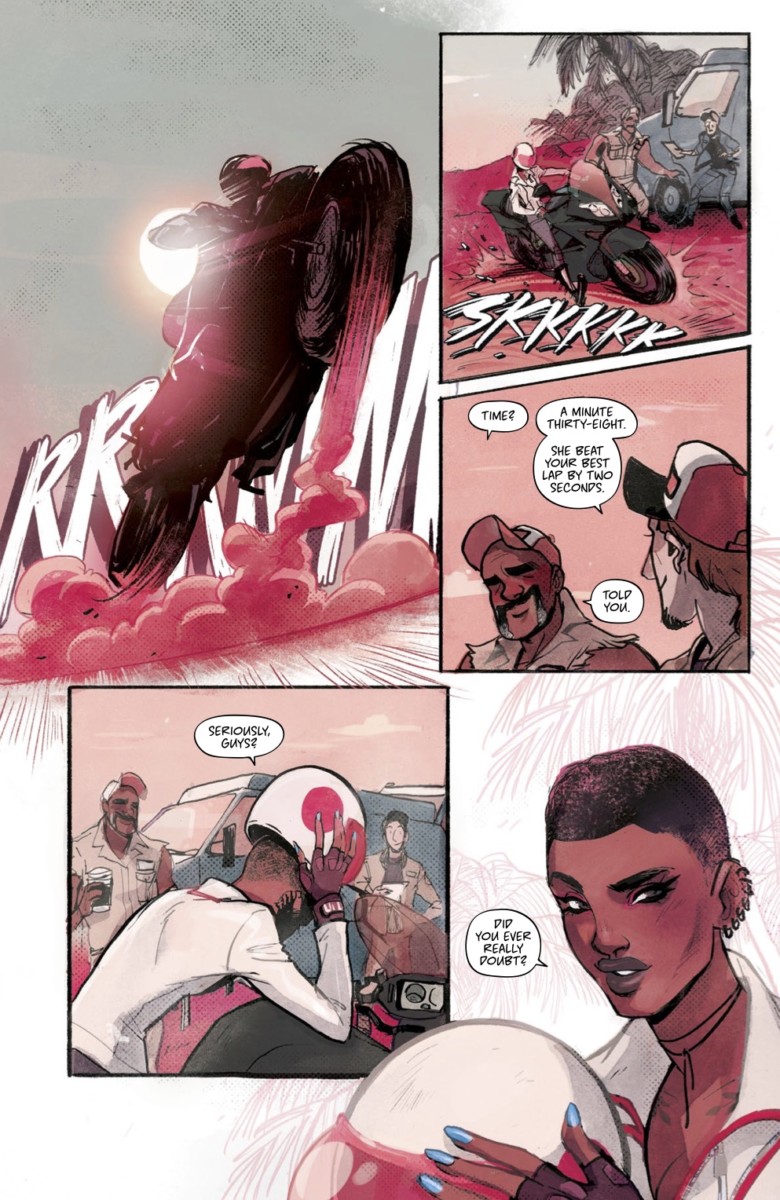 MOTOR CRUSH #1 is action-packed, vibrant and breathtakingly beautiful. The experience of reading it is thrilling, and the artwork makes it even more surreal. Thus, MOTOR CRUSH #1 has the potential to be an adrenaline junkie’s new adventure rush, and I am absolutely psyched for the next installment!