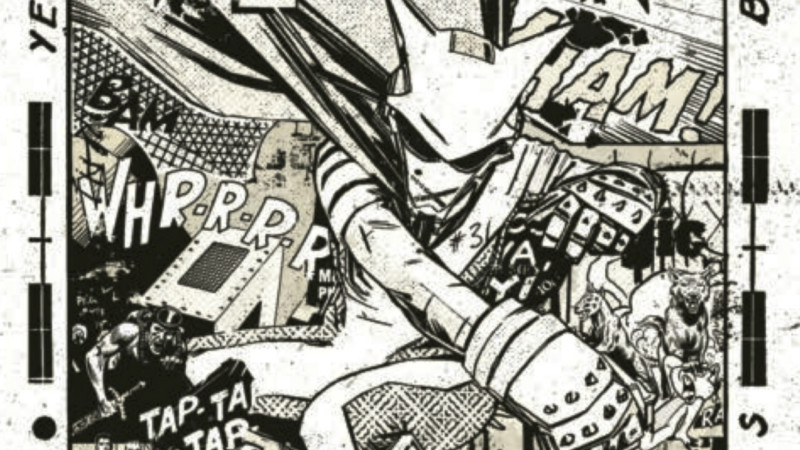 Who is Mother Panic?

DC’s Young Animal imprint unleashed a whole series of characters and names that have been revamped, dragged out of the attic, or just brand new to the DCU. Mother Panic is Gerard Way’s newest addition to Gotham City’s collection of costumed crime fighters. Writer Jody Houser and artist Tommy Lee Edwards are the creators of this series. A fantastic team to introduce this bright white costumed character to the dark streets. So, who is Mother Panic? What makes her so special to bring her into the fans’ beloved city of Gotham?

Gotham City in MOTHER PANIC isn’t one that we’re familiar with. In fact, it’s nothing like the Gotham we know except for the psychos, rich people, and constant murder. It has no hints of killer clowns, mob boss birds, or two-faced maniacs. There are subtle hints and a small cameo of our Dark Knight, but only Batwoman makes a strong, yet brief, appearance. This Gotham isn’t built around muggers or villains with outrageous costumes. The villains are someone you’d walk by on the street, or see working in the office. Their villainy is anything but simple, however.

Before we tackle this new gallery of rogues, let’s talk about Violet Page, the protagonist of MOTHER PANIC. To start, it’s hard to call Violet a hero; she falls more into the antihero category. She’s not the most likable character in the DCU. Young Animal labeled MOTHER PANIC for mature audiences, mainly because of Violet. With her fierce attitude, vulgar language, and complete focus on revenge, it’s hard to see her kind-hearted side. DC is going into some new territory with making her very openly bisexual. There’s some admiration to be had for mixing this in with the Young Animal recipe that’s being cooked up. It just fits so well in what’s going on within the book and makes her an even more interesting character.

Violet Page does have a reason for all this anger and her destructive ways. When she was only eight years old and taking a trip with her father, she overheard him practically giving her away to another man. He stumbled over his words before Violet shot and killed him. The next few years of her life consisted of living at the Gather House boarding school after the incident. Coming from a rich family it was no problem to send Violet away, and no problem for her when she returned to Gotham. On top of a dead father, Violet’s mother is mentally ill with early Alzheimer’s Disease.

Violet reappears in the Gotham spotlight years later with rumors going around about rehab and apparently recovering from some sort of major surgery. The story so far hasn’t revealed where her suit and trinkets come from, but her fighting abilities hint at her time in Gather House. She has a kick-ass flying motorcycle, and an all-white suit with Hellboy-esque hands to beat down her opponents. Definitely not the norm for Gotham City to have a white-colored costumed vigilante running around. Gotham’s streets are more accustomed to black capes and heroes in the shadows in Gotham’s alleys. She carries a punk rock feel to her that just adds flavor to the entire book. Her villains might be missing the obscene costumes, but crazy is still a Gotham standard.

READ: Rather have psychedelics instead of darkness? Be sure to look at our review of BUG! THE ADVENTURES OF FORAGER!

In this volume, we encounter a whole new group of villains with interesting and revealing names like Gala and Pretty. They may seem basic, but their actions are anything but. Gala slices and dices up her victims to create works of art. Using blood as her paint, and other grotesque supplies for her creations.

Pretty is a man who’s so good-looking, it’s creepy. While he does have intentions to be a villain, there’s still some hope he might be one of the good guys. So far, Pretty has been blowing things up and seeking out his own form of revenge against the people involved with the Gather House. Of course, there can’t be a Bat-book out without some sort of mention of a Bat-villain. The C-list Ratcatcher makes an appearance and even saves the day. What his role will be in future issues is unclear, but he’s definitely an interesting choice to toss into the mix.

Gerard Way brought on Jody Houser to be the writer behind the wheel of MOTHER PANIC. There’s also a subplot at the end of each issue written by legend Jim Kruger (JUSTICE). Overall, between the two stories and writers, there’s a lot of potential for the future of the book. Mother Panic is a complex enough character to continually build upon. Throughout the book, the talented Shawn Crystal, Tommy Lee Edwards, and Phil Hester all take over art duties which add a great dynamic to the dark punk feel of the book.

In conclusion, this imprint of Young Animal gives readers a darker and grittier feel than any of the other DC titles out right now. It reminds me more of the early Vertigo days with SHADE THE CHANGING MAN. There’s so much to Violet Page as a character already that there are a ton of storylines you can create with her. Side characters and all, it’s a perfect book for more mature audiences. Combining her with the current Bat-mythos will be an interesting element in future arcs.

MOTHER PANIC vol. 1 will be released July 26th in stores everywhere. The second story arc begins with issue #7 being released on May 24th.