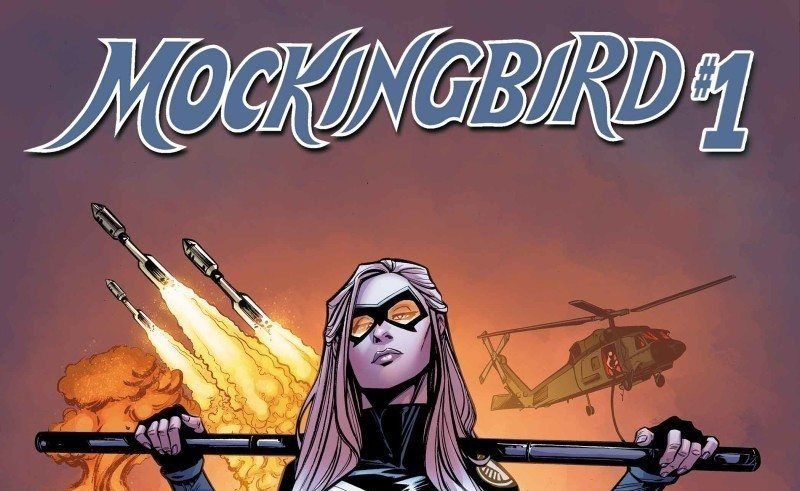 Bobbi Morse, the heroine Mockingbird, has seen a huge surge in popularity over the past. This is in no small part due to Adrianne Palicki’s stellar performance in the TV show AGENTS OF S.H.I.E.L.D, so this seems like the perfect time for Marvel to announce a new on-going series featuring this kickass heroine with their MOCKINGBIRD #1 preview!

This is what Marvel had to say:

Bobbi Morse. Codename: Mockingbird. Former Avenger and S.H.I.E.L.D.’s most versatile, deadly, and in-demand agent. But a string of missions gone wrong point to something strange going on inside S.H.I.E.L.D.’s own medical and recovery network. The more she digs, the more widespread the conspiracy becomes. Who’s behind it, and how deep does it go? More importantly – how far will Bobbi have to go in order to uncover the truth?

“Truly, the plot of the first five issues is rooted very much in Bobbi’s medical history,” says Cain, in an interview with Marvel.com. “[Nick] Fury saved her life with a dose of Super Soldier Serum and Infinity Formula and I wanted to explore the fallout from that.”

Action, espionage, twists and turns await, True Believer. Be there as Bobbi Morse brings the truth to light this March in the explosive debut of MOCKINGBIRD #1!

Judging from the cover art, this series is set to be explosive with a strong female character at it’s center. Bobbi has long been a staple of the Marvel Universe, and it’s great to see her get a series that will primarily focus on her. She’s had some great character moments in the past, and if she was able to sustain a marriage with Clint Barton, then she sure has the chops to carry her own series. Marvel is really starting to stand behind their female heroes and give them comics to shine in. Here’s hoping this will be another stellar series in the vain of SPIDER-GWEN, SILK, BLACK WIDOW and every other great superhero!

READ: SPIDER-WOMAN gets a brand new relaunch and a baby! Find out if that works in our review of the first issue!