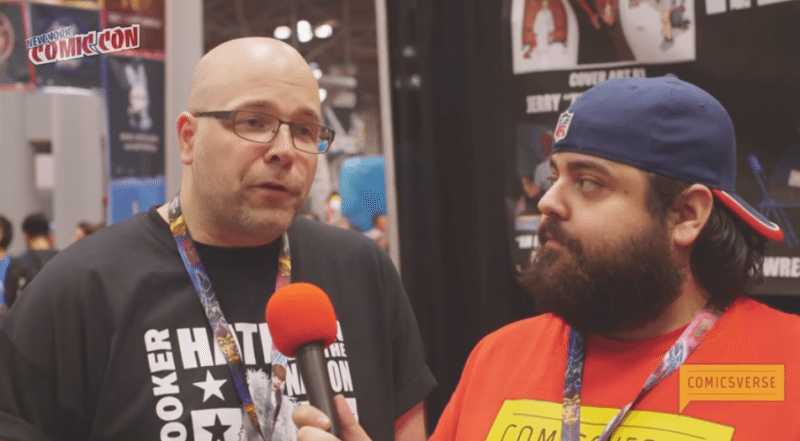 At New York Comic Con 2016, ComicsVerse got the wonderful opportunity to interview Mike Kingston, the writer/creator of HEADLOCKED and a longtime friend of ComicsVerse. We have interviewed him a few times before, and it’s always absolutely delightful.

READ: Need more info about the backstory of HEADLOCKED? See our previous interview with Mike Kingston!

In this interview, Mike Kingston discusses what’s new with HEADLOCKED, including the new cover, extra content, affiliation with Jill Thompson and collaboration with the acclaimed professional wrestler Ric Flair. It’s quite surreal for Mike Kingston to be working with the people he looked up to as a child, and it is certainly inspiring to see him live his dream.

READ: Loving our NYCC 2016 interviews? Take a look at our interview with Jamal Igle!