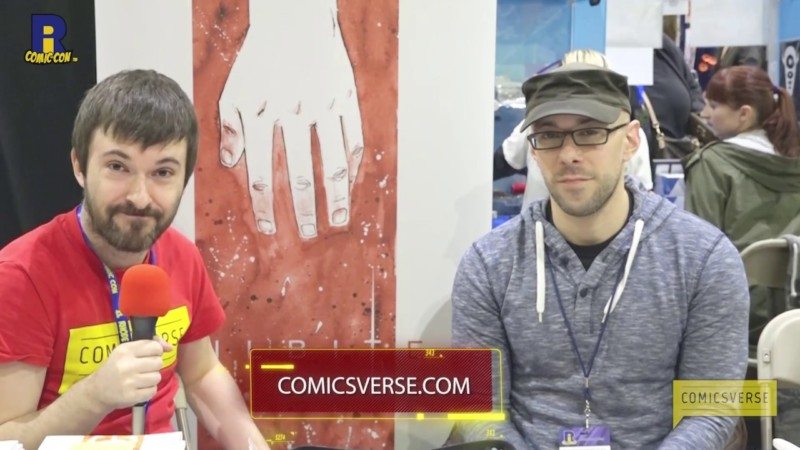 Happy accidents happen all the time, such as bumping into Mike Henderson, co-creator and artist of NAILBITER, at Rhode Island Comic Con. He hadn’t been announced on their website but he was able to make it at the last minute. As a huge fan of the series, I was thrilled to see his booth in the RICC Artist’s Alley. After looking through some of his sketch cards (and picking up a sweet Loki drawing), I asked Mike if he would like to talk to ComicsVerse about his work. Fortunately for us, he said yes.

WATCH: Check out our interview with Joshua Williamson at NYCC 2015!

For those of you who don’t know (shame! shame!), NAILBITER is an Image comic co-created by writer Joshua Williamson and artist Mike Henderson. Its story focuses on the little American town of Buckaroo and its dark secret. It has been home to the world’s most notorious serial killers. It’s a horror mystery series, with the notorious serial killer, Edward Charles Warren, as its anti-hero, in a world where anyone can rack up a body count. It’s gruesome, gory, bloody, scary, and a whole lot of fun. This is in part down to Mike’s outstanding artwork on the series as he hacks and slashes his way through Buckaroo’s populace.

I sat down with Mike, and we talked about NAILBITER’s origins, his process, and where the series is heading. Mike answered with honesty and good humor, and revealed which comics character he’d love to draw a series for. If you like his art for NAILBITER, check out his work on MASKS AND MOBSTERS, as well as TEENAGE MUTANT NINJA TURTLES MICRO SERIES: KRANG, both also in collaboration with Joshua Williamson.

READ: We review the latest arc of NAILBITER!

If you want to keep up to date with Mike’s work, you can follow him on twitter @MikeSHenderson