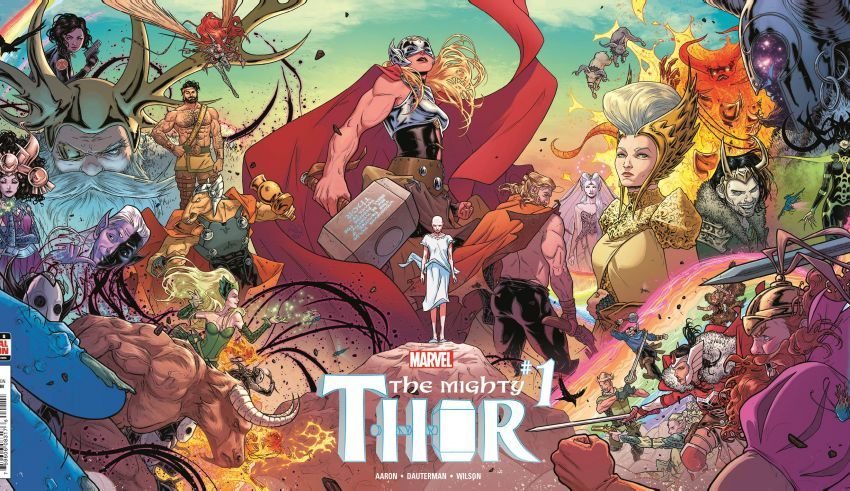 With a clap of thunder, and a crackling of lightning, THE MIGHTY THOR stands firm against all manner of evil in her relaunched issue #1.

THE MIGHTY THOR #1 by Jason Aaron and Russell Dauterman

The last volume ended on the revelation that Jane Foster has taken up the Thunder God’s mantle. It’s a mantle that suits her well.

READ: Need more Thor in your life? Check out our review of THORS #4!

It has been months since anyone has seen Odin. He resides in his tower in Asgard, guarded by the Destroyer. Thor Odinson has dissappeared. No one can find him. The All Mother sits in prison, jailed by her husband for treason. Meanwhile the new Thor is wanted for ‘thievery’, her face on wanted posters scattered across the realm, and the dark elves are at war with the light elves and no one cares.

All the while Jane Foster is slowly dying… 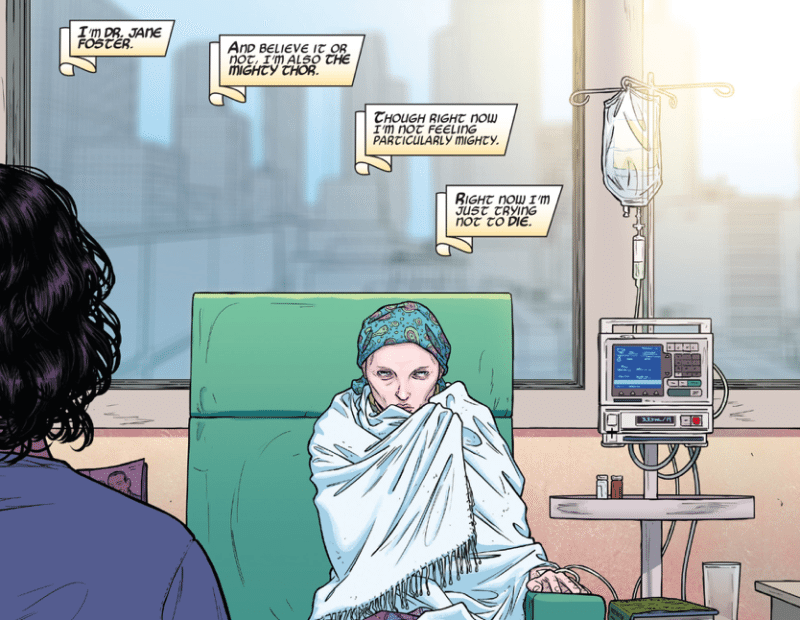 Jason Aaron’s THOR, THORS, and now THE MIGHT THOR run has been one of the most consistent, enjoyable and intriguing takes on the God of Thunder’s world. Here he begins softly, introducing Jane’s life as it is. She is going through days and days of chemo to halt the spread of a cancer that may or may not kill her. Aaron uses words carefully. Choosing what will make the most impact. In a mere two pages he has grabbed us and told us in saddening detail all we need to know about Jane’s life. Sadly, the chemo isn’t working. Jane knows this. The moment she whispers the word ‘Mjolnir’, she casts aside that creeping death to embrace the thunder. As she says herself “Who knew dying could be this much fun?”Once she becomes Thor the action gets into high gear, as she races to save the crew of a crashing satellite. But even as she wields her mighty hammer, you can see her concern as a doctor shine through. “Thy clavicle is fractured” is probably the least Thor sounding sentence ever.

READ: Need more Jason Aaron? Check out our review of his other comic DOCTOR STRANGE #2!

As Aaron’s words conjure a world both frighteningly real and at the same time magical, Russell Dauterman’s art sells it on every page. His Thor is a joy to behold, but the real work can be seen in the steely determination of Jane’s eyes. It speaks volumes for her. And he shows this is as much Jane’s adventure as Thor’s. Dauterman demands attention in every panel, and adds detail that gives the story a lot of power. In one panel we see a single hand floating through space before he reveals the gruesome sight of a dead elf floating in the cosmos. My favorite panel is near the end. As villains conspire by the fire, you can notice in its dim light the outline of a giant foot. It’s the stuff of legend. Matthew Wilson’s colors give Dauterman’s style a colorful energetic vibe. Asgard sparkles and villains lurk within Wilson’s murky shadows. 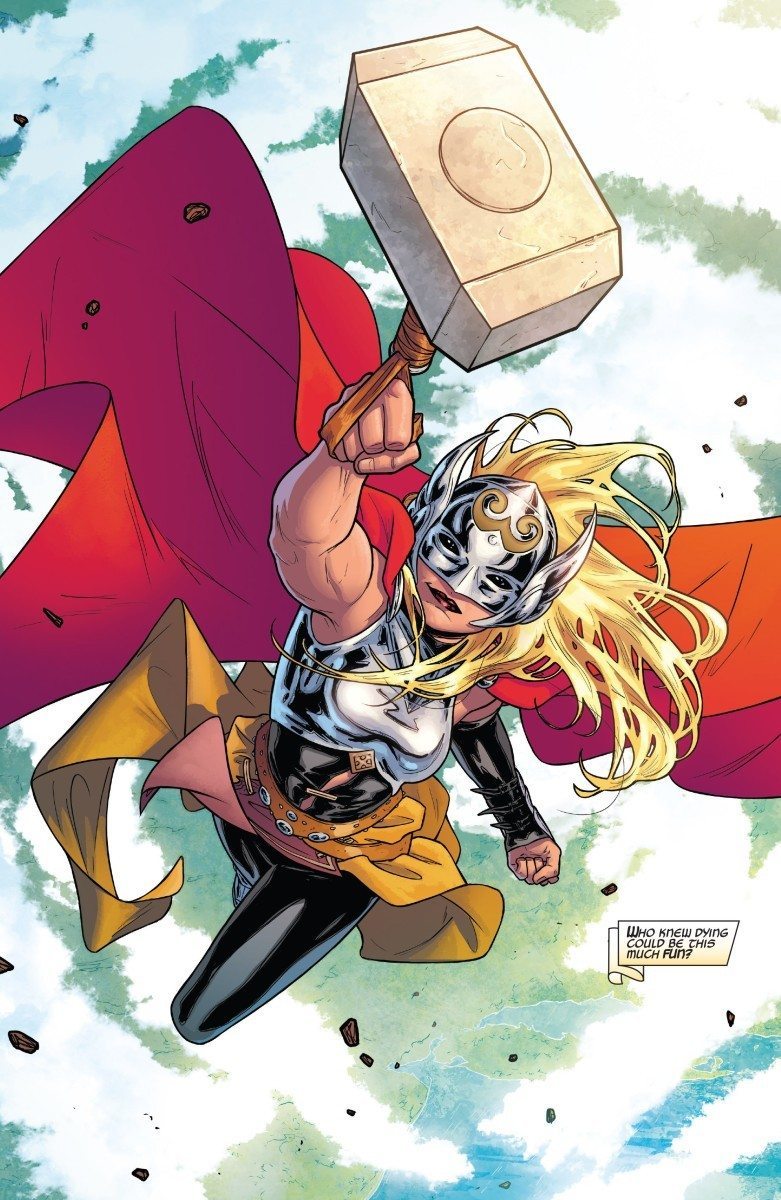 The issue switches between giving time to Jane and Thor. Both have important roles to fill in Asgard, and it’s great to see Jane have moments of her own. She is already a strong woman; Thor is only another personification of that. With an Asgard in political upheaval, and villains collaborating to murder Thor, she’ll need both sides of her personality to get her through.

As first issues go, it’s a belter. Full of what makes Thor great, while setting up future story arcs that are bound to be epic. Get thee to a comic shop and procure a copy now!

READ: Thor and Captain America kiss? Check out our preview of ALL NEW ALL DIFFERENT AVENGERS #4 here!