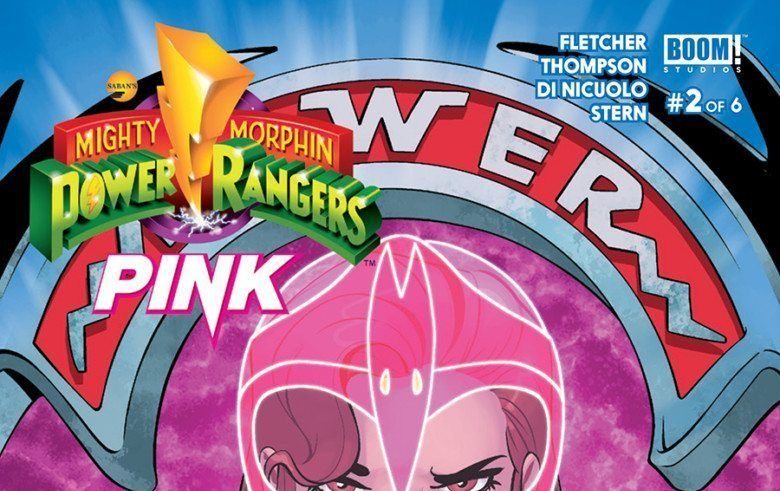 Last month, Boom Studios launched MIGHTY MORPHIN POWER RANGERS: PINK, the first spin-off from the publisher’s successful POWER RANGERS line. As the name suggests, the mini-series focuses on the original Pink Ranger Kimberly Hart’s adventures in France after the character had left the television series. The first issue from writers Brenden Fletcher and Kelly Thompson and artist Daniele Di Nicuolo was a creative success, blending fan-service and continuity nods with a fresh take on the mythology.

READ: Check out our review of the first issue of MMPR: PINK

The second issue begins where the first left off, with Kimberly in her new, temporarily morphed form confronted by Goldar and his army of mutated humans, which includes her parents. Realizing she can’t defeat the villain alone, Kim retreats and calls Zordon for help. Together, the two decide to call in Zack Taylor and Trini Kwan, the original Black and Yellow Power Rangers. Zordon teleports Kimberly to South America where the two are working with children on environmental projects. 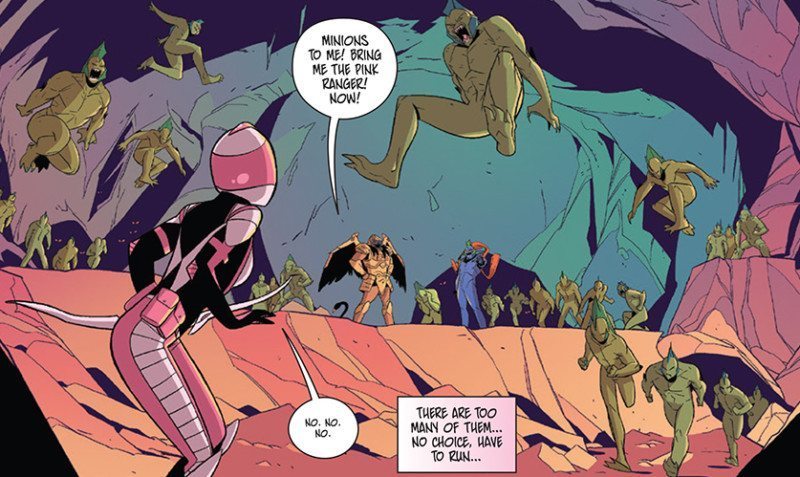 Zordon teleports the three back to France and uses the Sword of Light to grant Zack and Trini limited access to their old powers. However, they’re ambushed and captured by Goldar and his forces. The issue ends with Goldar revealing his secret weapon—and the betrayal that led to the trio’s capture.

MIGHTY MORPHIN POWER RANGERS: PINK #2 takes everything that was great about the first issue and amps it up to eleven. The most interesting development for longtime fans like myself is the appearance of Zack and Trini. Since the post-show lives of those characters had never been canonically explored, Fletcher and Thompson were given free reign to figure out where Zack and Trini ended up in life, and their choice is exquisite. The two working with children and trying to help the environment is not only in-line with how their characters were written off the television show (sent to an International Peace Conference) but also with their long-established characterizations.

READ: Want to read more MMPR? Check out our review of the latest issue of the main series.

Along the same lines, the reunion scenes between the duo and Kimberly are the individual highlight of the issue. The friendship between Trini and Kimberly was immediately palpable from the first panel they share. They left me hungry for a possible future “Pink and Yellow” mini-series starring the duo. I also greatly enjoyed the small touches in Zack and Trini’s tent, like the Ernie’s Juice Bar sign and Rangers group photo on the wall. They really add a sense of history to the relationships between the three without overburdening things with continuity. 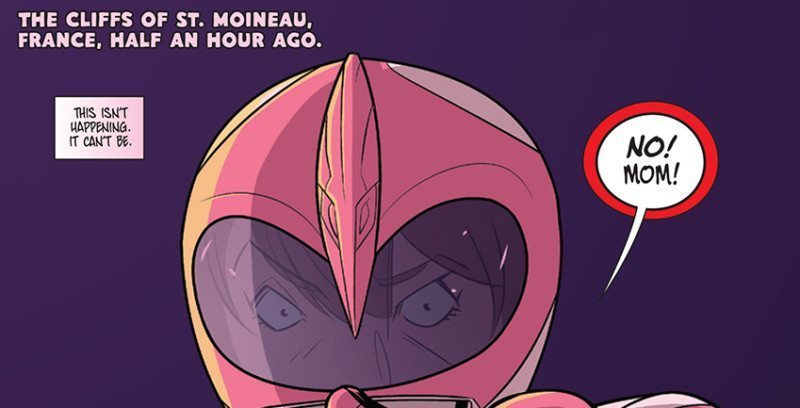 Daniel Di Nicuolo, along with colorist Sarah Stern, delivered another gorgeous issue. I prefer their somewhat cartoonish approach to the material to the more “realistic” look of the main book. I particularly enjoyed the way they made the visors on the Ranger suits translucent. While it may seem like a minor detail, being able to see the characters’ facial expressions during morphed scenes really adds to the reading experience.

Boom’s POWER RANGERS franchise has been one of the best mainstream comic lines of 2016 so far, and the second issue of MIGHTY MORPHIN POWER RANGERS: PINK continues the streak. The strong, character-driven plot and beautiful art make it another home run from Fletcher, Thompson, Di Nicuolo and co.