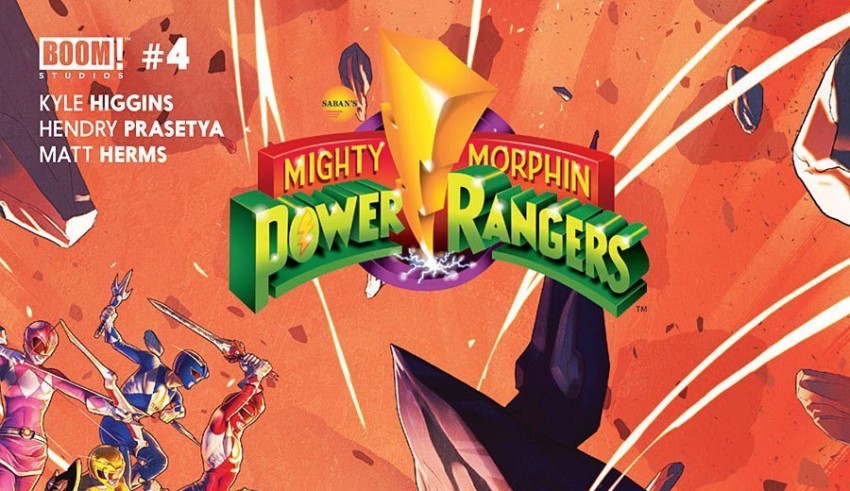 Over the course of its first four issues (#0–3),  Boom Studios’ MIGHTY MORPHIN POWER RANGERS series took a different approach than many were expecting. Instead of gigantic monster battle action sequences, writer Kyle Higgins slowly built up the titular characters’ relationships. He also time-stamped the book to a very specific period in Rangers history that hardcore fans appreciate. I personally loved the approach, but POWER RANGERS by its very nature eventually has to lead to a big fight, and this series is no different. After that protracted setup, Higgins and artist Hendrys Prasetya put the wheels of battle in motion and deliver with MIGHTY MORPHIN POWER RANGERS #4.

READ: Catch up on the last issue of MIGHTY MORPHIN POWER RANGERS here.

The issue begins where last month left off, with Rita Repulsa’s evil lieutenant Scorpina taking control of the Dragonzord and heading towards Angel Grove. Watching from the Command Center, five of the six Rangers morph and summon their Zords to stop her before she destroys the city. The only team member left behind is the Green Ranger, Tommy, who’s directly ordered by Jason to stay behind due to his recent hallucinations and power fluctuations. The Rangers arrive on the scene in their Dinozords and are initially successful in holding back the Dragonzord.

As the situation turns more desperate, though, Tommy decides to defy Jason’s direct orders and head into action to help, much to Zordon’s chagrin. He arrives and uses the Dragon Dagger to retake the Zord and capture Scorpinia, allowing the other Rangers time to form the Megazord and defeat Rita’s shark-monsters. The victory is short-lived, however, as Jason and Tommy argue at the command center about the latter’s insubordination. Before they can settle anything, the villain escapes and sets up a cliffhanger that could change the team’s status quo forever.

READ: Want to read about more properties adapted for comics? Check out our review of MICKEY MOUSE #1.

I’ve made it no secret over the last few months how much I’ve enjoyed Higgins’ character-first approach to this series. It was obvious that a big-fight issue would come at some point during this first arc and MIGHTY MORPHIN POWER RANGERS #4 is that issue. Almost the entirety of the book is dedicated to the prolonged Zord battle, and because of the all the character work and world building that went into the earlier issues, it works beautifully. 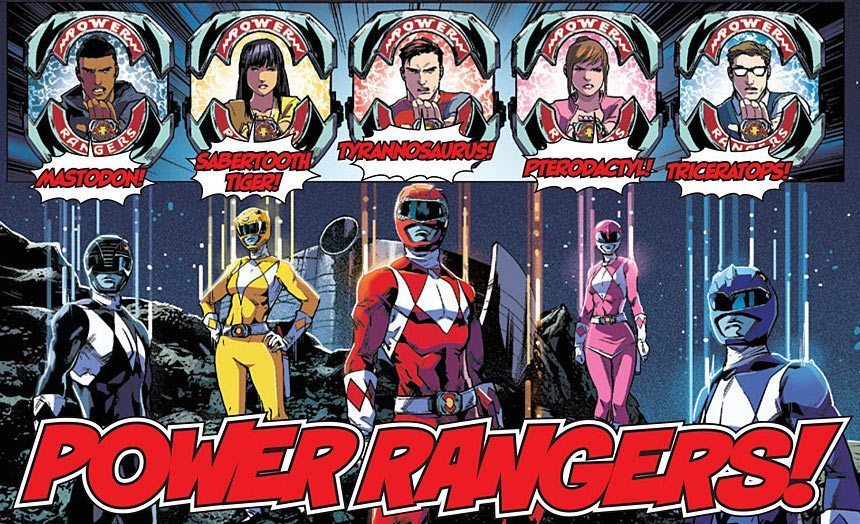 A particular highlight for me is the way he has the Rangers use their Zords. Instead of immediately forming the Megazord, the team uses their individual Zords in ways that wouldn’t have been possible on the TV series due to limited budget and models. It’s a testament to how perfect the comic book medium is for telling POWER RANGERS stories. That said, Higgins does find time for some great character stuff within the carnage. In fact, the confrontation between Jason, Tommy, and Zack towards the end of the issue might be my favorite moment in the series so far.

I’ve had some issues with Prasetya’s work on the series thus far, mainly due to the fact that he hasn’t nailed the characters in their unmorphed forms on any but a few occasions. However, his work on this issue, which is almost entirely morphed Rangers and Zord fights, is fantastic. The Zords have a fantastic sense of movement to them. They’re robotic yet animalistic at the same time, which fits their design. 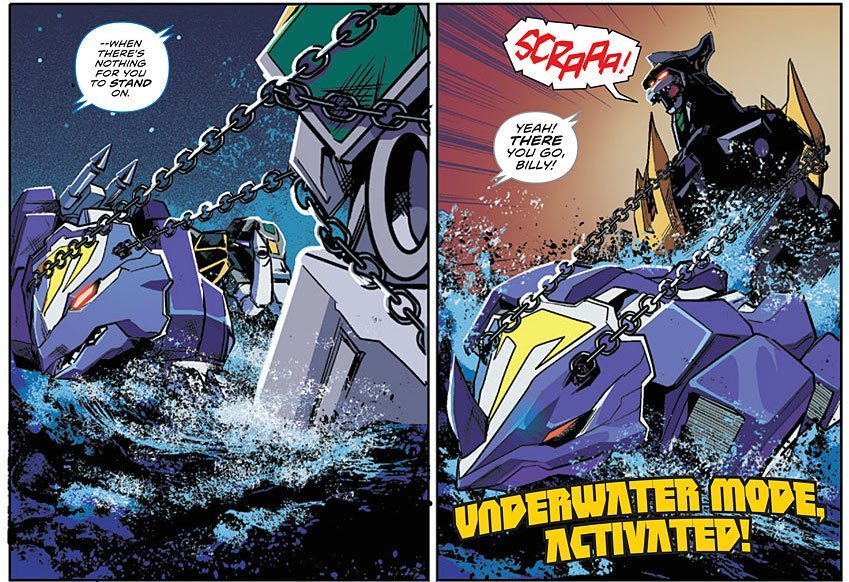 MIGHTY MORPHIN POWER RANGERS #4 is mainly a big Zord battle, but it feels earned due to the character-based storytelling that’s defined the series up to this point. The series once again gets a high recommendation from me, as it continues to be one of the best books on the stands.