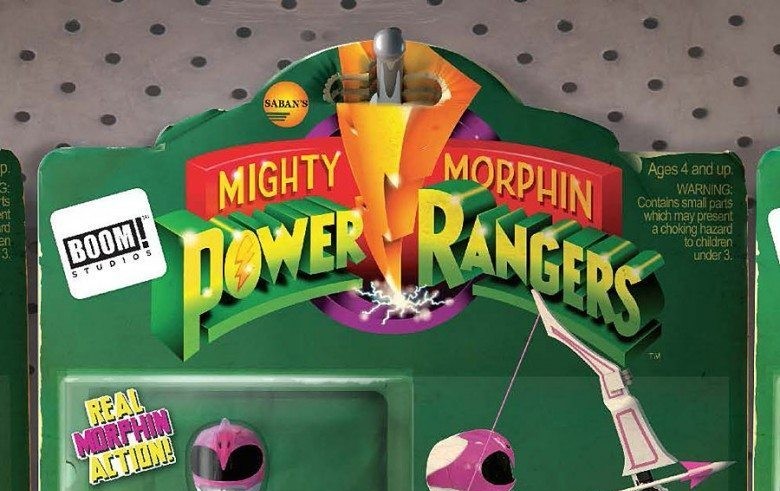 2016 has been a banner year for the POWER RANGERS franchise in comics so far. Boom Studios has seen tremendous sales for the first two issues of their on-going series, and the building anticipation for Lionsgate Studios’ 2017 reboot indicates that things may keep getting better for the brand. The series has also garnered critical and fan approval for the way it honors the source material while telling a more mature and layered story tuned into the property’s longtime adult fan base.

MIGHTY MORPHIN POWER RANGERS #3 begins with a quick scene of Goldar, seen here for the first time in the series. He’s meditating about his failure to keep the Green Ranger under Rita’s control during the television show’s “Green With Evil” saga that occurs in continuity just before the comic series. The story then jumps to Tommy, seemingly recuperating at home after he fainted at the end of the previous issue. The scene is revealed to be a hallucination as his mother reveals herself to actually be Rita and Tommy is jolted awake to find himself still in the Command Center. Zordon and the other Rangers are understandably concerned for him, and Trini agrees to run a “power-scan” on Tommy.

Meanwhile Rita has her chief monster maker Finster make a replica of the Tommy’s Dragon Dagger from the disembodied remains of a putty Tommy destroyed and instructs Scorpina to use it to take control of the Dragonzord. Back at the command center, Tommy and Trini bond while she administers the MRI-like scan. However in the midst of the test Tommy slips into another hallucination of the Dragonzord attacking the Command Center and killing he, Trini, and Alpha. Trini calls the rest of the team, who’d been debating Tommy’s condition on their own, back to the base. She informs them that the scan revealed his power levels were abnormally high and Tommy finally confesses that Rita has been in his head and sending him hallucinations. At the same time, Scorpina has successfully taken control of the Dragonzord and the issue ends with it ominously approaching Angel Grove.

LISTEN: Check out our podcast episode dedicated to AGE OF APOCALYPSE

I’ve been a big fan of writer Kyle Higgins approach to this series since the 0 issue came out earlier this year, and this issue was his best work yet in my opinion. For starters, the overall storyline is very well-crafted. Higgins has found a way to take the beloved by fans “Green With Evil” saga and organically flesh it out into a further sequel that doesn’t seem forced and fits into MMPR’s established continuity. 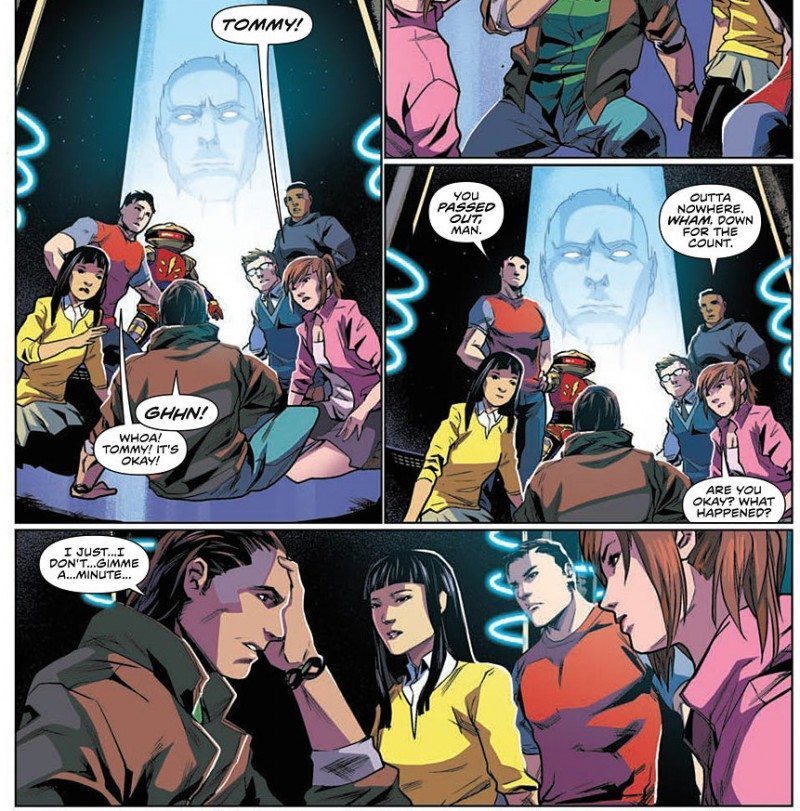 On a smaller scale, he once again does a fantastic job with the characters. I enjoyed how the diner conversation between Billy, Zack, Jason, and Kimberly explores the different ways each felt about Tommy joining the team. Each of their viewpoints fit with their established characterization, while at the same time being a nuanced opinion. That said, my favorite part of the issue was the “power-scan” scene with Tommy and Trini. Higgins takes two characters who were never shown to have a deep relationship and in a few short pages established a bond between them. I particularly liked Trini expressing her desire to get out of Angel Grove and leave  her Ranger duties behind to become a doctor and honor her father, who himself had gone into medicine to make up for his actions during wartime. Character moments like that or Tommy’s revelation that he lived in London as a child were few and far between on the original series for understandable reasons as it was produced on the cheap children’s programming, but are welcome here. Speaking of the “power-scan” scene, I love that the series is allowing us to see various areas of the Command Center that the show’s TV budget would have never allowed.

Artist Hendry Prasetya’s work has continuously improved since the series began. The un-morphed character scenes which were initially his biggest weakness have turned into one the best aspects of the book, with the aforementioned Trini/Tommy scene being a highlight. There were no actual fight scenes in the book, however the Dragonzord attack hallucination was beautifully illustrated.

MIGHTY MORPHIN POWER RANGERS #3 is another strong entry in a series that just keeps getting better. Kyle Higgins has rooted the story in franchise lore, while at the same time making the material more adult to appeal to non-fans.