Since the first issue, MIGHTY MORPHIN POWER RANGERS has continued to excite with intense storylines and action. Kyle Higgins’ MIGHTY MORPHIN POWER RANGERS #11 picks up right after the green ranger, Tommy Oliver, and the blue ranger, Billy Cranston, disappear from their world. After attempting to shut down the Black Dragon, they are trapped and teleported to a confusing place.

After the Black Dragon failed, the evil empress, Rita Repulsa, gave Goldar a second chance to redeem himself. What Rita didn’t know is that Goldar and Billy actually planned for the Black Dragon’s failure. As a result, Goldar can now try to honor his empress, and Billy can escape and help the rangers defeat the beast. 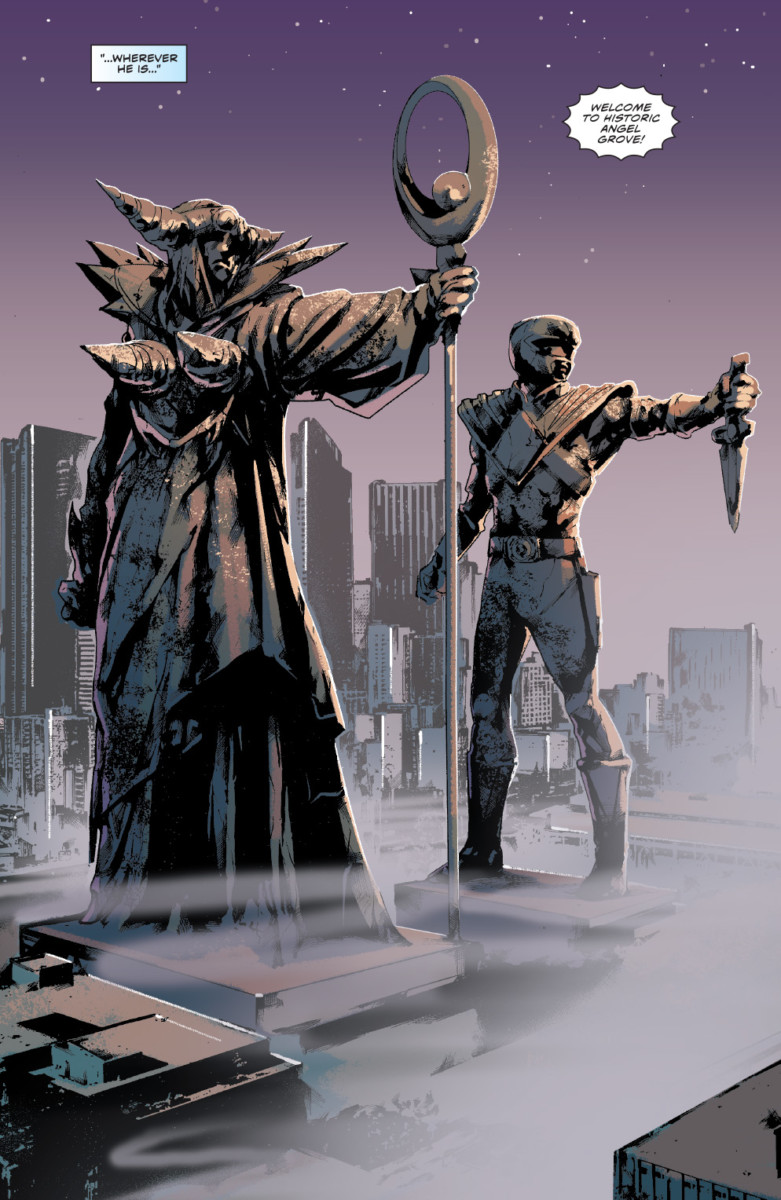 The plan turned out well for Goldar, but it remained bittersweet for Billy. While he did defeat the dragon with Tommy’s help, he and Tommy now find themselves in deeper trouble. This new world they’re in looks a lot like Angel Grove (their hometown), leading Billy to believe that it is Angel Grove in a different time.

Billy and Tommy are the best rangers to be stuck in this situation. They get along well despite their differences. Tommy doesn’t hesitate to explore. He will enter a dark hole just to find out what is in there. Billy isn’t as courageous, but he supports them with his brains. Not being able to fully figure out Tommy is a plus for readers and storyline purposes. For readers, it’s refreshing to have a character that keeps you on your toes. Will he snap at one of the rangers? Also, you never know what he’s going to do, or if Rita will ever somehow re-attach herself to him.

READ: Want to catch up on MIGHTY MORPHIN POWER RANGERS? We’ve got an article to help!

MIGHTY MORPHIN POWER RANGERS #11 digs deeper into a mystery. We know that the blue and green rangers are stranded in a different world but we have no idea how they’re going to get out of this. We’re used to a couple rangers in trouble and the rest of the team coming to their defense. However, this situation appears more complicated. The rest of the team has no way of contacting them; Billy and Tommy are completely alone.

Meanwhile, the rest of the team is working together to try to figure out where Billy and Tommy disappeared to. It will be interesting to see how the team goes on without them. They all work together in their own ways, and if Rita decides to strike them while they’re missing two rangers, the fight could get ugly. Hopefully they can return safely before more trouble occurs. 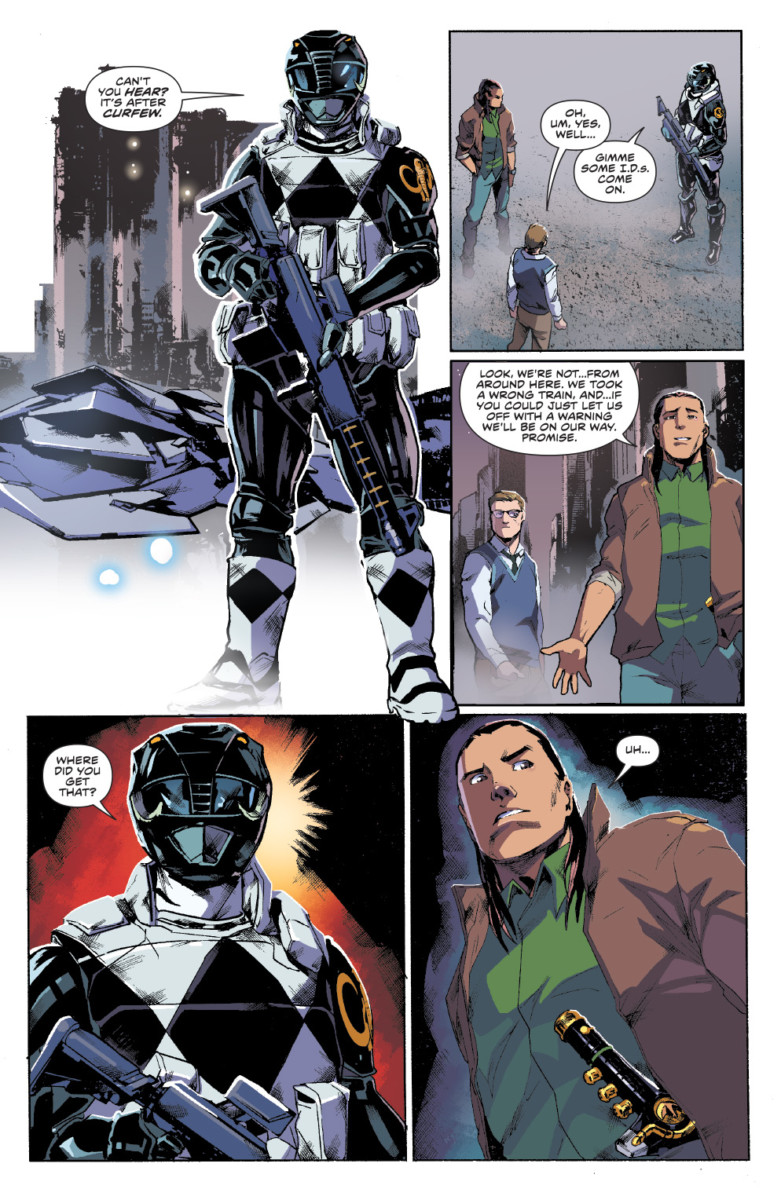 The only thing MIGHTY MORPHIN POWER RANGERS #11 lacks is action. We get a crazy amount of fighting in just about every issue, so it was odd to see barely any in this one. The most conflict in this issue is the attempted arrest scene. A soldier, or guard, spots Billy and Tommy out on the streets after curfew, and confronts them about it. The rangers run, and they jump into water to get away. That’s about all of the fighting. I would have liked to have seen the rangers put up more resistance or maybe see Tommy lose his cool at the end when he meets this world’s leader.

In addition to the exciting storyline, the art is consistent and clean. The color choices are always on point, and the detail never gets sloppy. Prasetya and Herms really focus on detailing scenes. For example, something as simple as the rocks are drawn well with texture-like detail. Aside from the detail on the rocks, the color in the scene where Lord Drakkon introduces himself is great. The art represents a reveal well with the white light aura around the Lord when he first appears to talk to Billy and Tommy. The objects are done well and so are the characters, but the skies are gorgeous. During the night scenes, the sky is a nice purple color instead of generic black. It makes the stars pop a little more and makes the scene a little more strange, which works because it takes place in a different world.

READ: Couldn’t get enough of the Rangers when you were a kid? You’ll dig this article about Power Rangers nostalgia.

MIGHTY MORPHIN POWER RANGERS #11 grabbed my attention from the beginning and held it until the end. I couldn’t wait to find out where Billy and Tommy ended up. The situation that these rangers are in is more complicated than any they have dealt with before. How they get out of this mess is going to be fun to find out. The MIGHTY MORPHIN POWER RANGERS comics do a good job with setting the mystery and creating piles of questions in our minds. Go, go POWER RANGERS!