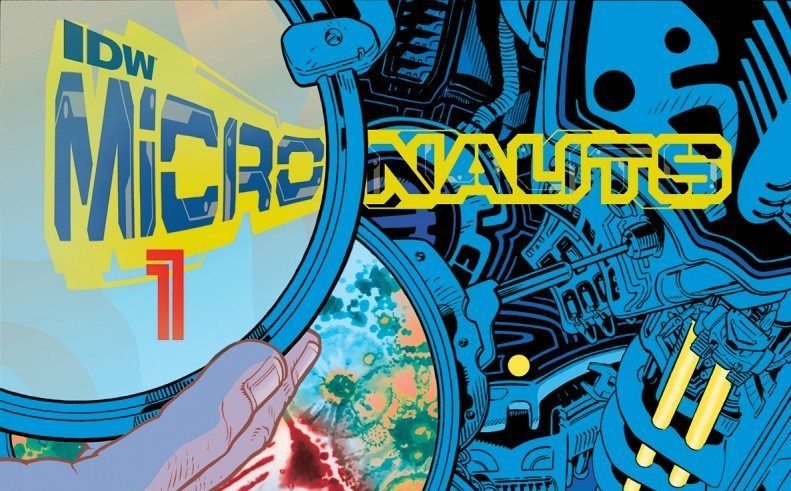 IDW has launched its first issue of MICRONAUTS with writer Cullen Bunn at the helm. The story itself seems to play it safe by giving audiences nothing different or challenging, instead providing more of the same material that fans have responded well to.

Bunn does an exceptional job at setting up the world and the main characters, but the comic falls short when it comes to delivering unique and interesting characters. As for the designs of the landscapes and characters, the artistic team of David Baldeon, Fico Ossio, Max Dunbar, and Jack Lawrence does a great job of making everything seem very animated and fun. 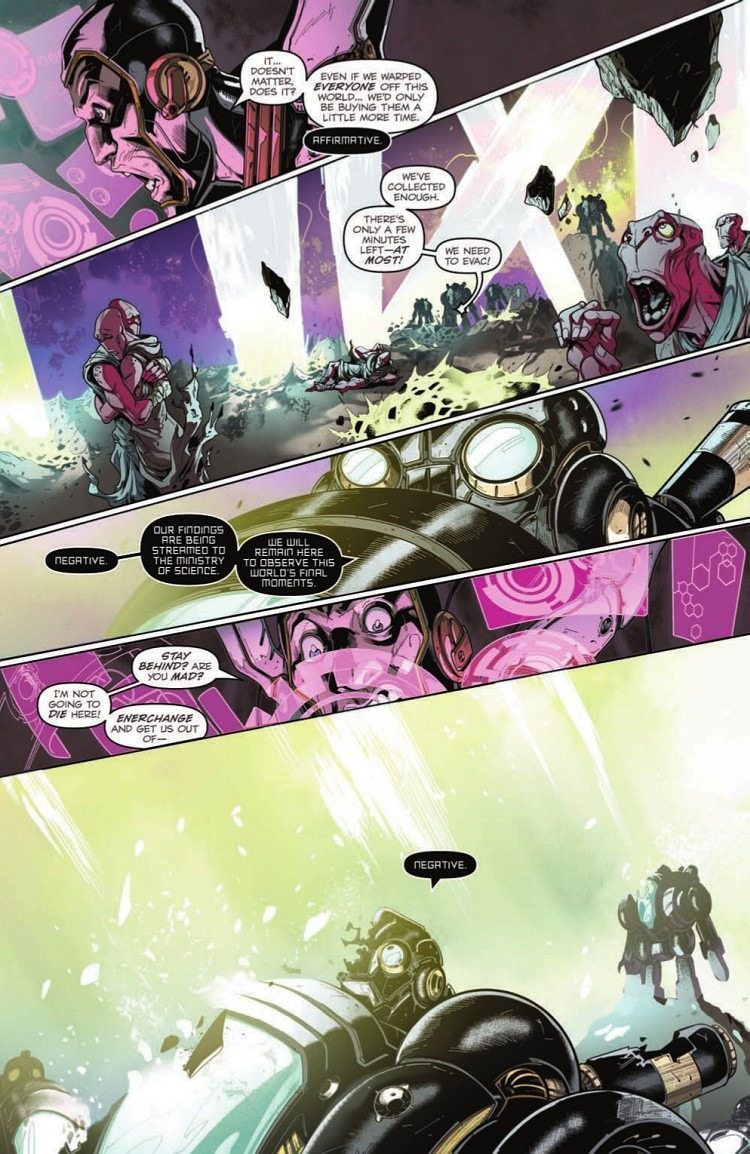 The story starts off strong with the destruction of a planet and the deaths of all the innocent lives along with it. There is a giant entropy cloud consuming planets, and the inhabitants of other worlds are counting the days before their own planets are destroyed, as well. Despite this strong opening, the comic begins to drag as it goes through the stereotypical introductions of its main characters. Our protagonist is a rouge delivery man by the name of Oz who has a heart of gold and can’t sit idly by as innocent lives are lost. After Oz gets into an argument with a customer over their disrespectful attitude toward the deaths of the people whose planet was destroyed, Oz’s boss sends him and his crew on a mission to pick up some medical supplies. However, when they arrive at the space station they discover that this mission is not what it appeared to be.

READ: Speaking of robots, check out our review of the half-man, half-robot superhero, CYBORG.

As for the rest of Oz’s crew, they’re basically walking stereotypes. You have Acroyear, who is a giant warrior who acts as Oz’s bodyguard. Acroyear and Oz clearly share a history with one another based on how they talk, but, for now, there does not seem to be anything noteworthy about Acroyear other than is appearance. He stands tall in his bright red mech suit and carries around a flaming sword. Acroyear certainly seems to be quite the badass; unfortunately, there was not much for him to do in this issue. 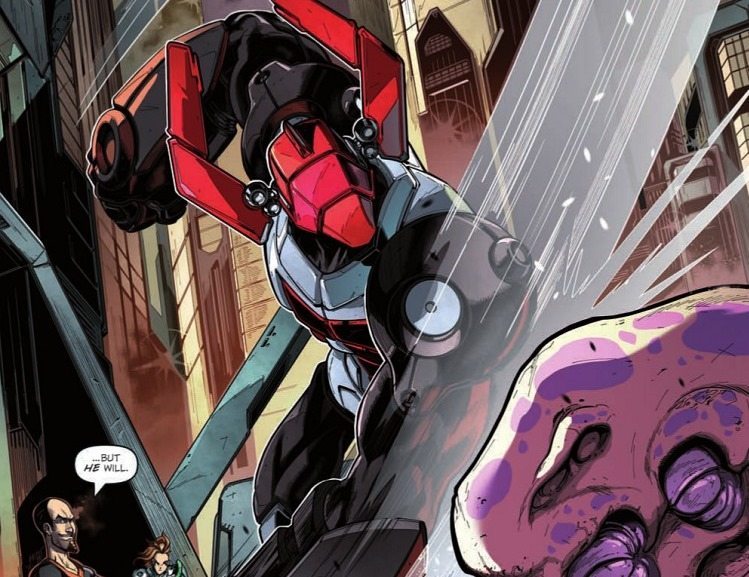 Next, there is Phenolo-Phi, who is a skilled space glider and thief. She seems to be annoyed whenever Oz picks a fight with someone over their lack of morality, but she enjoys the excitement when whoever Oz is arguing with begins to fight back. And, of course, no group with a rogue leader would be complete without the character who questions everything they do. That role is filled by orbital defender Larissa. To finish off our generic space team is Microtron, Oz’s sarcastic robot companion.

I guarantee that, at some point, you have come across these characters before, and honestly, you’ve probably seen them done better in comics like GUARDIANS OF THE GALAXY. Despite the familiar story starring characters we’ve seen used several times in the past, the comic is redeemed thanks to its impressive artwork. The comic has a team of four artists working on it, but based on the consistency throughout the issue most readers wouldn’t be able to tell. This is probably due to Baldeon being in charge of the breakdown of the comic, thus laying the foundation for all the other artists to follow. The character designs for each character do a good job of matching their personalities while also being interesting to look at. As mentioned earlier, the landscapes make this universe out to be very vibrant and colorful, adding to that fun space adventure feel.

READ: Want to a real fun space adventure? Check out our review of the latest STAR WARS comic!

In the end, this first issue is entertaining but didn’t really entice me to continue reading about the adventures of these characters. The comic is unfortunately afraid to take any risks with the story and instead gives us a generic plot with characters equally as generic. I can’t honestly say it’s a bad issue, because the artwork was fantastic. Plus, these characters are used constantly in stories for a reason: They’re very entertaining. If you’re looking for a comic that is going to wow you with an intriguing story and unique characters, then you may want to skip this one. But if all you want is a fun space adventure with archetypal characters with cool designs, then this story is a pretty decent read.