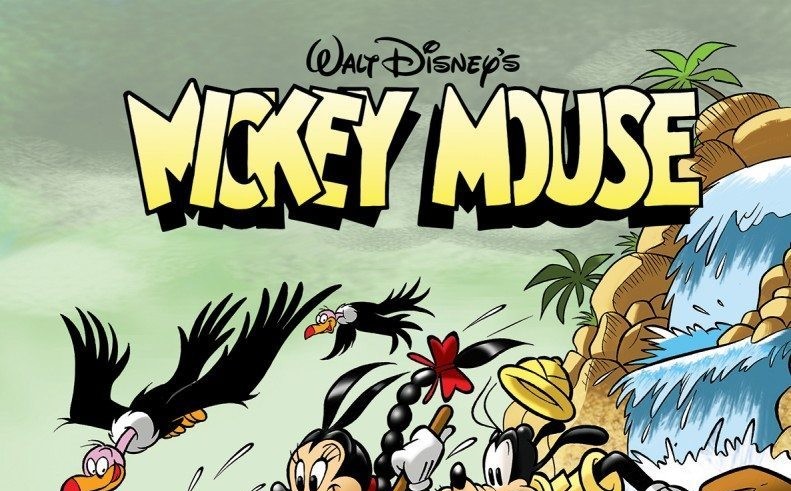 In all the hubbub of comic book pop culture, one character is always sorely overlooked. No, he doesn’t wear a cape or tights. He doesn’t have a secret identity either. Mickey Mouse is, without a doubt, himself. He’s an all-around lovable fellow who, since the 1920s, just always seems to find himself in adventures that heighten the mundane humdrum of middle-class living. What’s more is that, for the most part, the comics work, making it all the stranger that he is not as widely revered as his spandex-clad brethren. Perhaps it’s a part of the quiet humility of the character, but for sheer consistency of quality, he deserves more than passing admiration.

READ: Want another compilation book? Give AMAZING FOREST a try!

MICKEY MOUSE TIMELESS TALES: VOLUME 1 is proof of this. What we have here is a collection of different MICKEY MOUSE comics across various eras of the character that tell you absolutely why he and his comics have stood the test of time despite a lack of broad mass acclaim. The stories vary in length, tone, and style. They are all unrelated to each other. This is not your typical collected volume comic book. This is round one of a victory lap for a character that can seemingly fit himself into any genre with ease.

Whether he’s stumbling through the forests of the Congo or nabbin’ swindling crooks, Mickey Mouse quite simply works. This is as much a testament to the character as it is to IDW’s assembled editorial team of Sarah Gaydos, David Gerstein, Justin Eisenger, and Alonzo Simon. Their great skill at judiciously selecting stories from across Mickey’s history is what makes this book everything it is. They are stories that, through their diversity, show the magnetic power of an unassuming character who can truly be anything or anyone a writer wishes him to be, while still without a doubt being the mouse we know and love.

That’s actually the most fun part of this book, sifting through the many different stories assembled here and trying to find what it is that makes Mickey Mickey. It’s not easy. The little guy’s a slippery character. Sometimes he puts up the macho front for his girl at the carnival. Other times, he’s just an everyday kind of guy scheming up a better way to go fishing. Even if you don’t arrive at a hard and fast definition of who Mickey the icon is, there’s still plenty to enjoy in each of these stories.

READ: BRUTAL NATURE‘s another IDW title exploring the potential of performative characters. Here’s our review for #2

Perhaps the greatest success of this collection, though, is how well it manages to restore the older stories. In particular, “The W’Angler”, published in 1933, looks stellar with its vibrant color scheme and in-tact lines. Truthfully, “The W’Angler” has been so well-restored that it hardly looks out of place at all among the stories from the 2000s, which have the benefit of needing minimal restoration due to their relative newness.

The level of care that has been taken to bring the big cheese his own volume is touching, and it’s clear that there is an admiration for the character here. MICKEY MOUSE TIMELESS TALES: VOLUME 1 hardly tells any story, which is what makes it so darn unconventional. It works, though, on account of the fact that the entire IDW team gave it precisely the care it needed to shine and display the full gambit of Mickey’s miraculous storytelling potential.

If you take the time to read any volume collection, and believe me, this one will take time at a whopping 266 pages, read MICKEY MOUSE TIMELESS TALES: VOLUME 1. It’s simple, smart, sweet, and shows us why even today we still can’t get enough of the little guy.