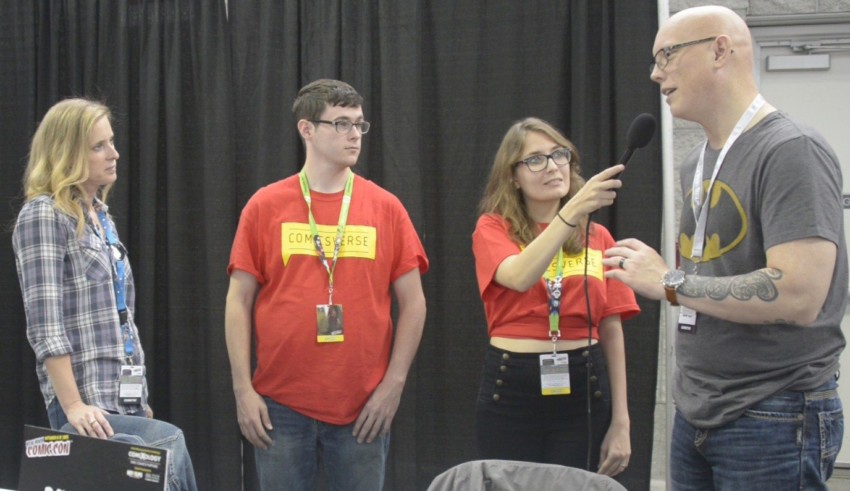 Meredith and David Finch are a husband and wife duo in the comic book world who have taken over DCs WONDER WOMAN in their The New 52 series. David is a comic veteran who has worked popular series such as ULTIMATE X-MEN and AVENGERS. He worked for Marvel in the beginning of his career and now works full time for DC Entertainment. Meredith, on the other hand, is a relative newcomer who got her start from Zenoscope. WONDER WOMAN marks her first on-going series and it is her first collaboration with her husband. She is the writer while David produces the art to this iconic comic book series.

READ: Need more WONDER WOMAN in your life? Check out our analysis of what make the historic character so iconic!

Meredith and David Finch had WONDER WOMAN handed over to them after issue 35. Meredith and David Finch have done something major for feminism and women alike who look up to Wonder Woman. Not only did her outfit change to something less revealing, but we also get to see her as Diana as well as Wonder Woman. She goes through problems that regular women go through, not just ones caused by her family or others with superhuman powers. The series has also brought us a same-sex marriage as well as female empowerment. They are continuing to set the stage for female empowerment in comic books, and we are all very excited as readers to see another side of Wonder Woman.

Meredith and David Finch: The Interview

In our interview with Meredith and David Finch, we talk about Wonder Woman as an icon and how they felt about taking over such a well known female superhero who means so much to many women. They are incredibly interesting people and they obviously love what they do. So hopefully you’ll enjoy this interview as much as these creators love working with one of the original feminist icons!