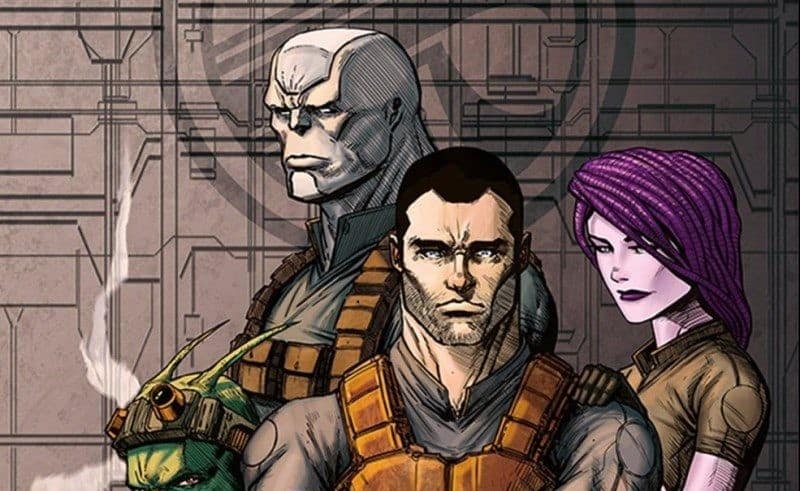 There are few things that capture the imagination more than the thought of space travel.  The Moon Landing was one of the most amazing technological achievements of the twentieth century; photographs from the Hubble Space Telescope captivate the mind with images of beauty that dwarf our entire Solar System; and STAR WARS exerts an influence on comic series like SALVAGERS to this day…

The concept is simple.  Robert Salley has crafted a science-fiction galaxy that’s rich in trade – and thus in piracy.  But his focus drifts away from the pirates to a crew of Salvagers, men and women commissioned to inspect wrecks and loot them for the government.

In a hostile galaxy, the risk and reward is high for these crews.

It’s a nice conceit, borrowing heavily from the Mos Eisley Cantina and Jabba the Hutt.  At the same time, by focusing on a wider group with entertaining characters, Salley avoids turning his book into a straight copycat.  He gives us a small crew, but with each character distinctly memorable, and is clearly enjoying unveiling the backstory of his cast (most notably in #2, a flashback issue).  Captain Roenick seems like a wonderfully entertaining cross between Han Solo and FIREFLY’s “Mal” Reynolds, easily stealing the show in every issue to date!

The book’s helped by the fact that, as well as having a good understanding of his character, Salley’s clearly playing the long game.  The plot builds incrementally, and by the climax of #3 it’s rocketing along at a breakneck pace.  There’s a strong sense of mystery and intrigue here, of unseen danger that is gradually being unveiled, and that makes for a tremendously fun adventure.

The artistic style is wonderfully in-tune with the genre, and sci-fi fans will catch many images that are evocative of classic science-fiction moments.  Take, for instance, the very first image: 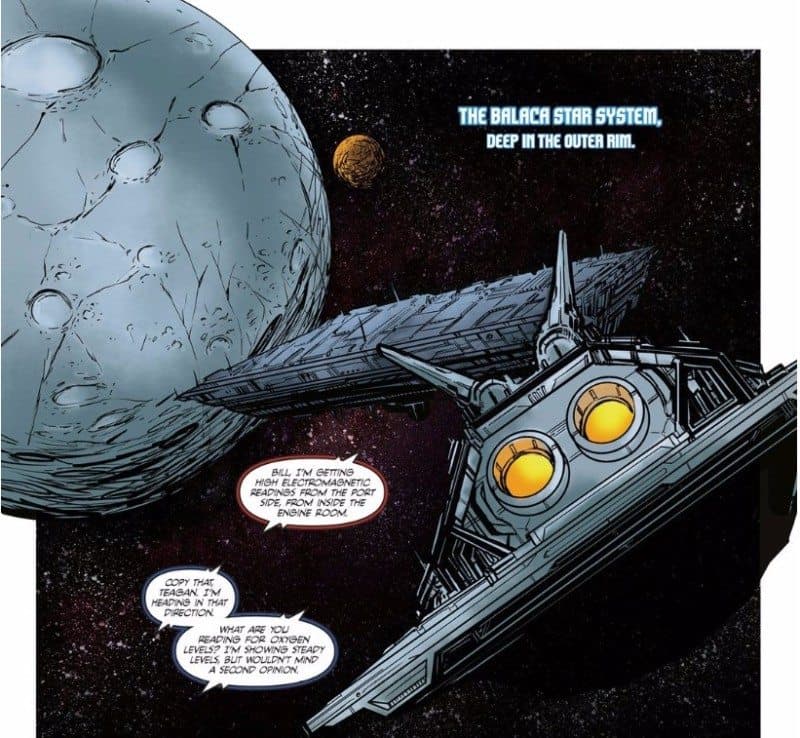 Yes, the near-triangular shape is wonderfully reminiscent of an Imperial Star Destroyer!  George Acevedo is clearly comfortable with all the tropes of science-fiction, while his character designs are beautiful.  He particularly shines in creating alien characters, who are near enough to human to be familiar, while exotic enough to entertain.

All in all, SALVAGERS is shaping up to be a promising series, and I heartily recommend it for science-fiction fans!