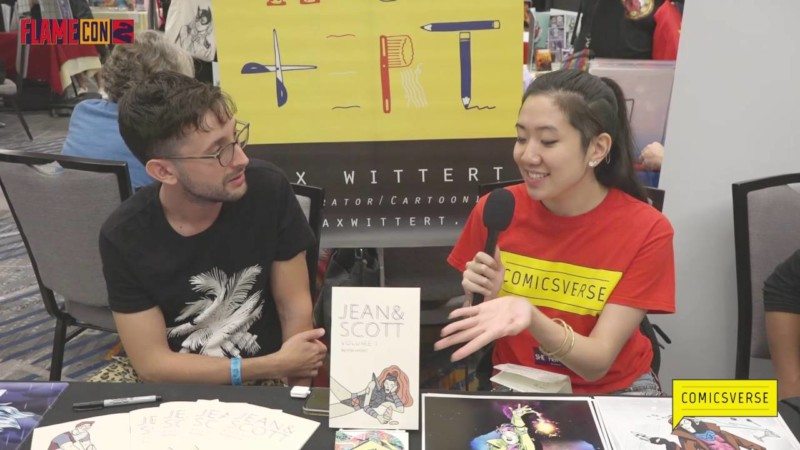 Love them or hate them, Jean Grey and Scott Summers are two of the most recognizable and well-known comic book couples in all of comic book history. Max Wittert, however, is the only one who has portrayed the famous couple in such a funny and sincere way in his original comic, JEAN & SCOTT.

An illustrator, cartoonist, and designer based in New York City, Max had the opportunity to pursue several different careers. Yet the strongest response Max received on Tumblr was from his comedic take on Jean and Scott as roommates. His comic can be found featured on notable sites like Digital Spy and Buzzfeed, bringing sardonic humor to the limelight! Max talks about where (or from whom!) he got inspiration for JEAN & SCOTT, and the difficulty of comedic timing in comic art. However, Max makes it clear that he’s not the kind of artist to shy away from a challenge!

While thankful for the great reception for JEAN & SCOTT, Max is now excited to exercise more of his artistic muscles and writing chops for his original work which can be found on his website http://home.maxwittert.com/. Take a peek into this fun guy’s mind with this great interview at Flame Con 2!