ADVENTURE TIME has been, hands down, one of the most influential shows in my life. All the way from grade school to college, it’s given me laughs, ideas, and morals. I grew up with the show, and that’s why it’ll be so difficult to see it end.

Sometime in 2018, the ADVENTURE TIME series will be ending and it feels far too soon. It feels like passing a stage in my life, but in another way it feels like it’s time. In the same way one leaves childhood, the end of ADVENTURE TIME is a sad but a natural conclusion. After all is said and done, I leave it matured. I may even be allowed to sit in the big boy chair.

All jokes aside, the show truly has broadened my perspective of maturity. Through different characters, it fleshed out the ups and downs of becoming older. It gave a wide spectrum of ways to define what the concept is and how to perceive it. Considering how quickly kids grow up these days, it’s a good thing there’s a show giving them the tools to better handle the world before us. Quite frankly, it helps adults to confront the world. So, to partially reminisce we’ll dissect the maturity of Finn and Jake.

READ: The brilliance of THE AMAZING WORLD OF GUMBALL 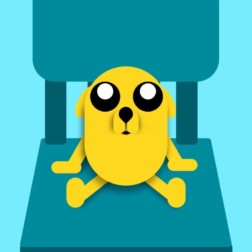 To start things off, I have to begin with Jake because he is practically an allegory in yellow skin. From the beginning of the show, Jake was nothing more than the older brother and deuteragonist to Finn the human. His role was to be a bro who would drop some advice from time to time. However, being the older sibling didn’t stop him from enjoying the simple things in life. Butt jokes, pranks, wild adventures, you name it. At one point, he became a paragon of parties and challenged the literal god of parties to a party off. That’s a thing. Needless to say, he wasn’t the most responsible person, but when it mattered he had a nugget of wisdom ready.

Now, things get a bit more interesting when his age is brought up. While it doesn’t affect him physically, Jake ages in dog years and the way the writers use this is interesting. As the series continued, Jake would approach multiple stages of life within a four-year span. He got a girlfriend, then a house with her, and later kids. Jake became a dad. A dad. Those things have kids. And because they age at a more rapid rate, we saw Jake as a dad at all the stages of parenthood.

Out of context, it sounds like an emotional rollercoaster, yet Jake somehow stayed the same. While a bit less prone to recklessness, Jake retained his charm and personality and that’s super important. Despite all these stages of life that are said to make one more “mature,” Jake is still the same person. What this means is something I think we all need to take to heart: Maturity isn’t a constant state. It’s sounds rather mundane, but consider it for a moment. Ever since we were kids, we’ve been told that growing up means you can’t do kid things anymore. You can’t watch cartoons, like dumb jokes, or eat candy.

To a kid, this sounds like you can’t do anything fun ever again and it’s no surprise that they resist maturity. It sounds boring and that’s why it shouldn’t be thought of as a constant state. Instead, think about how often you are actively mature. It’s probably when doing work or confronting something important. But outside of those times, when are you actively “mature?” The reality is most of the time you’re probably watching something dumb, making jokes, or eating something unhealthy. Maturity only comes up in moments when you consider it necessary. No one is mature 100% of the time. Probably not even 40%, to be frank. You can be in your thirties and still be just as free-spirited as your ten-year-old self, although I might be projecting. 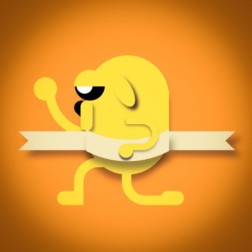 While Jake may be the amorphic allegory for the inconstant state of maturity, Finn is the progressive representation. Unlike Jake, Finn ages in regular time and learns things as he engages them. He approaches milestones at a slower rate and, as a result, he mentally digests them at a slower pace. Put bluntly, he’s a kid and he has to figure things out from his limited experience.

At a young age, you don’t have that much to reflect on, so each new scenario is sink or swim. It’s only after the fact that one learns how to engage the same scenario, and even then it depends on how one interprets it. That’s where Finn shines. Most of our crucial engagement with him is when he’s trying to figure things out and boy does he have tons of things to ponder.

From losing his girlfriend to his adoptive father, Finn has lost a lot of things that made him the character we know today. Of the things he lost, his arm is probably the most tragic. While I’d like to explain the entire story and it’s interwoven complexity, it’s a lot of episodes to go over. Instead, here’s a shorthand that should suffice. On a quest to find his real father, Finn discovers him in a space prison for the worst of the worst. Finn is then forced to contemplate whether or not his father is worth saving. Out of desperation to learn more about himself, he pushes on. After a crazy prison escape, Finn ends up in a tug of war with his fleeing father in a black hole. In the end, he loses his arm, his no-good dad, and his spark.

It’s over the course of multiple episodes that Finn ponders how to take the loss of his true father. Initially, he’s spurred by a quiet rage that compels him to build a tower into space. His goal was to find his father and rip his arm off. Clearly, that idea was absurd and once he was calmed by Princess Bubblegum he became numb. He was lost for a while, he didn’t know how to feel. Eventually, due to Beeus ex machina, Finn gets his arm back and begins to think of how he mistreated those he cared about. 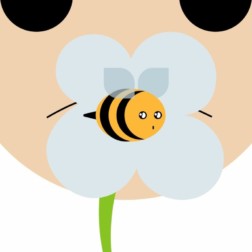 Though this experience, Finn had to contemplate how events in his life affected him and in turn how he reacted to them. He realized that how he chooses to interpret his experiences defines him, and his reaction to them defines his relationships. Through this realization he hopes for the best, attempts to be more considerate, and overall wants to be a better person. This is his method to becoming mature.

READ: The Value of Maturity in Children’s Cartoons

For us the viewers, it’s important to note that he isn’t trying to realize maturity but to observe how it is defined and obtained. Of course, this isn’t his literal quest, but it’s one that could be applied to everyone. We see how Finn interprets success and failure, how it affects him in both the short and long term. Sometimes his initial reaction is shortsighted and requires more time to ponder. Sometimes he uses past experiences to better engage new ones. In the end, Finn is ever-changing.

I think that these are great tips to apply to everyday life. It’s through this observation that I hope more people consider pondering what maturity is to them and how their perspective pilots their life. And to think, I learned all of this from a cartoon. 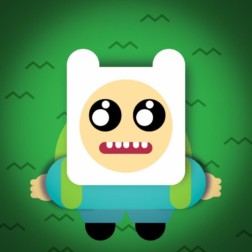