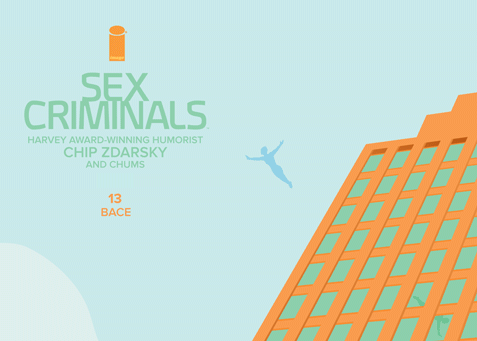 This week in SEX CRIMINALS, we meet Alix, who does not have a problem.

Not only because the writing and illustration was hilarious and beautiful, as always, the duo also included an asexual character who was not treated as a joke. 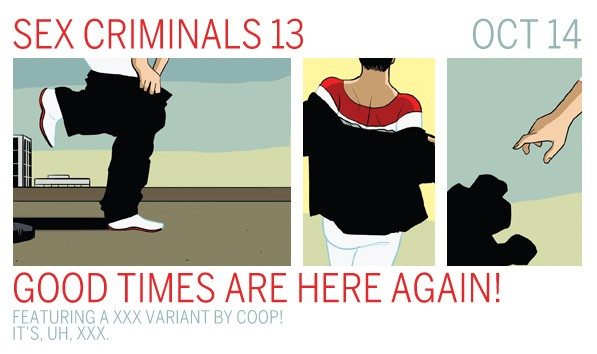 The writing was clean and crisp, dripping with the humor and sarcasm that Fraction is known for. The whole book is rife with the usual d*** jokes and other obscene humor. However, Fraction also tackled the storyline of an asexual character with respect, which is something that I don’t see often in popular media.

This is one of the things that makes SEX CRIMINALS so great. Fraction can be blunt and humorous, but have respect for things that other creators seem to throw to the side for a good joke.

In this issue our main characters, Jon and Suzie, are pushed to the wayside for a new character. This new character, Alix, introduces us to something new to the series– asexuality. A large portion of the book is devoted to her discussing her life growing up with, understanding, and coming to terms with her asexuality.

It explores Alix as she goes through high school, which is full of hormonal teenagers and A+ jerks. She explores her sexuality, very determined to prove to herself that she’s ‘normal.’

Some of the exploration of her sexuality gets a bit graphic, but this book is rated M for a reason. It’s important to note that in some of these panels, which could have been very crass, they were handled in such a way that they were not and they were, instead, insightful looks into the mind of a teenager who’s just trying to figure herself out.

LISTEN: The ComicsVerse Podcast- Episode 52: The Origin of Batman’s HUSH!

As her story progresses we see her learn to realize that she is ‘normal.’ Alix states one of my favorite quotes in this portion of her story,

I think the above panel shows a lot about Zdarsky’s art. It’s such a dark panel, but you can still feel Alix’s emotions as she’s coming to this realization about herself. Throughout the whole book Zdarsky does this, making every man and woman, realistically emotional and relatable.

CLICK: Show your love for ComicsVerse by buying a shirt!

Zdarksy is also incredibly good at drawing detail, from the tiniest background image to a very up-close look at a… bit of anatomy, he adds details that most would forget. Though, I admit, there are a few scenes that could have been less detailed, but that would have lessened the book’s…. charm? Not charm, but the  … okay, let’s just go with charm. 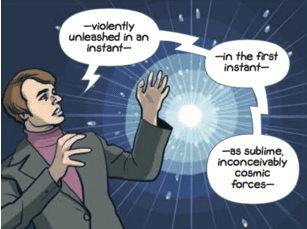 In summary, SEX CRIMINALS is phenomenal, but this issue was brilliant, beautiful and respectful, which is all I ever wanted in a comic.

Fun fact!  At the Harvey Awards, Chip Zdarsky won BEST HUMORIST, but declined the award because Fraction was not credited. Because of that, this issue was credited to: ‘Chip Zdarsky and Chums!’