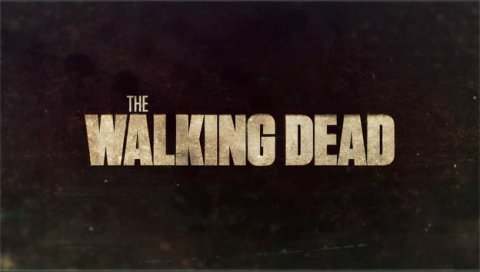 Click here to catch up on what happened earlier this season!
The Episode 9, “What Happened and What’s Going On” Review is here!
The Episode 10, “Them” Walking Dead Review can be found here!
Last week’s review is right here!

Remember when things weren’t so complicated? When they were a little less bearded? When we weren’t skinning possums and bashing corpses in the head because we taste so darn delicious?

Honestly, we don’t – and that was an integral piece to this latest episode of The Walking Dead – aptly titled ‘Remember’.

From the start of this series, as an audience we’ve really ONLY known this brutal and terrifying world – and very little about the lives of our heroes before the dead started walking. This is the struggle Team Grimes is currently facing – the uncertainty that they can actually be the people they once were. They’re forever changed, a sort of zombie apocalypse PTSD. Oddly enough, this may not be such a bad thing… 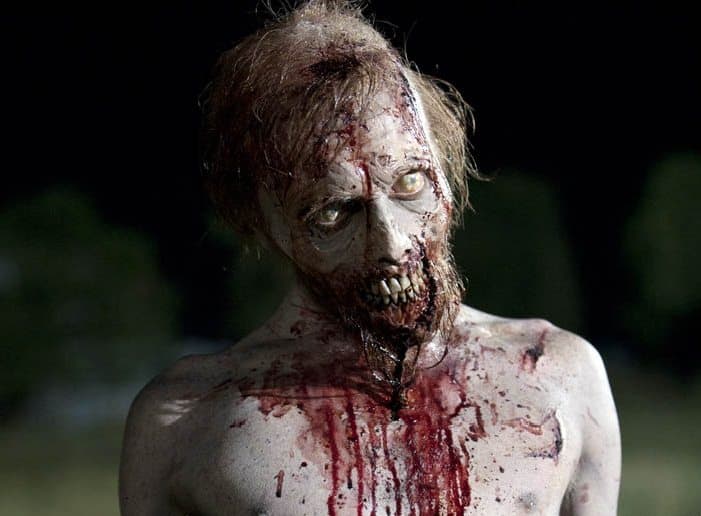 To recap – our group has finally arrived at the Alexandria safe zone, and borrowing heavily from the comics, they’re asked to give up their guns in exchange for civility. They’re given the grand tour – and my is it grand. There are entire houses to live in, electricity and running water.

Rick takes quite possibly the most deserved shower of his life, shaves and transforms into Andrew Lincoln circa Love Actually. He also meets Jessie, a seemingly kind resident of Alexandria who offers to give him a haircut and partner Carl up with her sons. As they talk, we witness just the first of many shades of how difficult acclimating to the cushy lifestyle of Alexandria will be for our heroes – Rick can’t even fathom sitting down for a haircut, whereas to Jessie – haircuts seem to be something that had never gone missing in the first place.

We also meet Deanna Monroe – leader of the Alexandria safe-zone and former Ohio Congresswoman who has taken it upon herself to issue jobs to the various occupants of her community, among other duties. She illustrates a patient maturity, which seems to be the mark of a great leader and an ally our group could really use. However, we’ve seen this before… with deadly results and severed head aquariums. Oh – and we meet Aidan, her son. He’s kind of an asshole. 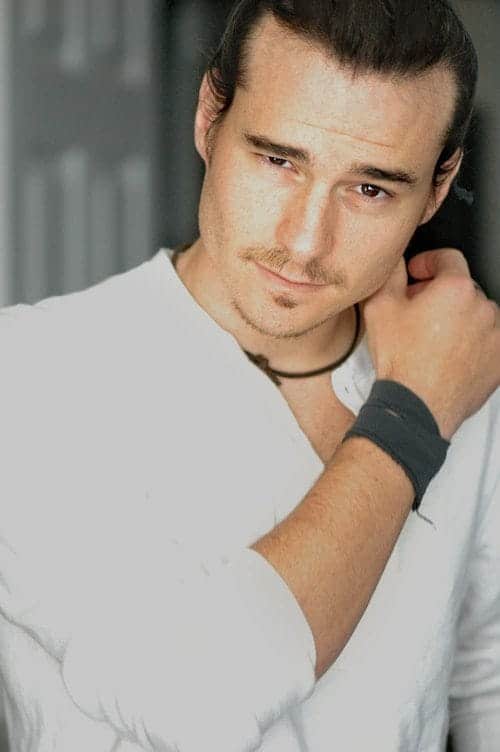 “Just look at this guy.”

Deanna has taken to filming the back stories of our survivors, with an actual running video camera (I know, it felt weird – right? Even just seeing working electronics is jarring). As our heroes recount their past, it’s crushing to find that it’s almost as if they’re talking about entirely different people – rather than themselves.

Here, to me, lies the most poignant sequence of this episode – Carol’s interview.

The Alexandrians are disturbingly complacent, which is something that became quickly obvious when we witnessed Aidan gunning for a specific walker in some sort of weird Alpha male act of revenge, complete with whistling loudly into the woods while on a run with a few members of Team Grimes. Exhibit A – we all know zombies love them some whistles. Low and behold, a walker descends opon the group and nearly takes a bit out of Tara. Aidan then later clashes with Glenn, who – go figure – is pissed off that this dipshit almost got his friend killed. Thankfully, Glenn knocks him down a peg.

With all of the above said – the absolute testament to the groups true survival skill and their sentiment on Alexandria comes in the form of Carol – who dresses up like one of the Stepford Wives and, during her video interview, seems shockingly enthusiastic to sit down and spill her most personal details to a stranger. During her interview – she mentions her husband, who she misses everyday. Fans of the show, at this point, immediately realize something is wrong – her husband (who we met back in season one) was an abusive piece of shit. No one could miss that man. He was a terrible human being. 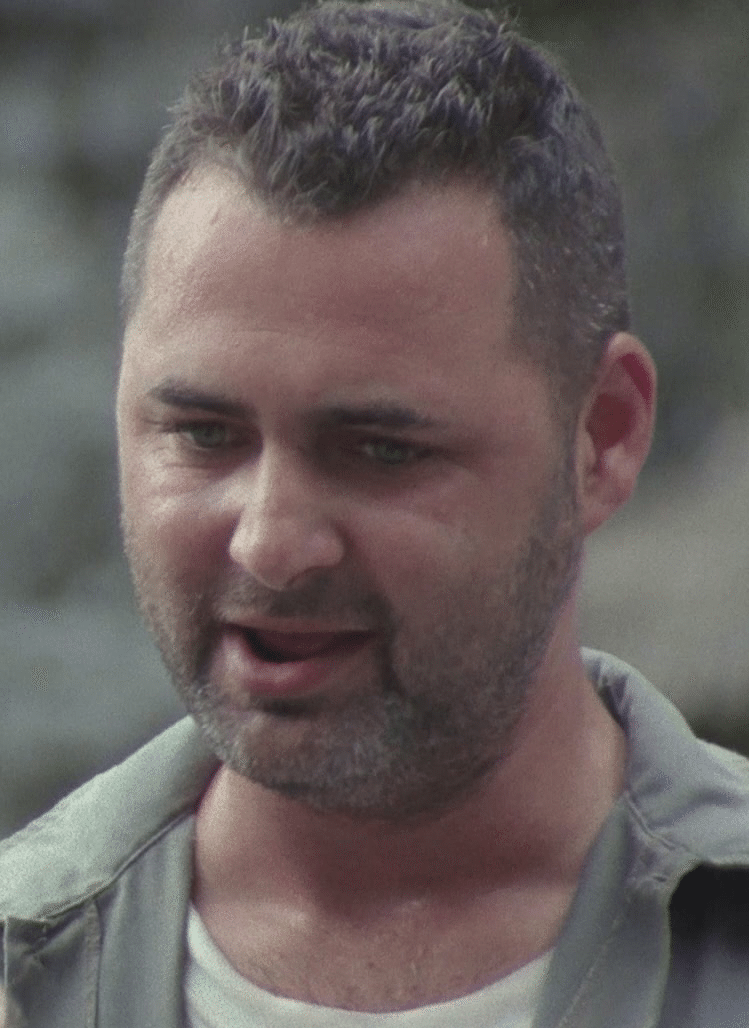 “The kind of guy you can take home to Mom, so that he can take a swing at her…”

Carol reveals that she’s simply playing the game. Play nice, play the part – and she can get closer to the inner workings (and possible underbelly) of Alexandria. It’s a smart move – our characters have been down this road before, a very long one at that, and they’re not doing it again. And as Rick dons his Sheriff’s Outfit 2.0, and accepts a new position as the town constable (alongside Michonne, of course) he reveals that Team Grimes will indeed play this game – but if the Alexandrians are too soft, and pose a threat to their survival – then by God they will take the safe-zone for themselves. I just love that dichotomy. The world around our heroes might be changing, but as it turns out it’s in our heroes’ best interest to hold off from changing along with it.

The group may never feel safe again – but hey, is that not the cornerstone of survival? They’re not going to allow Alexandria to soften them, if even for a second (cut to: Daryl making possum jerky for everyone).

The clearest victory this episode brandishes is the possibility of new and complex conflicts on the rise, that will challenge the format of the show as we’ve known it to date. The Walking Dead will always be a serialized show, with many episodes recently feeling as though they don’t lend themselves to a bigger picture. Remember, however, combats this by completely flipping the script – even if just for now. This isn’t “life on the road, people dying, fighting zombies, rinse and repeat” anymore – this is an actual stab at civilized society, and the building of a new world. What does this mean for our characters and how they’ve learned to live? Will they soften or stay strong? Will it last? If not, for how long? How will this end? Who might be the next villain lurking among us?

So many questions have never been such a beautiful thing. The answer to any of them will build the next steps to an even bigger journey – and I think that’s something this show could really use right now.

– Not sure if Jessie and Rick will have a love triangle of some sort, but I honestly hope not ! I’m pulling for Rick and Michonne to connect in some way, and to fill the gap that Andrea does in the comic universe.

– Carl being taken aback by the option to do average teenager things was very moving, the poor kid is so used to bashing in rotten skulls.

– Alright… where the F is Morgan?