Coinciding with the release of POSTAL #12 later this month, as well as the recent return of THINK TANK, ComicsVerse got a chance to interview the President/COO of Top Cow: Matt Hawkins. Matt is a veteran writer that has worked in the industry for over 20 years and is attached to numerous projects like LADY PENDRAGON and APHRODITE IX. We were able to get more insight into his series THE TITHE, THINK TANK, POSTAL, and the upcoming crossover event EDEN’S FALL!

ComicsVerse: I wanted to start by congratulating you on THINK TANK becoming an ongoing series. The first issues had me both frightened and intrigued. For my first question, I wanted to ask why, in this series and in many of your others, like THE TITHE and POSTAL, do you try to both entertain and teach readers something by giving them the tools to learn?

Matt Hawkins: Those are the kind of stories I like. I’m attracted to a subject matter primarily because I want to know more about it. The research is a lot of fun for me and I’ll spend months doing it. I’ve been concerned for a while now about how bad we are in the U.S. with science and engineering. People always tell me how boring they think it is so I thought if I could teach some simple concepts in the body of a fictional story and show people why it’s interesting, they might get into it. 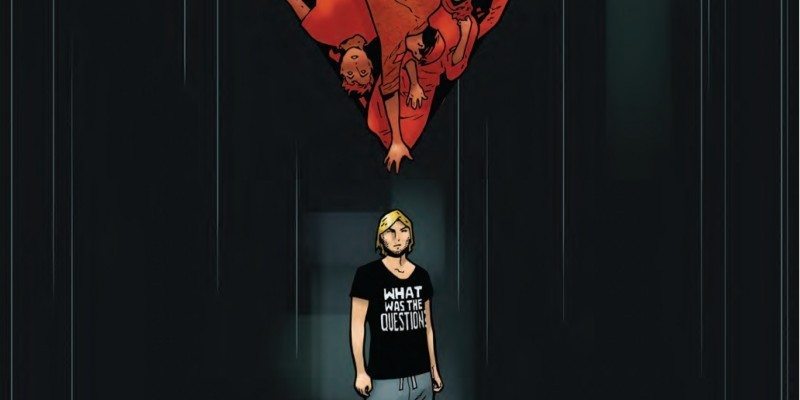 CV: Is it unnerving to do research into the things you tackle in Think Tank, and are you ever worried about publishing that information?

MH: It’s all public information available on the Internet already. The only advantage I have is I’m able to read some of the science blogs and have a general understanding of the applications of said technology. The people smart enough to use said information for evil already know it.

READ: Check out our review of THINK TANK: CREATIVE DESTRUCTION!

CV: Turning to POSTAL; in an interview with Bleeding Cool, Bryan Hill talked about how the third arc has him writing the series by himself. How much of that story arc was developed with your input?

MH: He pitched me the arc and we talked about a few points, but this is pretty much Bryan doing his thing. We talk all the time about story, dialogue, and various ideas, but he’s running the show on POSTAL now. 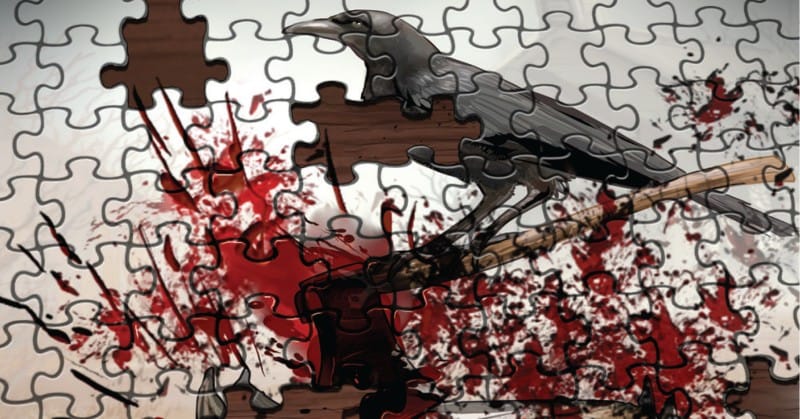 CV: Following from the last question, do you see yourself jumping back on POSTAL in the future, or are you going to let Bryan keep it rolling to the end?

MH: Bryan’s doing a fine job, and I have more than enough on my plate, so it will be him for the foreseeable future. If he gets bored with it, and we want to keep it going, I might jump back in at that point. Who knows?

READ: Catch up on this series with our review of POSTAL #11!

CV: Moving on to THE TITHE. It is, in my opinion, a very important and relevant series, specifically the second arc, because it discusses religion in an intelligent manner. In many places, it is still considered taboo to talk about and criticize religion. Did anything spark the decision to incorporate religion into the series and to tackle mega-churches and issues facing the Muslim community?

MH: I’m obsessed with religion, politics, and technology. I read everything I can find on those topics. When I started the initial story development for THE TITHE, I simply wanted to do a heist story. Most of those are banks, armored cars, or museum jobs, so I wanted to try something different. I started Googling around where there were large stashes of cash, and mega-churches came up. So that brought in the religious angle, initially. The second arc was a continuation of the theme.

READ: Learn more about THE TITHE in our series review and analysis!

CV: In August, POSTAL, THE TITHE, and THINK TANK will be crossing over in an event called EDEN’S FALL. Could you describe the decision to unite these book?

MH: It was organic. We’re not looking to force anyone to buy a 100 issue mega-event like you see from the big 2 at times. In the first arc of THE TITHE, I mentioned Eden, when Samaritan was on the run and she was looking at a way to escape being a fugitive. In the second arc, Dr. David Loren from THINK TANK assisted them in finding out who was behind the Muslim conspiracy. These books all take place in the real world. There are no super-heroes, no supernatural beings. Just some crazy shit going on. 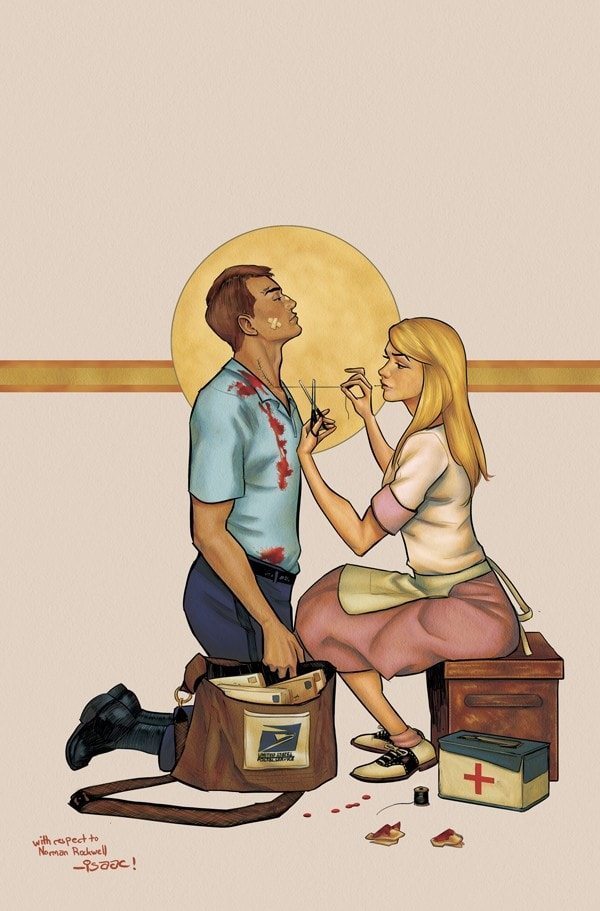 CV: Finally, you have mentioned in your books that when writing or creating, you live by a mantra: “write what you want to know.” Is there anything that you want to learn about or do research on that may or may not become a new comic?

MH: I’ve been studying biomimetics, immunotherapy, genetic drift, and epigenetics. All those will make their way into some new stuff I’m working on now.

We want to thank Matt for giving us his time! Be sure to follow him and his works, as they are some hyper-intelligent and thrilling comics. If you want to to get a sense of him as a writer yourself, you can get the first issues of his books POSTAL, THE TITHE, SYMMETRY, the first arc to THINK TANK, and many more here!