In early March of 2012, gamers received the finale to a well-beloved science fiction video game franchise. The game in mention led players to travel through the Milky Way as they protected it from otherworldly threats and species. With a crew of odd, badass characters you ventured into different planets trying to find the answers you so desperately sought. You were urged to be an understanding leader or merciless jerk aboard your small ship. As Commander Shepard, you were either a paragon or a renegade on a quest to save the galaxy.

If you couldn’t already tell, I’m talking about the MASS EFFECT trilogy. Bioware’s almost masterpiece-worthy space story was over and left gamers everywhere upset for several reasons. Some believed the game’s ending went against the long belief that every choice you made would affect the outcome. Others believed there was no true closure to Shepard’s story. A few were just too sad to see this series end. 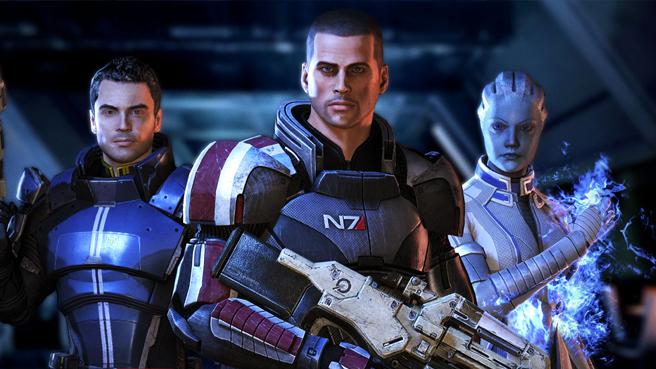 Fast forward six years to the present and here we are witnessing the release of a new story in the MASS EFFECT universe. MASS EFFECT: ANDROMEDA takes place 600 years after the events of the original trilogy. Instead of following the cherished Commander Shepard, we instead step into the role of Sara or Scott Ryder. The story, as you will learn, is just beginning there.

Ahead of ANDROMEDA’s release on March 21st, Bioware released an opportunity for players to test out the game for 10 hours of play. This rare opportunity was available for EA Access (Xbox one) or Origin Access (PC) members only. Within those 10 hours of gameplay, you were able to tackle the single player story mode as well as multiplayer. 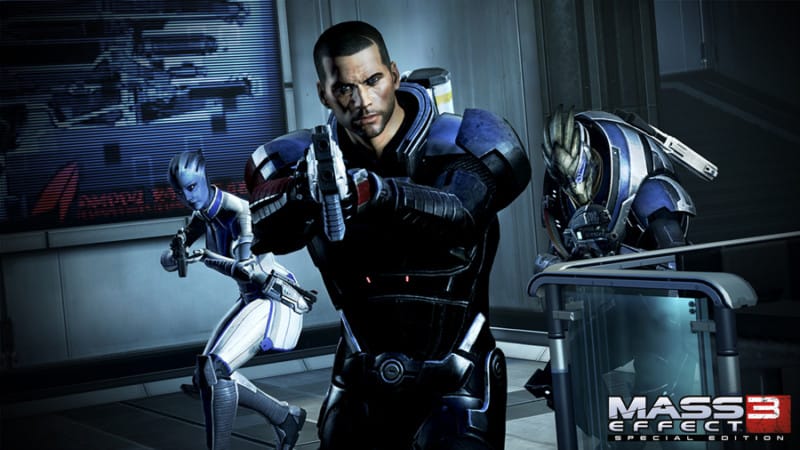 The bulk of this article will be an exploration of my short, 10-hour trip into Bioware’s new and exciting single player adventure. Buckle up commanders and welcome back!

Let’s start where most amazing games usually do: Character Customization. In the MASS EFFECT games, I usually spend a solid 3 hours crying in my chair as I try a little too hard to make my character look like me. For ANDROMEDA, however, that wasn’t the case. I must’ve spent about 30 minutes working on Ryder. In my opinion, this wasn’t because there were limited options for customization. It was mainly due to the fact that customization in this game was extremely fluid.

READ: Want to see what other games you can look forward to in 2017? Check out our list of 19 highly anticipated games!

ANDROMEDA’s preset face options are weirdly designed. Initially, I found it hard to find someone who’s lip size could match mine while also having the same skin tone. As a latino, it’s sometimes hard to find a face that’s…well latino. But I must give Bioware some credit, the options did make it easier to create a face that could match up to your genetic makeup. Tons of videos online have surfaced of people unable to create a face that’s relatively normal, but in all honestly I think that’s a lazy response. The interface for character creation is simple but efficient when molding the facial features you want.

Customization doesn’t stop at the nose and lips, though. You’re able to choose from several face tattoos, makeup styles, and hairstyles to make your character fit whatever look you’re interested in. That being said, the hairstyles are limited as are the tattoos, so don’t expect a crazy mohawk somewhat reminiscent to FALLOUT 4.

An important level of customization in this game is the opportunity to create Ryder’s twin. As some of you may know, the Ryder you choose to play as (either Sara or Scott) does indeed have a twin counterpart. If you choose to play as Sara, you will refer to and see your twin Scott in the game as well. Because of this, Bioware is giving players the option to customize said twin to your liking.

This is an awesome experience that makes character creation much more intimate. You can really put in the effort to make the Ryder’s look related, or you can take the hilarious route by making them look like total polar opposites. 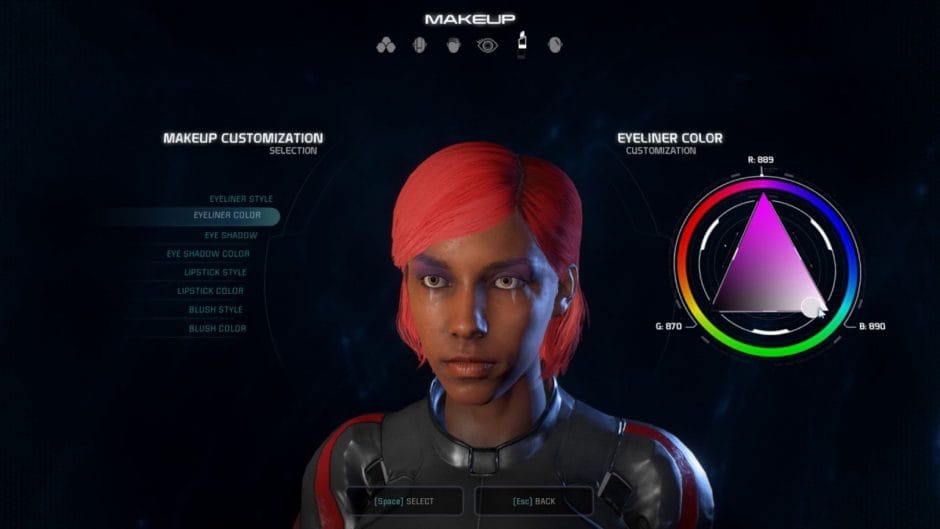 Now within the creation options, you can again choose what skill type your character will focus on (whether it be the biotic-heavy Adept or the guns blazing Soldier). That to me doesn’t really matter though when aligned with this next bit. In the creation menu, you have the choice of history.

Here you can choose the gender of your Commander Shepard. This may seem small and unimportant for newcomers, but to gamers who lived and breathed MASS EFFECT 1-3 as your beautifully crafted FemShep, it’s a huge deal. This means that at several points in ANDROMEDA, your Shepherd will be name dropped and referenced correctly.

Who’s Plot is it Anyway?

MASS EFFECT: ANDROMEDA starts off with Ryder waking up from a 600-year cryosleep. He’s woken up on a ship referred to as the Hyperion Ark, a large vessel that transported human settlers who would eventually populate the ANDROMEDA Galaxy (talk about a huge step for mankind). So yes, we’re no longer home.

READ: Feeling super nostalgic? Look deeper into the past with these video game gems!

This game centers on this idea of expansion to the very very far beyond. Upon discovering this I wanted to take the game and chuck it into the nearest dumpster. No, not because it’s a stupid concept. It was honestly due to the fact that 600 years away and a new galaxy meant I would never see the character’s the original trilogy made me fall in love with. I would never be able to give the Krogan Wrex the headbutt that I longed for, nor would I be able to tell Liara how weird her blue skin made me feel. But this section isn’t about the old characters or the old galaxy. It’s about ANDROMEDA and it’s new batch of faces. 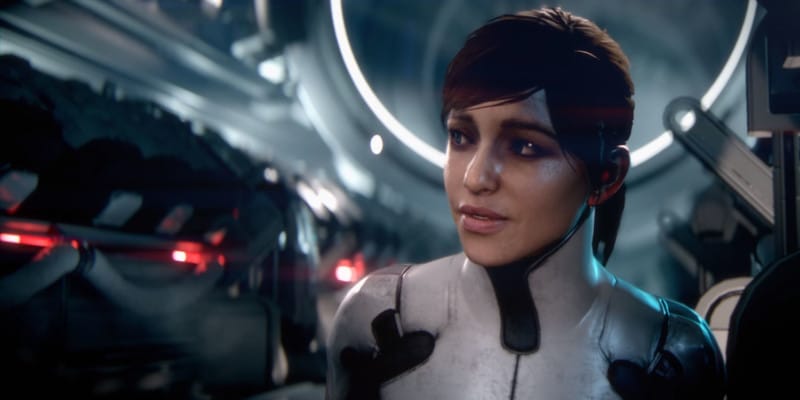 To limit spoilers, I’ll jump to your role as a Pathfinder. In this story, the Pathfinder is a leader given the task of finding habitable planets in this new home. As Pathfinder Ryder, you’re given a small team who is set on this high responsibility with too much space for error.

Find a planet, potentially get killed, and hopefully lay in a comfy bed. That is what MASS EFFECT: ANDROMEDA will likely be much later down the line.

With your new mission and your freshly built team, you are given the option of finding a planet, which goes south when a new breed of aliens tries to kill you. Boom, first contact, and conflict. It’s a good recipe so far and one that easily trumps Shepard’s quests in a grander scale. 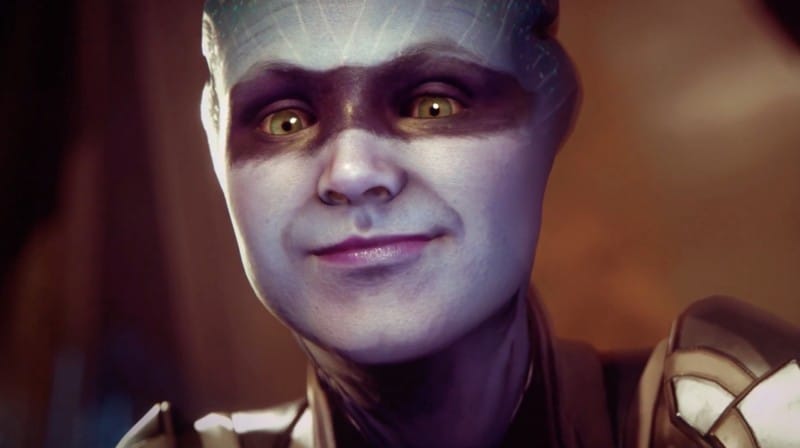 Your team is a collection of races fans have met before. The Salarian who’s a little too blunt. The Asari who can keep your heart beat going. Or the various humans with their quirks and wit. Here’s the greatness, though. When I hopped aboard the ship and got to meet each character through dialogue, I was surprised.

When talking to my first crew mate, I thought to myself “Wow, this is my favorite character so far.” Then I moved on to the next one and thought the same thing. Then it happened again and again and again. I soon realized that Bioware had done it again. They created a roster of characters that was easily likable but highly diverse.

Guys, this is only within the first 10 hours of the game. How can I possible have 5 characters I’m already marking as favorites?

Being that this is a MASS EFFECT game there are some things that are nostalgic of the originals. First off, many people have been complaining about the large presence of original races in this game. I understand, you go to a new galaxy and the last thing you want to see is a Krogan. In my opinion, it’s an inviting thing to see. Obviously, you want to get a heavy dose of new in a game that takes place so far into the future, but what’s wrong with the classics. It’s like what Scream 4 told us, “Don’t fuck with the classics.” 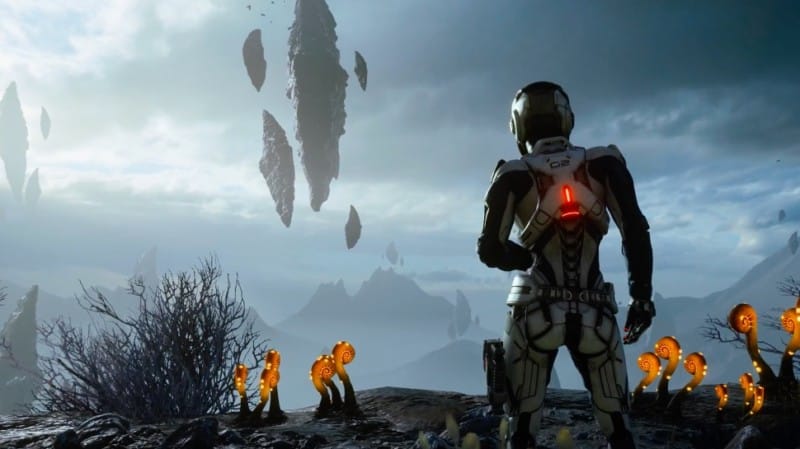 Seeing all of the familiar races tells us that we’re back where we left off. Even though we see the same races, the dynamics may be changed at some point. Somethings don’t change, though. The Salarians and Krogans are still beefing hard. In the sense of old characters making an appearance, there may be some references here or there. For now, my lips are seals.

READ: Are you a Sci-Fi gamer who also loves music? Check out how we discuss the influence video games have on music!

There are several early on reference to N7 soldiers and their impact. They are the badasses of military so they can’t go anywhere just yet. Ending at that, there really isn’t much mention on the MASS EFFECT lore but there’s certainly great promise laid out so far.

Get in your Face Gameplay

MASS EFFECT: ANDROMEDA’s gameplay is heavily similar to the older games. Shoot here, biotic ability there. This doesn’t diminish the value since Bioware sprinkled in some new features quite nicely. Jumping and dashing forward into unsuspecting enemies never gets old. Using ability combos to get an advantage in a firefight is exciting. Combat is extremely fast paced and relies entirely on the style you want to play. 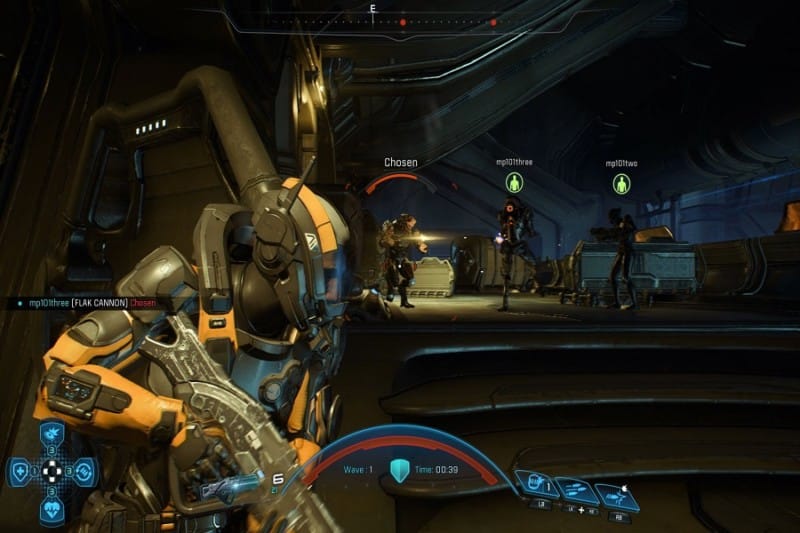 The option to switch your play style up is encouraging since it only cost 20 credits to reset your skill points. You can go from playing an “in your face” soldier to being a sneaky, sniping infiltrator at no consequence.

Enemies are ready to flank and not forgiving. They’ll capitalize on your inability to find cover as well destroy your teammates so you’re outnumbered. I’m excited to see how Bioware will play this out in the rest of the game.

So there you have it. MASS EFFECT: ANDROMEDA is an extremely overwhelming game in its first 10 hours. You’re thrown into a new story that’s full of side quests, chatty NPCs, and vastly explorable worlds. Though it is a bit much to take in at first, you quickly assimilate back into this series. 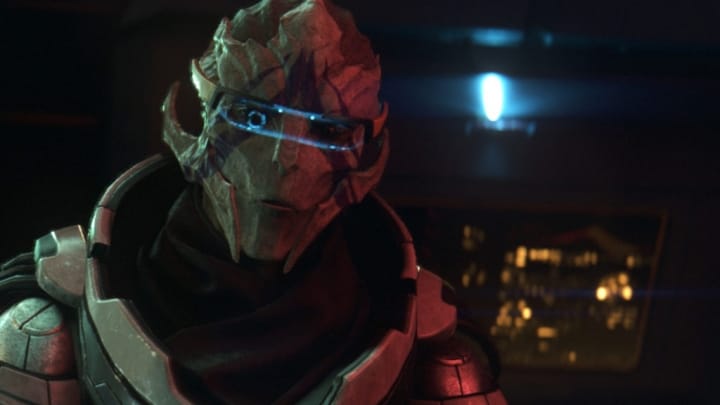 Some may argue that the facial animation bugs present in the game are major, but those bugs never interfere with its beautiful texture and it’s breathtaking environments. I can’t wait for Tuesday to come so I can fully explore everything that MASS EFFECT: ANDROMEDA has to offer and I am 100% positive that Bioware will not let their fans down.