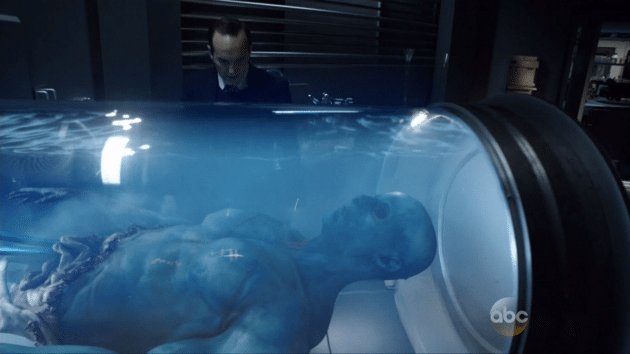 When Ronan the Accuser entered the stage in ‘Guardians of the Galaxy‘, he was only the first member of the Kree to hit the Marvel Cinematic Universe.  Now, the mysteries of ‘Agents of S.H.I.E.L.D.‘ are entwining themselves ever more with this alien race – so who are the Kree?

The Curse of the Kree

The Kree are one of the most prolific races in the Marvel Universe, originating from the planet Hala.  They have a vast empire, with their capital of Kree-Lar.  The bulk of them are blue-skinned, and they’re a scientifically-advanced – and somewhat militant – alien culture.  Unfortunately, they’re also cursed because of a decision made aeons ago, to pursue a powerful gem known as the Crystal of Ultimate Vision. 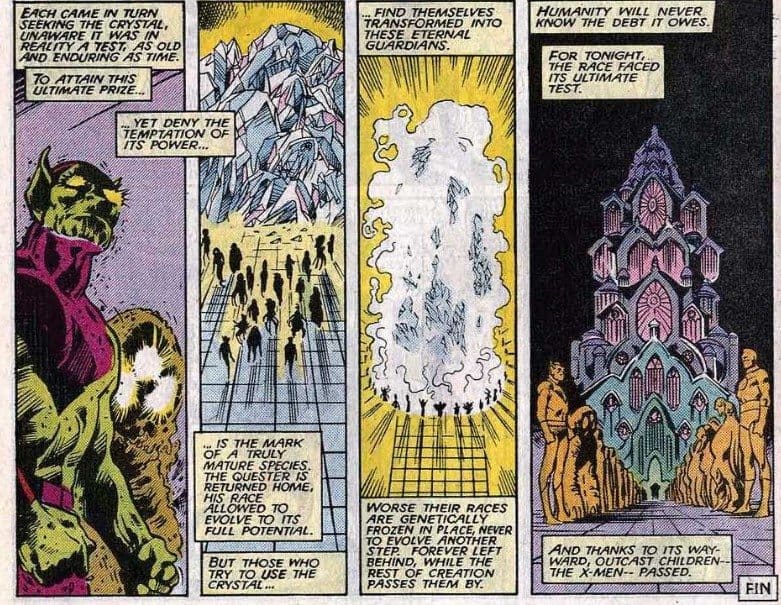 The Kree race was rendered genetically stagnant, with evolution frozen in place.  And so their absolute ruler, the Supreme Intelligence, has quested for aeons to re-ignite evolution.  As part of that obsessive pursuit, in ancient times the Kree visited other worlds and created the Inhumans!

So central to the Kree is a belief that they must find their way, somehow restore themselves to their natural glory.  However, there’s another element; they’re military to the core.  The Kree have been locked in near-constant war with the Skrull, a shapeshifting race.  The Kree-Skrull War, which has even spilled over to Earth, has been ongoing for millennia.

More recently, the Inhumans actually wound up ruling the Kree, with the Inhuman named Crystal marrying one of the Kree’s key figures, Ronan the Accuser.  Although that time is past now, it undoubtedly led to societal changes for the Kree.

Meanwhile, the Kree have been associated with a wide range of super-heroes – their Mar-Vell was the first Captain Marvel, and the inspiration for Carol Danvers’ current role (destined for the big screen). 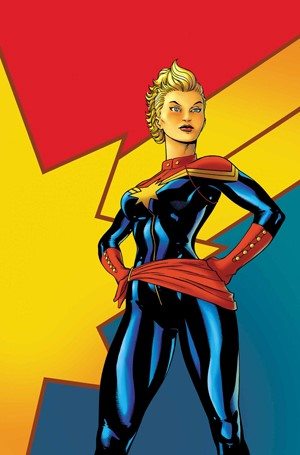 The Kree and the Marvel Cinematic Universe

In cinematic terms, the Kree are obviously becoming ever-more important.  Two of the Phase Three movies – ‘Inhumans’ and ‘Captain Marvel’ – are concepts rooted in the Kree in the comics, and the Inhuman plotline has brought the Kree into play in ‘Agents of S.H.I.E.L.D.’.  Ronan the Accuser, a key character in the comics, was the main villain of ‘Guardians of the Galaxy’, and it seems clear that Marvel Studios are working a new ongoing narrative thread into their films.

That said, the Kree have to be subtly different here.  License for the Skrulls belongs to Fox, as they’re strongly tied to the ‘Fantastic Four‘ – but their cinematic equivalent are the Chitauri, the villains of ‘The Avengers‘.  Again, given that the Chitauri seem tied to Thanos, and we have ‘Avengers: Infinity War‘ on the horizon (with ‘Inhumans‘ and ‘Captain Marvel‘ set between the two parts) – well, there’s a very interesting picture emerging.