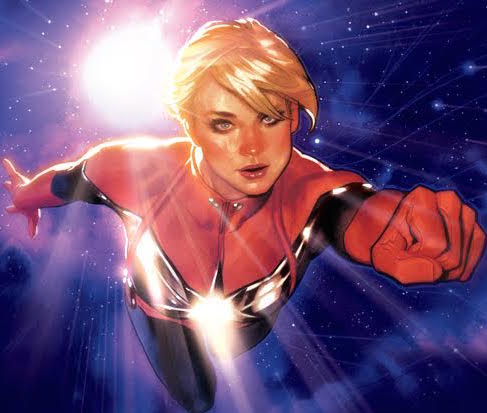 Get ready #CarolCorps, Marvel has released the first look at this coming January’s CAPTAIN MARVEL #1. The new title, written by MARVEL’S AGENT CARTER Showrunners Michele Fazekas and Tara Butters with art from Kris Anka, marks the beginning of a new chapter for Earth’s Mightiest Hero. Not only is it Carol Danvers’ post-SECRET WARS relaunch, it’s also the first time since the character was rechristened “Captain Marvel” in 2012 that her on-going adventures won’t be written by fan-favorite scribe Kelly Sue DeConnick. 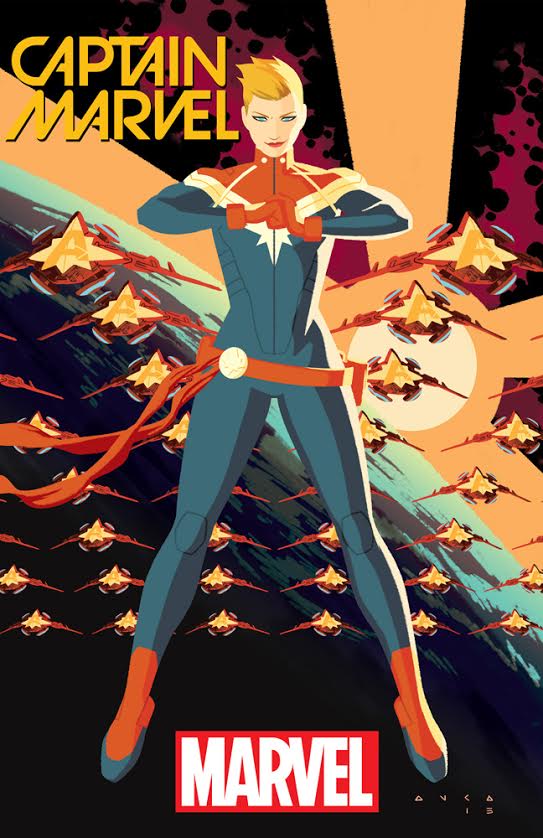 According to Marvel’s official synopsis, the series finds Captain Marvel as the leader of Earth’s new space defense program, Alpha Flight. To aid in said defense, Carol and Alpha Flight will apparently have access to a space station and an entire fleet. 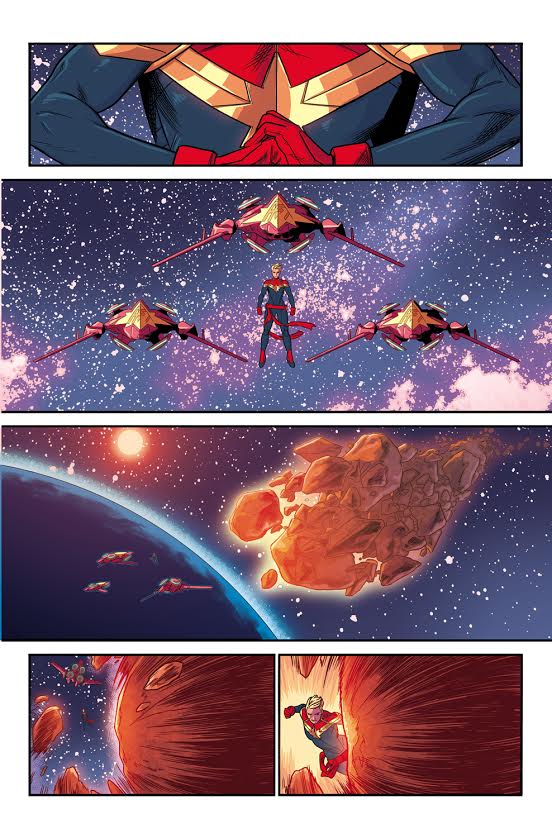 The (dialogue and text-less) pages Marvel offered for preview give a taste of these aspects of the series, presenting Captain Marvel, backed by three ships, confronting what appears to be an asteroid of some sort heading towards Earth. In true Carol fashion, she punches the mass apart with her bare hands. If the third page Marvel provided is any indication, however, not all is going well for Carol. It seems to present her attempting to interact with fellow members of Alpha Flight and not quite succeeding. 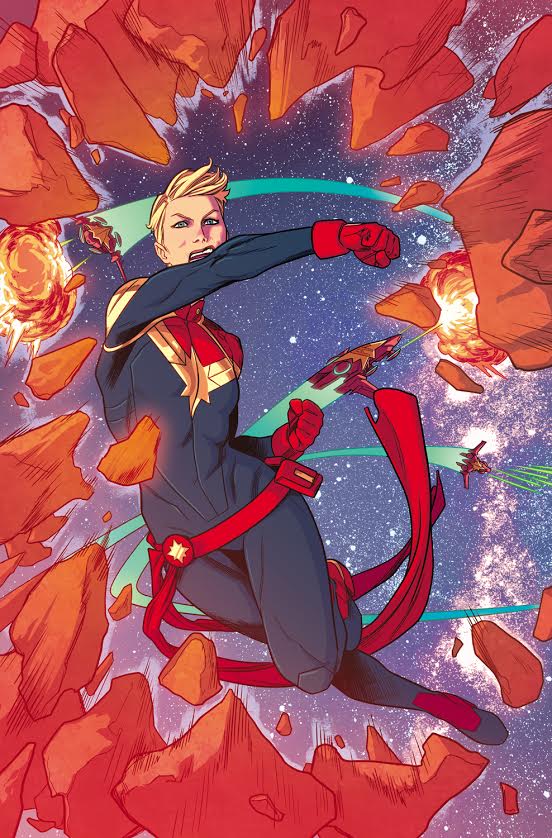 Carol Danvers has become an increasingly important part of the Marvel Universe over the last decade-plus, punctuated by DeConnick’s long and lauded run with the character. With a feature film due out in 2018, Marvel obviously wants to ensure that the character’s presence continues to grow, and this relaunch looks to be another step in that process. 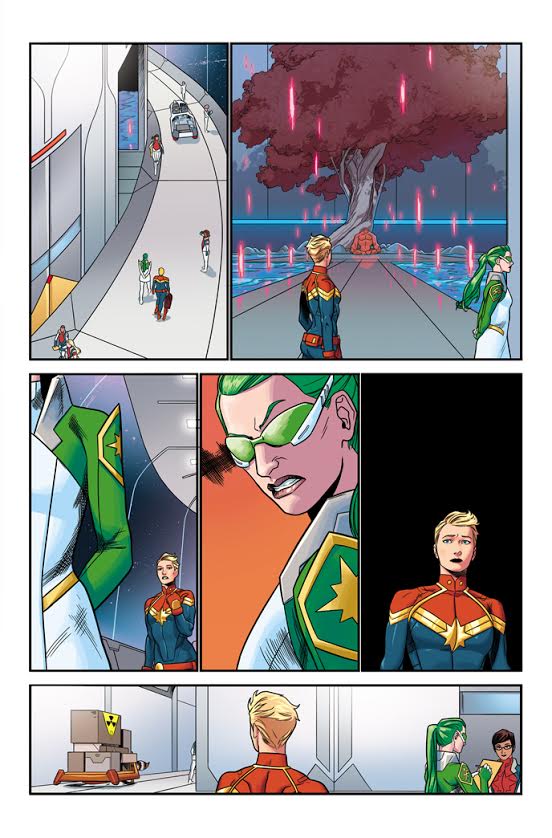 CAPTAIN MARVEL #1 by Fazekas, Butters, and Anka is scheduled to be released on January 20, 2016, and will ship with numerous covers including Hip Hop, Deadpool, and Cosplay variant covers. Stay tuned here at Comicsverse for more Captain Marvel coverage.

READ: Check out how Carol’s younger counterpart is doing post-SECRET WARS with our MS. MARVEL reviews!