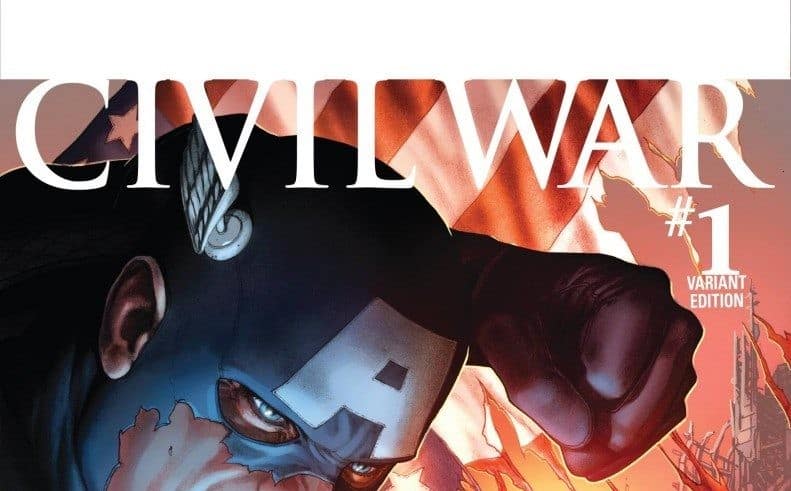 CIVIL WAR #1 by Charles Soule shows us an alternate world where Marvel’s Civil War over the Super Human Registration Act never ended… but the ultimate end may be just around the corner! 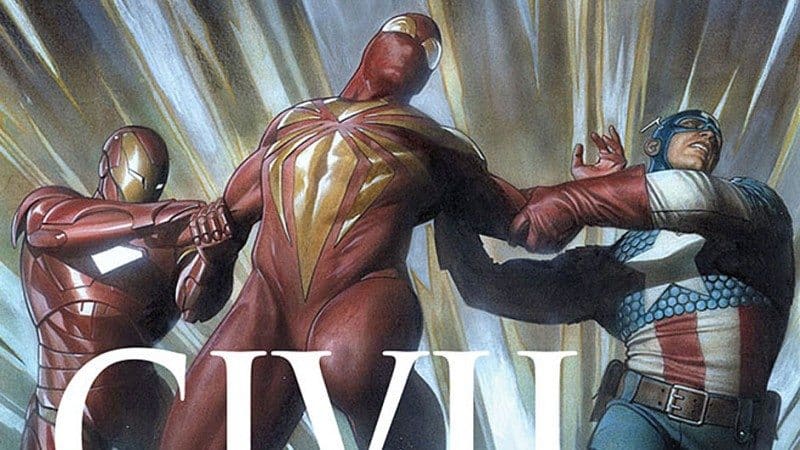 With the July 17th release of Ant-Man just around the corner, fans of the Marvel Cinematic Universe are eager for Captain America: Civil War, which will capture one of the biggest crossover events in Marvel history.  While the original story had a clear beginning and end, the first few pages of CIVIL WAR #1 rewrite this ending so that we can understand why this alternate version of events has been able to occur.  It turns out that Project 42, the Negative Zone prison built by Reed and Tony, blew up in the middle of Cloak’s teleportation, which was used in the original series as an escape plan.  There is some question as to who it is that decided to blow up Project 42, with both sides blaming the other.  Needless to say, for 6 years or so, the Civil War has raged on, with both sides eventually taking their own halves of the nation, effectively forming two new countries: The Iron, ruled by Iron Man and his allies, which police their country to detect and train new superhumans; and The Blue, led by Captain America, a place of freedom which is viewed as an anarchistic rogue nation by outsiders.  In this issue, the two finally meet face-to-face, and it doesn’t go as well as anyone hopes.

One of the major themes to this issue (and really to the Civil War storyline in general) is how to reconcile differences when no one is wrong.  Throughout the story, we see both Cap and Iron Man’s point of view as far as Super Human Registration, and both make a lot of sense.  However, this isn’t the only way the two warring factions can’t see eye-to-eye.  They both blame each other for the destruction of Project 42 and the massive deaths that accompanied it.  There’s also an event towards the end of the issue that helps illustrate this divide further.

As a fan of the original Civil War series, CIVIL WAR #1 was a welcome surprise.  As with the other titles in the recent SECRET WARS events, I assumed it would be only tangentially connected, or perhaps just reference the initial title.  I was shocked to see that this would be continuing one of my favorite Marvel storylines.  The tension in this first issue is very obvious, and that’s a testament to the writing.  Each beat is accented perfectly so that each thought has its own emphasis and intention.  The pace of this issue is awesome for a #1 issue- despite being quite expositional, and with little action, it kept my attention the whole time, largely due to the suspenseful nature of the story.

The weakness of this issue, if there is one, is in the art.  There are a couple of strange facial expressions on close-ups that took me out of the flow of things.  For one of these moments, it detracts from what should be a really powerful emotional event.  Another issue on occasion is the shading/lighting.  While done well throughout most of the issue, there are a few illustrations where the shadowing appears blocking and doesn’t flow like natural like would.  Most of the issue is done pretty well, though, and there’s a huge cast of characters, so catching the individual look of each one is no easy task. 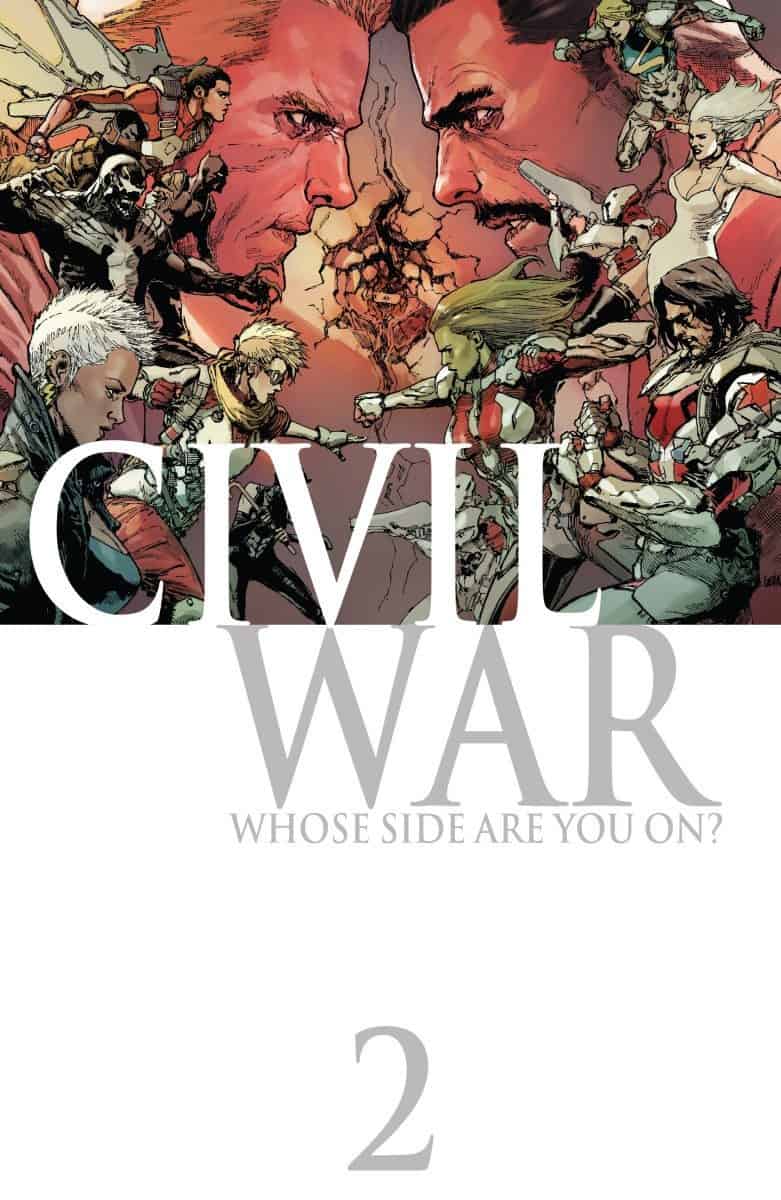 CIVIL WAR #1 gives us the sequel that we never knew we wanted to the original epic storyline.  With what promises to be a lot of action on the horizon, this issue kicks off what may very well end up being my favorite story in the SECRET WARS event… I mean, it’s already my favorite #1.