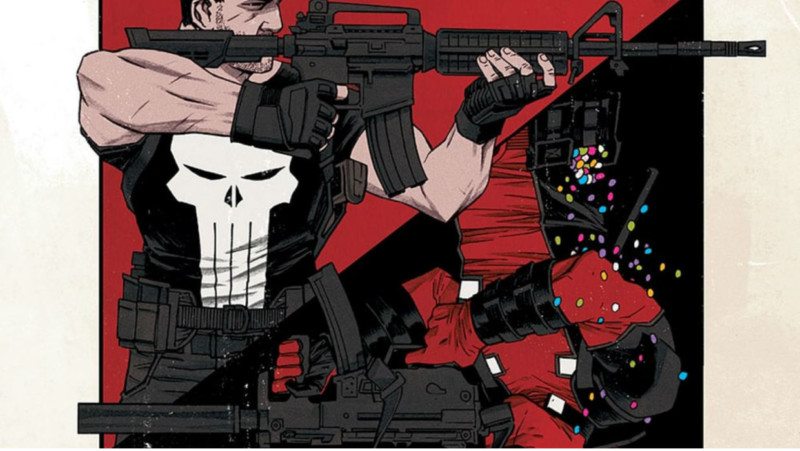 While 2016 will go down in infamy for its inhumane cull of a number of our favorite pop-culture icons, (R.I.P Carrie Fisher. R.I.P Prince. R.I.P Alan Rickman) Marvel ensures an even bloodier 2017, at least fictionally, with its forthcoming series: DEADPOOL VS. THE PUNISHER, from writer Fred Van Lente (SLAPSTICK)  and artist Pere Perez (POWER MAN & IRON FIST). The five issue mini-series will serve as a reunion for two of Marvel’s most accomplished killing machines, and according to writer Van Lente, it’s not going to be a happy one. “Oh, they do not like each other, particularly from their [Thunderbolts] days on the same team together,” said Van Lente, in an interview with Marvel News, “Wade thinks Frank is a stick in the mud while Frank thinks Wade’s healing factor has made him loud, sloppy, and useless.” 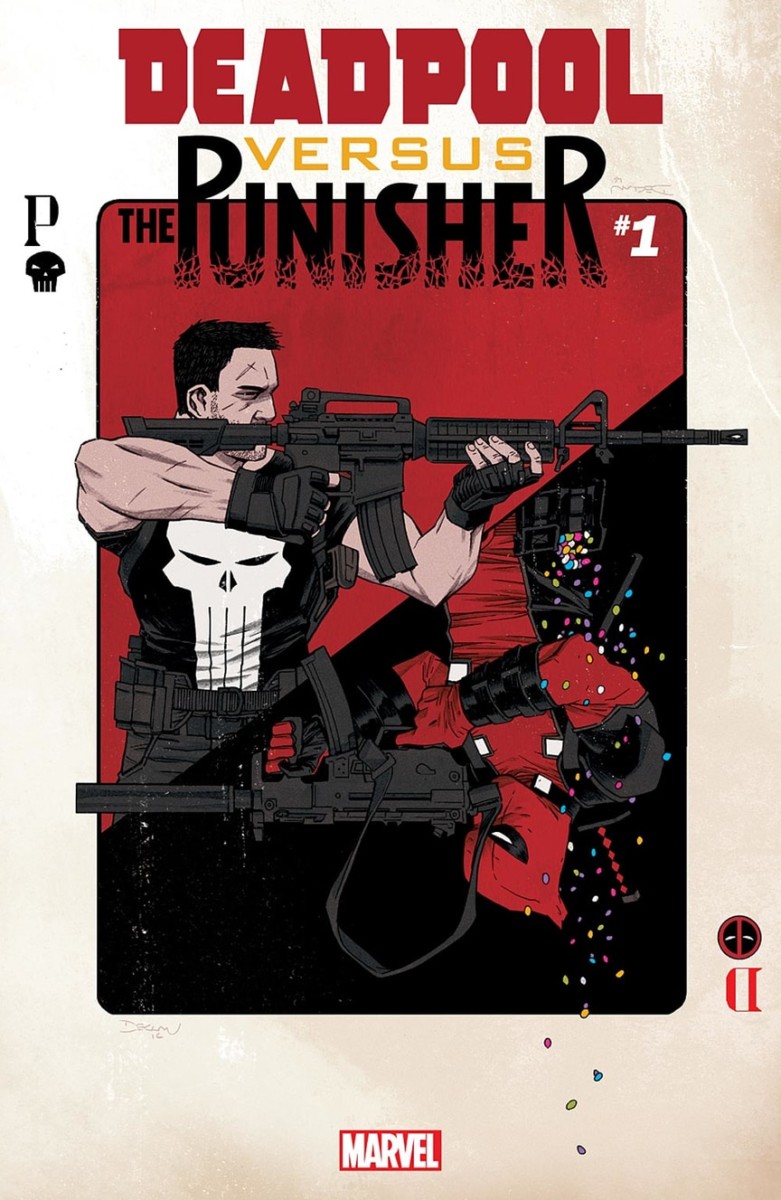 Cover by Declan Shalvey with colors by Jordie Bellaire

The two anti-heroes come for each other, guns a-blazing on account of a villain known as “The Bank” whose longstanding presence in the Marvel Universe has largely taken place in the shadows. As his moniker suggests, The Bank is a money man, who, over the last few decades has been handling offshore accounts for a wide variety of amoral-to-immoral individuals and organizations. However, The Bank is also one of Wade Wilson’s oldest and dearest friends, from even before his time in Weapon X. Naturally, when Punisher decides that it’s time to make a lead deposit in The Bank’s skull, he’s going to have to go through Deadpool to do it.

READ: Tim Miller Dispels Rumors Regarding DEADPOOL 2
According to Van Lente, DEADPOOL VS. THE PUNISHER: BULLET TO THE BRAIN is an “ultraviolent super-crime tragi-comedy” that drops Deadpool in a “gritty crime story” and Punisher in the “insane, manic world” of Deadpool and lets them “try and shoot their way out of it — and at each other!” The Punisher’s deadpan black humor and Deadpool’s comedy: a manic, wacky, quippy defense mechanism will collide this April (likely in a hail of bullets, and lots of blood) with DEADPOOL VS. THE PUNISHER #1 and #2! Who’ll have the biggest, baddest gun? You’ll have to read and find out.