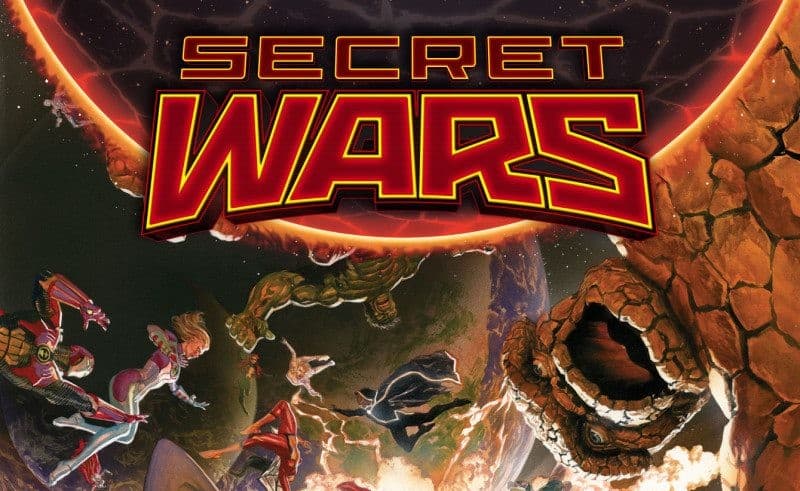 What’s in Store for Marvel After the Secret Wars Relaunch?

Secret Wars is rapidly approaching and change is coming. With little known of the Marvel universe post-Secret Wars, I have decided to reign in on which creative teams would be a great candidate to relaunch their titles. This week in honor of Avengers: Age of Ultron, I reveal my ideal Avengers creative team!

It has been (kinda) announced that Mark Waid would be writing All-New All-Different Avengers, and there are rumors of him writing the main Avengers book. It is the right choice to go with Waid. Waid has proven that he is a great writer time after time with Daredevil. He was able to raise the popularity of Daredevil from a niche book to a must-read book. His ability to understand the core essence of a character and to write to their strengths and weaknesses makes Waid one of the strongest candidate for the book. Unlike Hickman, Waid keeps his arcs short and larger plot points clearer, which makes it easier for any reader to jump in throughout the series run.

Adam Kubert is a big gun that has not been seen much. After Avengers vs X-men, he has shown up in one-shot issues and limited-runs like the recently announced Spider-Man: Renew Your Vows. He is running the Kubert School with his brother but if he could ever spare the time then this is his book. His art has gotten better with age. I may not have been a great fan of Avengers vs X-Men, but his art in the book was gorgeous. I also recommend taking a look at his Astonishing Spider-Man & Wolverine series for another gorgeous book (definitely on my to buy list). He is definitely a name in the industry that will pull in readership. With Justin Ponsor on colors, the book will be beyond Avengers-level amazing.

Hopefully after Secret Wars there is no need for an Illuminati. Things have been pretty dark and serious with that group and it is about time New Avengers goes back to its roots. I really enjoyed the early days of Bendis’ run on New Avengers and the down to earth street level feel. Al Ewing has given us that feeling in his Captain America & Mighty Avengers series. He writes very character-driven books, and the relationship between the characters are also a focus point. He also keeps the action very street-level. The heroes focus on the community-level threats while the Avengers take on the omega threats. The roster would be similar to his current Mighty Avengers team, which will open reader’s eyes to lesser-known awesome characters like Spectrum (currently the leader of Cap & MA) and White Tiger. Hopefully he could bring in more street-level characters like Iron Fist and Daredevil. Ewing will definitely bring a more fun atmosphere to the series.

It is time Humberto Ramos move from the Spidey office to Avengers mansion. He is already the artist of Marvel’s top book, but on an Avengers’ book he could expand and do more expressive panels on a larger scale. Ramos brings high energy and expressive movements to every page he draws, with the help of Delgado’s colors. It is still a familiar setting since Spider-Man would most likely be part of this team. This art team has worked hard and it is time they get their time on an Avengers book.

If you want to do a secret op Avengers book, then look no further. Nathan Edmondson is an expert in spec op/military writing per his book The Activity. He is currently writing Black Widow, Punisher, and Deathlok for Marvel. He has mastered the skill of espionage and how op teams run. He writes a brilliant story in Black Widow and Punisher. He shows us how he can balance emotions with these troubled characters. I honestly thought of Punisher as a violent character that I could not connect to until I started Edmondson’s run. This is the kind of story element that needs to be brought into an Avengers black op team. It will give us a reason to care for characters that are doing the bad yet necessary things, similar to Remender’s Uncanny X-Force. Having Ales Kot as a co-writer will help Edmondson balance his workload as well as help him transition to a team book. Kot is currently writing the Secret Avengers title. He crafts serious missions around a humorous tone that has made me come to love that book. He would be helpful in aiding Edmondson in creating some humorous tone in a more serious version of the title. These 2 writers working together would be the perfect complement.

Michael Dialynas is the artist on The Wood with writer James Tynion IV. If you haven’t checked out his art in that book, then you are missing out on something special. Dialynas uses a unique style that comprises of simple line art and heavy inks. Check out his Instagram to see his commissions and understand why I can’t get enough of his art and why he deserves to be on this book. If only Marvel can steal him away from The Wood as they did for the Superior Spider-Man Team-Up Special. I have chosen him to do his own colors because he does a fantastic job at that, too. However, if he needs the breathing room, then award-winning colorist Jordie Bellaire would be my colorist choice. There is really no need for me to talk her up because she can sell herself. If you are reading a comic book, she most likely colored it, and she is crazy talented.

These were my post-Secret Wars Avengers creative team pick. Next time I’ll take a look at the Spider-Man line. Come back and see what changes I can come up with. Until then sound off in the comments below!