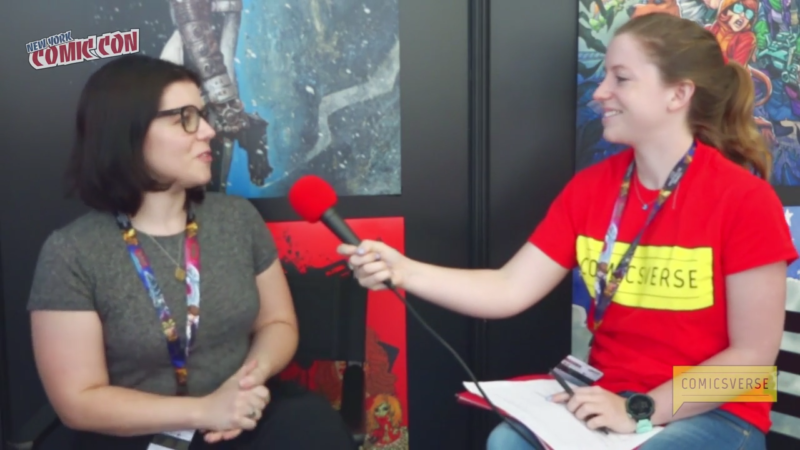 Marley Zarcone is the artist for the comic SHADE, THE CHANGING GIRL. For those who don’t know, the comic is about an alien named Loma from the planet Meta. Loma steals Rac Shade’s infamous madness coat and travels to Earth. When Loma arrives, she possesses the body of a comatose teenage girl named Megan. Before she went into her coma, Megan was popular but a bully, so some of her so-called friends (and even her parents!) are not thrilled to have her back. Between navigating her new life on Earth as Megan and not getting caught by authorities from Meta, Loma faces a lot of obstacles.

READ: Want to read about madness? Read our article on serial killers and madness!

In the interview, Zarcone gave a brief rundown of her history in comics and from where she drew inspiration for SHADE, THE CHANGING GIRL. We discussed surrealism and how to depict a concept like madness in a visual medium. Zarcone described her artistic process, and how she works from her imagination to create images. She also explained the unique challenges that arise while working in comics, and how long it takes to complete an issue. To anyone who still isn’t convinced, Zarcone defended comics as an art form. Finally, Zarcone gave us a glimpse at where SHADE, THE CHANGING GIRL will be heading, as well as what makes DC’s Young Animal imprint unique.

If you haven’t already, make sure to check out SHADE, THE CHANGING GIRL. Keep an eye out for Marley Zarcone — we expect lots of great work from her in the future!