I can’t imagine the frustration that must come with fame. The very thing you become famous for will become the only thing people think you should do. Perhaps this relationship with the public stirs a desire to prove you aren’t just one thing. We know the deal — at some point celebrities branch out into other crafts. Sometimes you get a Donald Glover, an accomplished actor and rapper, but most of the time you get Cara Delevingne unconvincingly convulsing in the hyper-trash SUICIDE SQUAD or Bruce Willis’ R&B album, The Return of Bruno. ANGEL CATBIRD delivers the latter. After the first volume of the trilogy received lukewarm reviews, the second installment gives us more of the same. The art and color are great, but once again the writing is corny, the story lacks depth, and the agenda stares you down like a poorly-mannered child. No seriously, at the bottom of several pages are footnotes with information that pound you over the head to say, “That page was about making sure you don’t let your cat out, dumb dumb.”

I’m not a cat or a bird person. I have a scar by my left eye from when a cat scratched me at 9 months old. When I was 8, I ran around scaring pigeons, so my father snatched me up, held me like a sleeping bag, and put my face right next to one as he asked me if I felt tough. I did not; I cried. Maybe I’m not the audience for ANGEL CATBIRD, but honestly, who is? Furries? Children? Or fans of Margaret Atwood who are hungry to purchase anything written by the author? Since the quality of this book is low, one can only assume Dark Horse has backed off and let their celebrity author be the sole draw. In times like this, one is reminded of SEINFELD’s Kramer, who informed us, “You don’t sell the steak, you sell the sizzle.”

Ms. Atwood is a famous award-winning writer, activist, and proud Canadian. If you’re a teenager and none of this is ringing a bell, you can check out her Twitter page. She’s verified, dude, and she’s got like a million followers. Her acclaimed novel, The Handmaid’s Tale, is resonating with people thanks to the Trump Administration and will soon debut as a television series on Hulu. So the answer to our question is pretty clear: Dark Horse wants that name-association.

Still, why release a lackluster comic just because a celebrity is attached? Comics are a business. Businesses must branch out to different demographics. They know the fanboys will buy their comics, but they want the people who aren’t reading comics. Celebrities can cross lanes even at a detriment to the craft because someone somewhere is going to buy it. Michael Jordan dresses like shit poorly but he’s a sneaker mogul. Success comes with sacrifice and commerce beats culture every time. 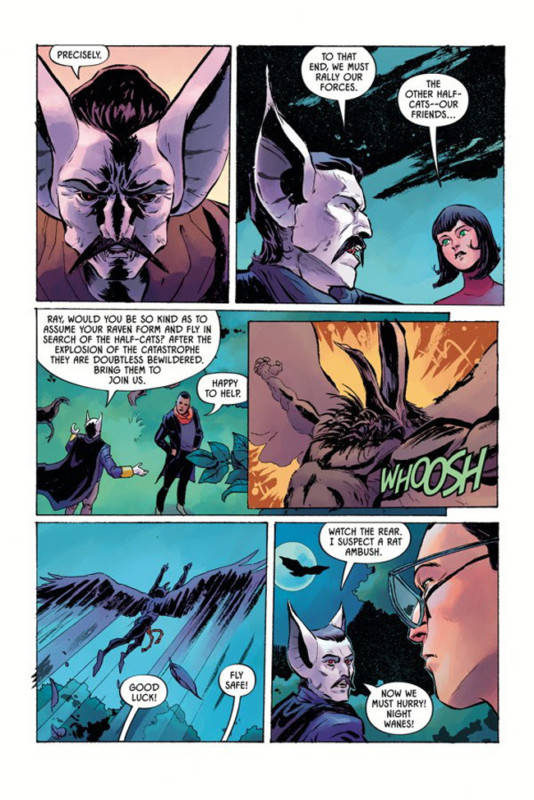 I respect Margaret Atwood’s right to try her hand at comics. In fact, adding an acclaimed female author to the industry should be a win for the comics — the industry’s male to female ratio would make a frat boy gag. It is ultimately a loss because ANGEL CATBIRD dismisses the work comic book creators and fans have done to remove the stigma of comics being silly pulp pieces. At one point it is revealed that Queen Neferititi’s name was translated incorrectly, she was actually a cat woman named Queen — wait for it — Neferkitty, which is literally a character from THE GARFIELD SHOW. Missteps like this are not reflective of the culture of comics, and that isn’t her fault. If I let my friend drive my new car despite the fact that he had never driven a car, there is a good chance he could kill us both. Ultimately, the blame falls on Dark Horse, and they aren’t alone in this act of celebrity indulgence, everyone from the big two to much smaller publishers have backed creators with star power.

Image Comics also gave Tyrese Gibson a comic, MAYHEM! Rashida Jones wrote FRENEMY OF THE STATE for Oni Press. It had solid debut sales, but not much critical praise. Especially noteworthy is that Jones sold the film rights to her comic and a movie has not been released. We can list names all day. 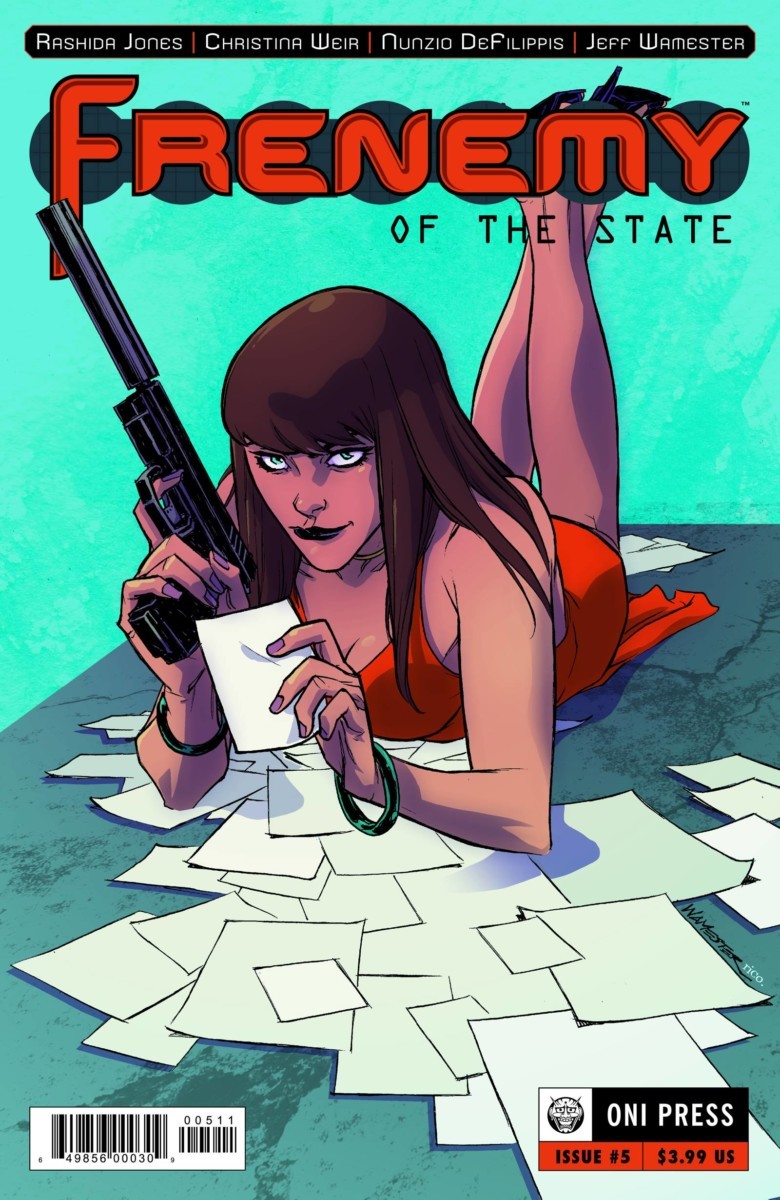 There are plenty of celebrities who have either written comic books or made cameos so shameless that Stan Lee would wince, but there are exceptions who appear to take to the work. Ta-Nehisi Coates is following up the success of his book Between the World and Me with a solid BLACK PANTHER run. My Chemical Romance singer Gerard Way won an Eisner Award for THE UMBRELLA ACADEMY: APOCALYPSE SUITE. In these situations, comics and celebrities are simpatico; I just don’t think Margaret Atwood cares about comics beyond her experience. ANGEL CATBIRD’s simple style is not an homage to the Golden Age of Comics — it’s a rip-off. Outsiders Coates and Way acknowledge that the medium of comics is alive. Comics grow and change. Its audience demands more than pulpy, boom-pow shtick. With dialogue like, “We have a common enemy! A powerful super rat-man has arisen who is determined to destroy all birds and cats, and half-birds and half-cats,” one wonders if Ms. Atwood has opened a comic book from this century. Which is odd because this isn’t her first comics rodeo, she contributed to THE SECRET LOVE OF GEEK GIRLS in 2015.

Perhaps the comic community should accept that this is just part of the business. As more comic movies and shows get optioned, maybe we’ll see more outsiders want to play with our medium. Maybe Dark Horse thinks that, after someone pick ups ANGEL CATBIRD, they’ll read other comics. However, comics have endured because of the quality of the product, not the big stars attached to it. If you don’t believe that, please name a world-famous author (originally known for comic books) not named Stan Lee — I’ll wait.