With the critical success of author Ta-Nehisi Coates’ transition to the BLACK PANTHER series, Marvel now adds Goosebumps author R.L. Stine to the mix. This time, the renowned storyteller of teen-horror is paired up with the bizarre nature of Man-Thing for a five-part miniseries. Fortunately, MAN-THING #1 proves that the sarcastic and forlorn muck monster is a perfect match for Stine’s campfire style storytelling.

READ: If you still haven’t read the latest ELEKTRA #1, our review will change your mind!

Man-Thing, who was once a mild-mannered scientist named Ted Sallis, now tries to cling onto his acting career in Hollywood. Due to his..uhh..complicated appearance, the troubled character’s likability hits low with audiences. As he wanders the streets of Los Angeles, Man-Thing attracts unwanted attention from the crowd, who are either disgusted or frightened by his presence. The character, possessing a strong intellect, takes the banter very well and counters with sarcasm — and it’s very entertaining. And in the middle of it all, you are also treated to Man-Thing’s origin story. This quickly summarizes the character’s tragedy for new readers which later places him in his current and strange (and somewhat hilarious) predicament. 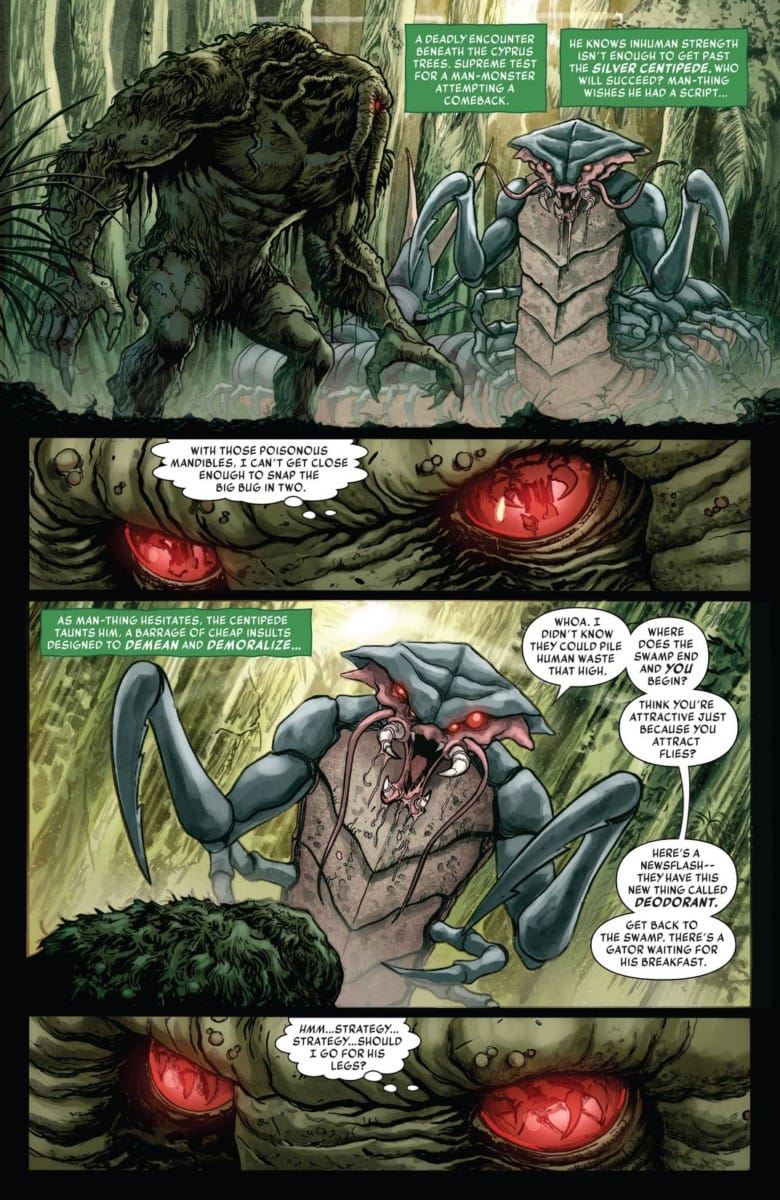 This may be R.L. Stine’s first comic debut, but his transition to the medium proves to be solid for the first issue. In a sense, Stine reinvents Man-Thing. Instead of going towards the full horror and depressing path, Stine adds moments of levity and humor to how the titular character reacts to his surroundings. Man-Thing is giant swamp monster in Hollywood who’s trying to make it as an actor — no matter how campy that sounds, the plot actually works.

WATCH: The latest episode of our Weekly Comics News Show shares the latest news and releases from Marvel and more!

Although succeeding with character depiction and keeping readers hooked with a cliffhanger that’s reminiscence of the Goosebumps TV show, it’s Stine’s own narration that undermines the issue. Throughout the pages, there are placements of green narration boxes which take out the full effect of a scene and even one’s imagination. There are panels where we can clearly see what Man-Thing’s intentions and actions are, but Stine throws in his voice to repeat what we already know from the art. This just comes off a bit distracting. 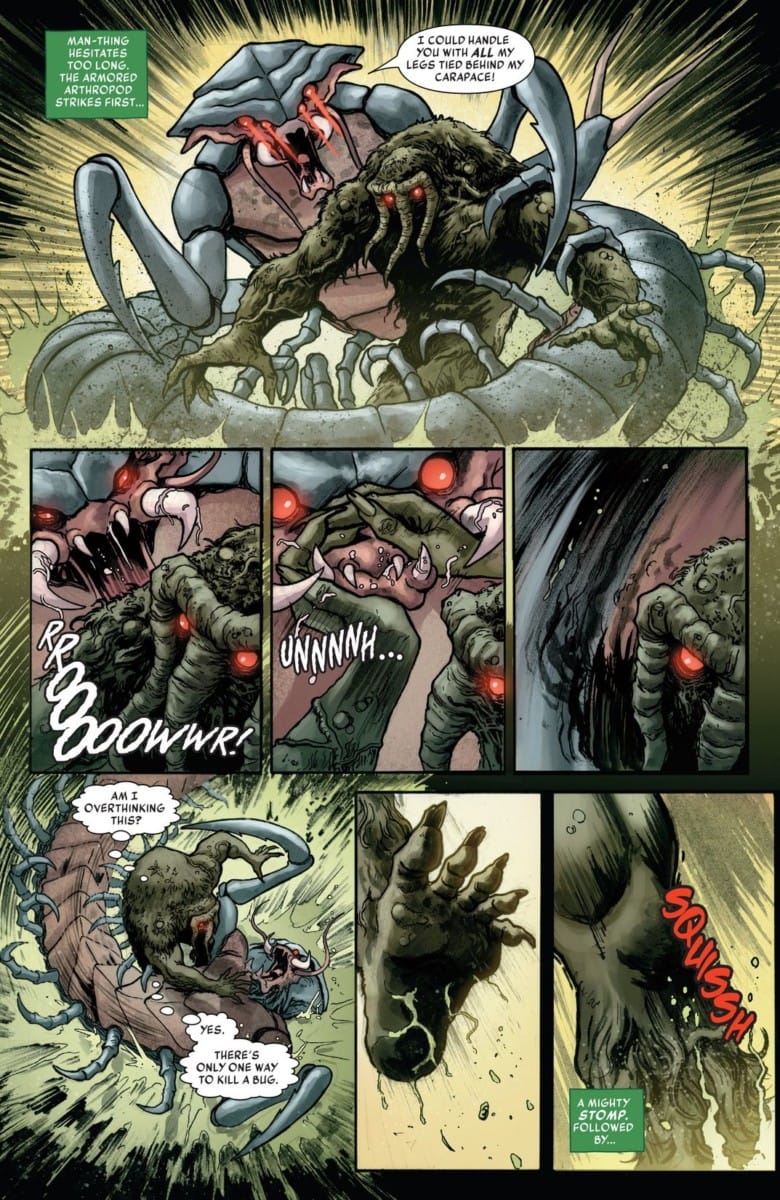 The art style of German Peralta compliments the tone of the overall issue, keeping the classic roots of Man-Thing while not going over the top with gloom. Since he’s covered in green muck, the art creatively captures the giant’s emotions through the movement of his vine shaped eyebrows and hands. The colors of Rachelle Rosenberg stand out due to the use of red for Man-Thing’s eyes and the overall green aura that lurks within the pages. The art keeps the reader focused on the main character, even with all the bystanders and changes of pace during action sequences.

With four more issues to go, MAN-THING #1 is an admirable beginning of the end for this character. Despite certain distracting narration, Man-Thing’s new approach to life in this re-imagined story is quite amusing. R.L. Stine’s writing style for the issue is sure to resonate with fans of the author while the art does a great job reflecting the tone. The latest featurette of Man-Thing failed to appeal to the fictional audiences in the character’s world, but will definitely get the right type of attention from you.