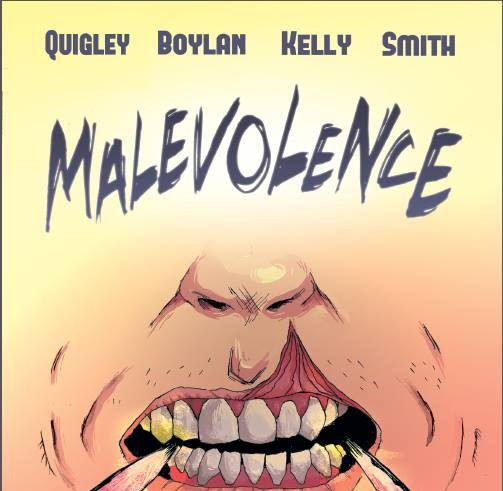 MALEVOLENCE is an unsettling psychological horror story set in America during the periods 1910 and 1930. It centers on the character of Sean O’Connor, an Irish Immigrant who is plagued by voices only he can hear. He is also involved in a spate of child disappearances. Dogging O’Connor until he finds out the truth, is an embittered Detective Sykes. O’Connor is a soul engulfed in a malevolent dream that he can’t seem to wake from while Sykes is desperate for an arrest. Yet in this story, there are no heroes, only people driven by own their own personal demons, whether that means to find justice or a moment’s peace. The creative force behind this excellently creepy story is not one, but four people: Hugo Boylan, Hugh Quigley, Dearbhla Kelly, and Kerrie Smith.

READ: We throw a spotlight on some Independent Creators!

Hugo Boylan, writer, constructs a script that jumps time periods every page as it builds to a climax as unsettling as it is satisfying. His character development throughout the story presents people who are more victims than anything else; O’Connor affected by a childhood trauma that leads to some very dangerous places, and Sykes, a focused cop, born with a cleft lip and a lisp, ready to wage war on the deluded O’Connor. 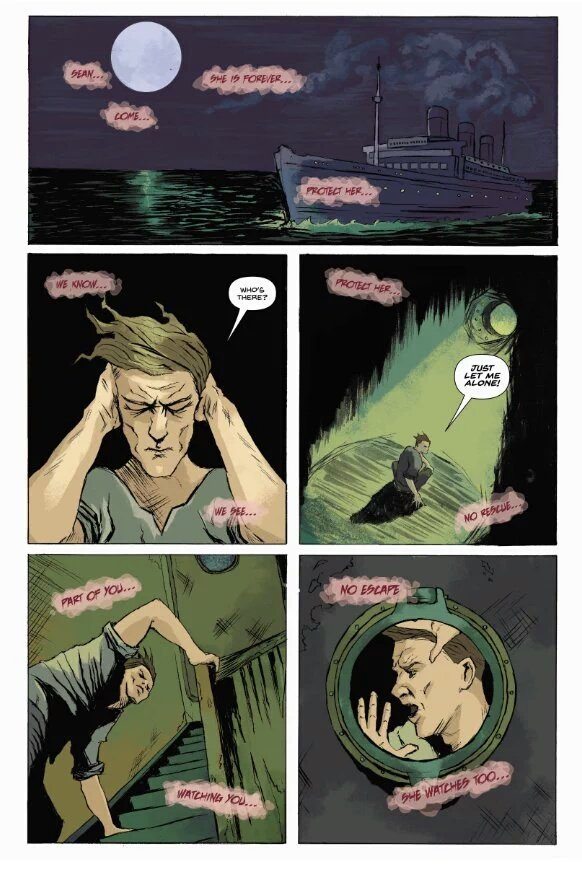 Artist John Quigley, (whose style is somewhat reminiscent of Jae Lee’s) creates panels full of drama. His O’Connor is a disoriented mess of man, constantly distracted by voices in his head. His Sykes is a steady guy, solid on his feet but with frustration and anger in his eyes. A snarl is never far from his lips. Quigley’s paneling is confident from page to page. Even as the story leaps from time period to time period, he controls the page, making sure the jumps are clean and the reader knows where they are at all times. Without giving much away, his last full page spread is glorious in its shock and horror with great creature designs.

READ: We review RABBIT AND PAUL, a unique Irish comic!

Another nice touch to the storytelling is propelled by Dearbhla Kelly’s colors, who adapts a different color scheme for each time period: green for 1910, orange for 1920, purple for 1930. While Quigley is mostly focused on character with limited attention to background detail, Kelly steps in to create the atmosphere for each setting. Her greens hark back to O’Connor’s youth in Ireland, a time of friendship and fairy-tales. Her oranges feel like the sun is slowly setting on O’Connor’s fate, while the dark purples she uses as the story reaches the end seems to surround the characters, creating an unease of what is out there, in the trees… 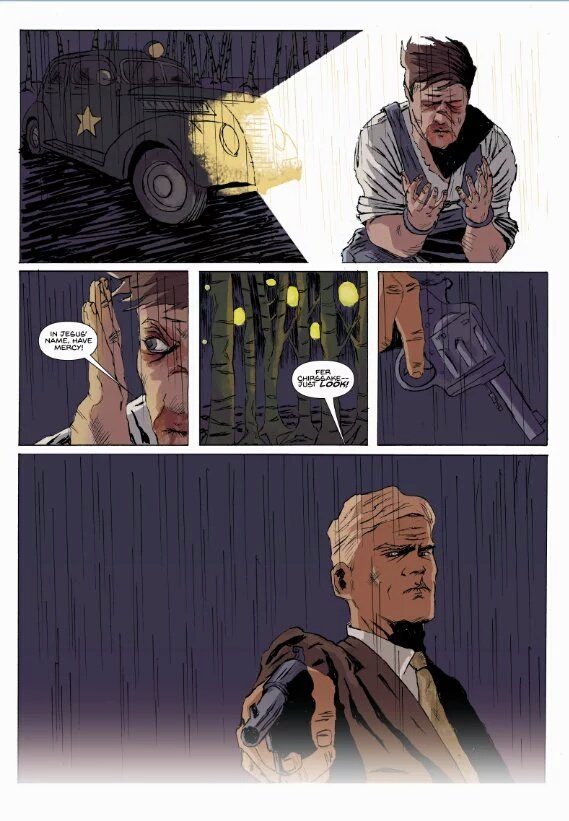 Kerrie Smith’s lettering pushes the story forward, guiding the eye throughout each page. The words that surround O’Connor, calling out to him, are effectively haunting. For an independent letterer, her work is as strong as any professional’s, and is better in a lot of cases.

There were one or two panels featuring Sykes where his body posture and his actions seemed a bit off, but in the larger scheme of things, it’s a small issue in a brilliantly produced book. Without any of these four people involved in MALEVOLENCE, I believe it would have not have been as effective as it is. Each brought something unique to the table and in turn we readers get a highly polished Independent horror comic that you’ll want to revisit again and again.