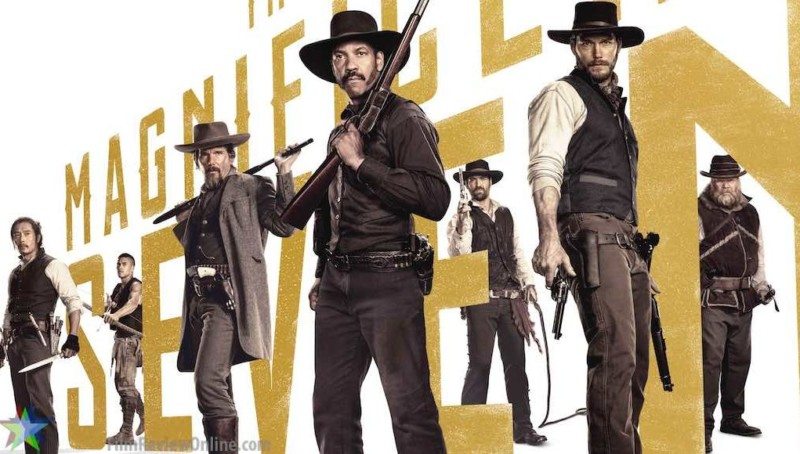 WARNING: THIS ARTICLE CONTAINS MAJOR SPOILERS FOR THE MAGNIFICENT SEVEN

Giddy up, cowboy! Anyone up for a good Western film? THE MAGNIFICENT SEVEN may or may not be your pick. Director Antoine Fuqua brings a stylish, action-packed, gun-slinging flick to modern audiences with his 2016 version of the classic Western about seven mercenaries who defend a small village. Despite all the glitz and glam of an A-List cast, from badass Denzel Washington to Korean megastar Byung-Hun Lee, critics keep asking the same question: why bother with a remake? The story is predictable, doesn’t build on or even live up to its predecessors, and reverts back to a stark good versus evil theme. Others defend the film, citing its amazing choreography and entertainment value over its failure at “cinema immortality“.

There’s no denying the critics claims either way. The remake pales in comparison to Seven Samurai, the film the original Western was based on. Aikira Kurosawa’s Seven Samurai gave rise to the gathering heroes trope itself. Current films will have a difficult time accomplishing something equally as great. Instead, what Fuqua brings to the table is the diverse cast of actors that the original Western was due. In an interview with Buzzfeed, Fuqua noted that “Very few times have you seen a Western truly told from a Native American’s side, not from a white actor playing Native American.” While some critics argue that the representation seems to be in place arbitrarily, Fuqua’s intent still shines through.

THE MAGNIFICENT SEVEN remake set out to represent a cast of characters that more accurately reflected the historical reality of the time. “There were a lot of black cowboys, a lot of Native Americans; Asians working on the railroads. The truth of the West is more modern than the movies have been,” said Fuqua in an interview with Vulture. Instead of an all-white cast like before, we have Denzel Washington as Sam Chisholm, Byung-Hun Lee as Billy Rocks, Manuel Garcia-Rulfo as Vasquez, and Martin Sensmeier as Red Harvest. The majority of the seven main characters are people of color (POC). Ideally, this shouldn’t be considered something special; it’s only right to reflect the reality. However, given the fact that this is Hollywood, and that the studio executives originally compiled a list of mainly white actors, this balanced cast is a refreshing sight.

That’s not to say that these actors didn’t earn their parts. Martin Sensmeier discussed his experience auditioning and working on the film in an interview with Vincent Schilling from Indian Country Today Media Network. He described the “long process” of auditions he had to go through, as well as how one Oscar-nominated actor “tore into [him] for being late”. While critics might reasonably argue that he seemed to merely play a token native character, there is still something to be said about the visibility of Native Americans in the media. Considering the incredible lack of Native American representation, at the very least THE MAGNIFICENT SEVEN gives us more of it.

Who Lives, Who Dies?

Here’s where the spoilers come in, so beware! Not only are most of the main cast people of color, but also they are the ones who live in the end. Josh Faraday (Chris Pratt), Jack Horne (Vincent D’Onofrio), Goodnight Robicheaux (Ethan Hawke), and Billy Rocks are killed in the final battle with the main villain, Bartholomew Bogue (Peter Sarsgaard).  Some might say that the white characters who die are elevated to the status of martyr or “fallen white savior” because of their deaths, but the movie, and the characters themselves, never make themselves out to be more than they are: mercenaries carrying out a job according to their whims. In the end, the townspeople hail them all as heroes equally.

Speaking of the townspeople, here’s a fun fact: in the original 1960 film, the seven hired guns protected a Mexican village from Mexican bandits instead of an American one from a corrupt white man. The remake successfully avoids the tired “white savior” trope where one or multiple white men come in to save helpless people of color. The story becomes more earnest in the sense that there seems to be less of a political agenda in terms of promoting certain demographics over others as heroes. The balanced cast and change in villagers seem to level the playing field from a layman’s perspective.

CLICK: Check out this interview with the director of MIFUNE: THE LAST SAMURAI!

Another thing THE MAGNIFICENT SEVEN does well in its story is address racial discrimination without fetishizing the gory details. In the end, right before Bogue is killed, Chisholm reveals his personal vendetta against him. He reminds Bogue of how his men raped and murdered his mother and sisters several years ago during a raid, where Chisholm himself survived being lynched. The film doesn’t offer any gruesome flashbacks of these scenes, yet still, conveys the weight of them.

The film is peppered with details of the reality of discrimination throughout. It isn’t just a mindless action Western that ignores its characters’ diverse backgrounds, although it might seem so at times. When the audience is introduced to Billy Rocks, they’re given the story of how Rocks was refused service at a bar when Robicheaux first met him. Chisholm and Robicheaux discuss their past and the civil war and reconfirm their friendship despite Robicheaux’ previous role as a confederate gunman.

LOOK: Do you have strong opinions on politics and art? Check out this article by Brian Long!

The undertones of racial tension may not be strongly emphasized, but they are there. The races of these POC characters and the discrimination they face are important to their story, but they don’t define who they are. These seven mercenaries are marked more strongly by the paths they took in life, and how they decided to come together at the potential end of it. Of course, THE MAGNIFICENT SEVEN is not a paradigm or pinnacle of racial representation in film, but its contribution to that effort is not insignificant. It is one of few movies that give a main role to people of color without completely ignoring or overstating the discrimination they face. Viewers should never settle for mediocrity, but people should absolutely support this movie to encourage Hollywood to cast more POC in starring roles.